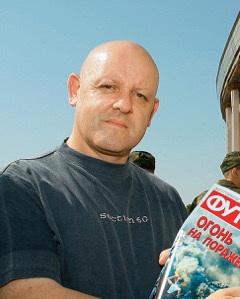 My name is Dougie Brimson and I guess I’m best known for penning the Elijah Wood film, GREEN STREET. However, I’ve also written two other features as well as 15 books including the thrillers, The Crew and Top Dog. I’m currently working on the third book in this trilogy. You can find me at www.dougiebrimson.com or on twitter as @dougiebrimson.

My first novel, The Crew, came about when I was asked by Lynda La Plante to devise a plot for one of her TV series. The idea I developed for her was turned down by ITV but she liked it so much that she told me that if I turned it into a novel, she’d provide me with a cover quote. Up to that point I’d only written non-fiction but how can you turn down an offer like that? So, I dived in and had a go. 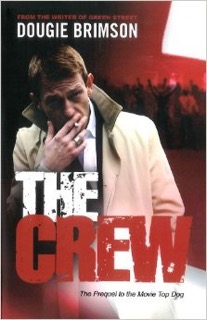 It must have worked out OK because to date, The Crew has shifted over 400,000 copies worldwide and has been at #1 on the Amazon sports chart for over 4 years.

My past, simple as that. My thrillers all have their basis in a world I’ve been around for as long as I can remember and which I’ve written about extensively in non-fiction books. This, I think, gives my characters a degree of authenticity which is missing in other books in the same genre.

With regard to the situations I use, again, they tend to come from either personal experience or are inspired by chance conversations or something I’ve overheard.

Prior to writing, I spent 18 years in the RAF and I’ve recently begun exploring ideas for using the military as a basis for something. That’s actually quite exciting. 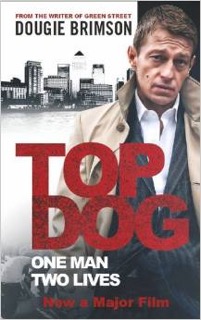 As someone who writes both non-fiction and fiction as well as the odd screenplay, my routine is largely dictated by what I’m working on at that point as each has its own demands. Be it a need to research or meeting the wishes of a director.

However, with novels I tend to get up very early, between 5 and 6, and write flat out until lunchtime after which my meagre brain generally becomes bogged down with other things such as food. That said, if I’m in the zone I’ll just keep going until I’m either out of energy or impetus. Whilst working on Top Dog for example, I was so wrapped up in it that I wrote for ten straight 18 hours days. I’m not sure I could do that again!

I never wish I’d written anything by anyone else although there are plenty of writers I wish I could write half as good as!

In this new feature, CRIMINALLY GOOD, I’ll be interviewing authors and writers (novels AND screenplays) who’ve written crime and mystery stories. The questions will be the same for everyone, so if you like what you see here, send your answers (plus your links to your books on Amazon and/or IMDB page if a screenwriter) to Bang2write@aol.com. Looking forward to hearing from you!