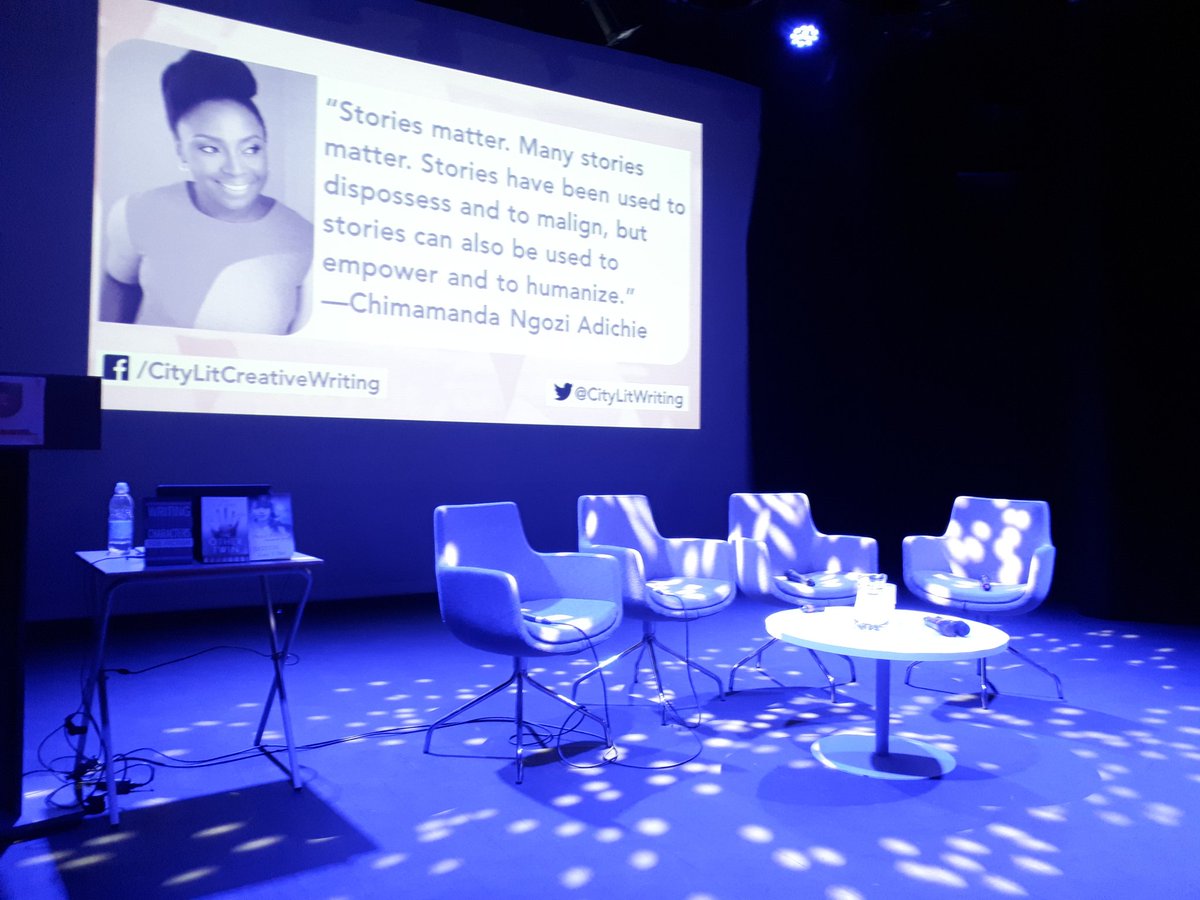 I was invited to give the keynote speech at the City Lit Festival of Writing last weekend – wow!

I was honoured to open the festival, especially as diversity is a subject very close to my heart. As far as I am concerned, diversity simply means ‘variety’ and who doesn’t want more variety in the stories available to us??

I get really frustrated when I see the ‘same-old, same-old’ turning up in spec and produced or published works. There’s literally no reason for it. We’re writers, we’re supposed to be imaginative! Why would we CHOOSE to write the same kind of thing, over and over again?

It’s for this reason I wrote not only my crime debut, The Other Twin last year (which is set in the LGBT community), but also my non fiction book, Writing Diverse Characters For Fiction, Tv & Film. 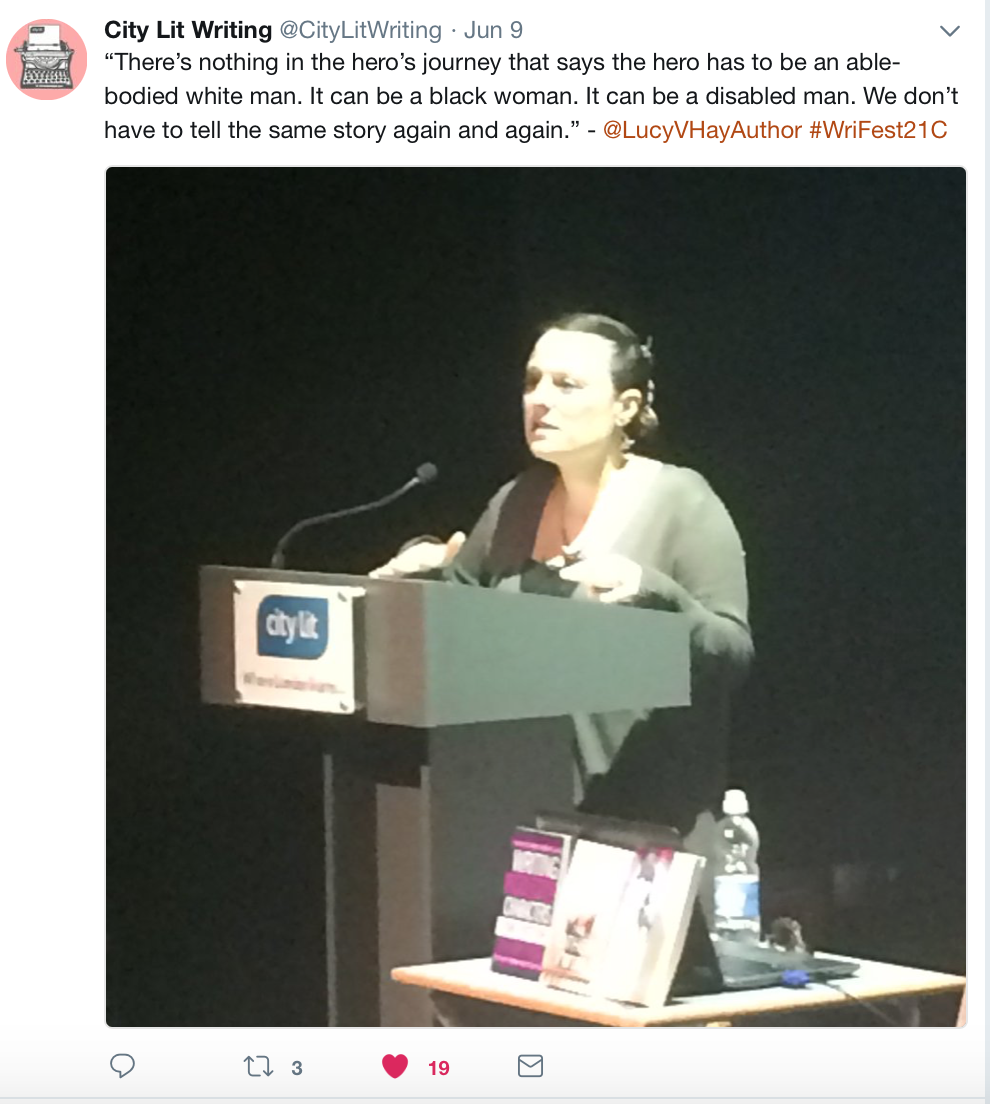 With the popularity of smash hit properties like Marvel’s Black Panther (and many other books, TV shows and movies) in recent years, it’s clear audiences have spoken and voted with their wallets – they WANT more diversity in their stories.

Of course, we’ve seen suggestions of the so-called ‘diversity drive’ before. There have been  female-centric stories, or stories involving ethnic minorities or people from other communities that have done very well … Only for other stories like them to disappear without a trace. This has then lead to producers and publishers throwing up their hands and saying diverse stories ‘don’t sell’.

What is unprecedented THIS time however, is just how ‘normalised’ diversity is becoming … ie. audiences want more variety as standard. What’s more, writers are more interested in diversity as standard.  It’s for this reason I believe we are in a period of transition right now and that diversity is here to stay this time … so we get a mix of stories, always.

Not a moment before time, either! 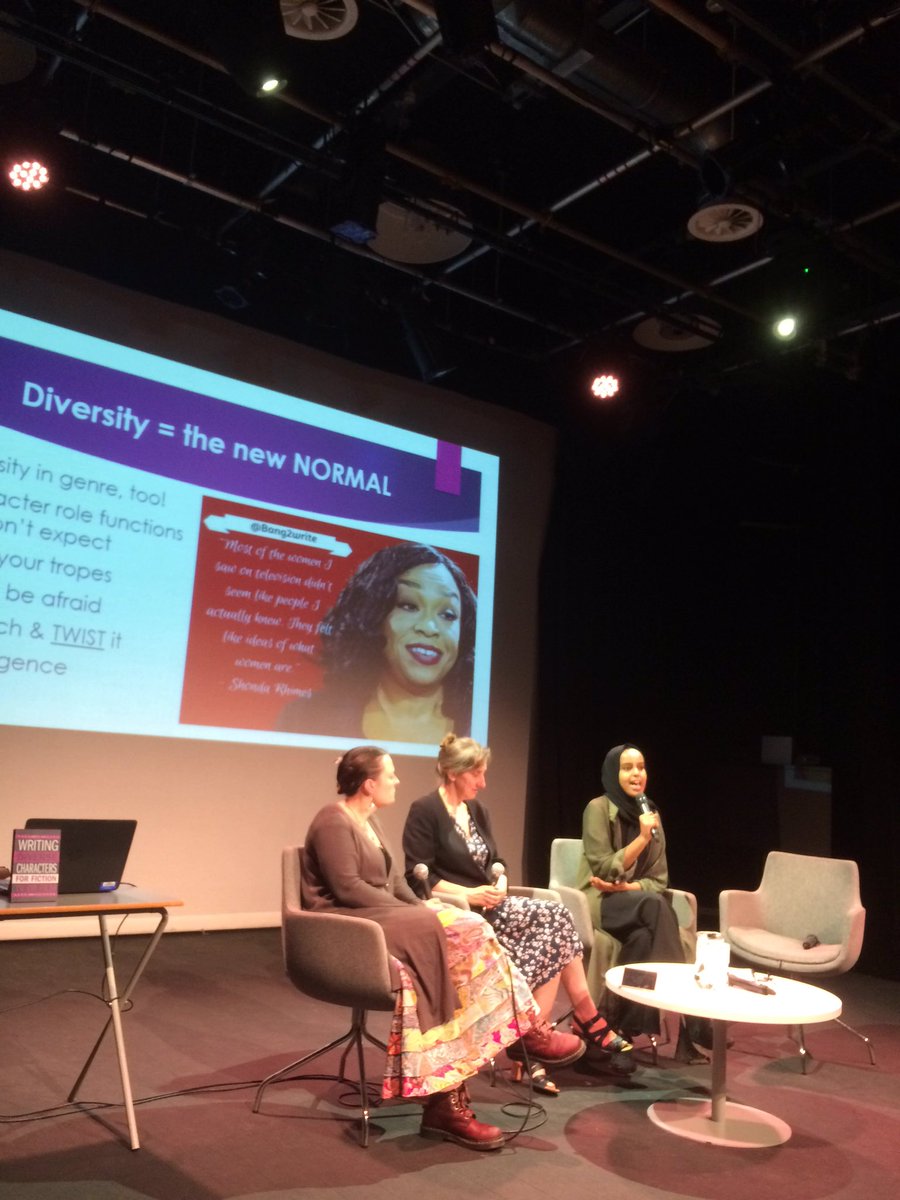 Authenticity is key when it comes to having true variety, of course. This is why so-called #OwnVoices pieces can be so powerful, especially when an unfair version of that story has been put forward too often before.

As an example, I wrote my YA book, Proof Positive, because I was sick of society’s unfair assumptions and stereotyping of teenage parents and pregnant teenagers. It’s often thought teen Mums and Dads are automatically stupid and bad parents, who don’t look after their kids properly.  Yet this was never my experience, nor any of my friends – so I wanted to present a different view, from someone who has been there and done that, quite literally.

But I’m really looking forward to a time so-called ‘diverse writers’ can just be called ‘writers’. We may look to them for authenticity on a certain experience, or we may not. After all, there’s no reason someone should HAVE to write within the frames of their experience, either (though that is debate for another time).

As an awesome coincidence, I had downloaded and started reading Kit’s book, I Am Leon, the night before the City Lit conference … So it was particularly fab to get a retweet from her, because I think her book is fab. Read it everyone!

2 thoughts on “Why Diversity Matters In 21st Century Writing”