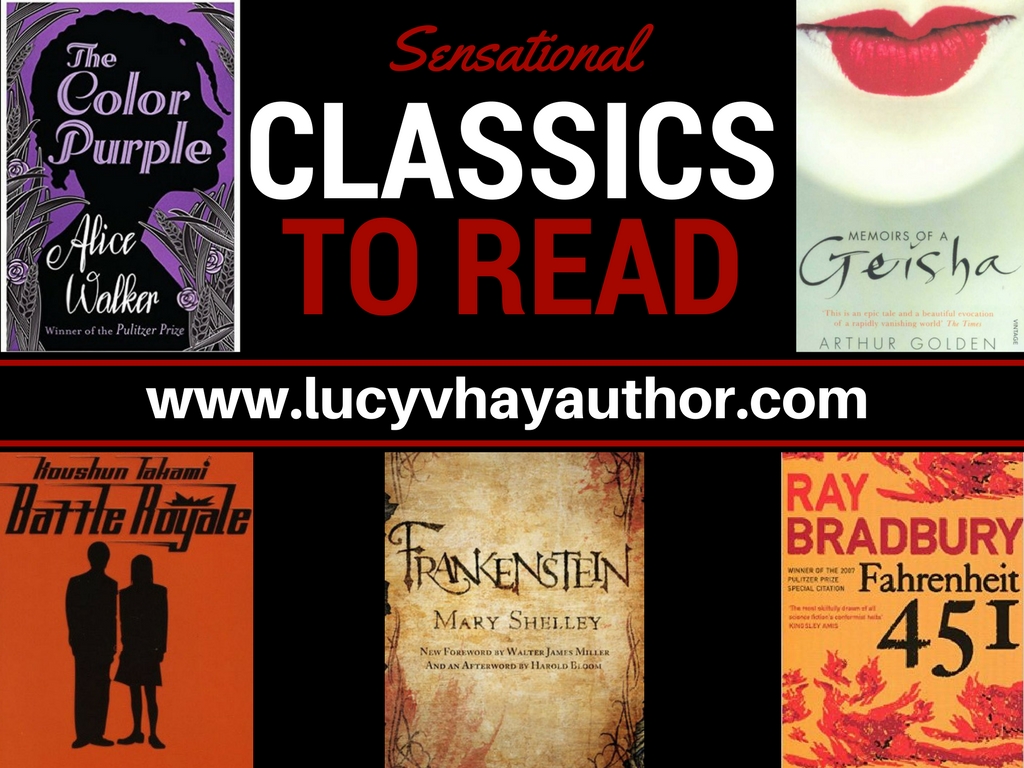 What makes a classic? For me, a classic book is one that penetrates the soul of many readers and stands the test of time … And by that, I mean it continues to sell decades after it was published.

We can all state the usual classic books by amazing authors like Dickens and Shakespeare, yet there are so many classics out there that don’t immediately spring to mind. Here are 10 Sensational Classics to Read Right Now!

Kids kidnapped and taken to an island to fight to the death until one is left standing, done in the name of entertainment and to maintain law and order over the unruly youth. Battle Royale may not scream classic, yet, Takami’s YA novel is not just a horror show. It’s a looking glass into the minds of teenagers faced with an impossible situation and their attempts to stay alive. Some give up, some become ruthless killers and some stand up against the government and try to escape. Dystopian as a genre is full of classic tales. This one being one of the best.

2) I know Why The Caged Bird Sings by Maya Angelou

This is the first volume in a series of six autobiographical books. It’s a coming of age story. Quote: “I was going to look like one of those sweet little white girls who were everybody’s dream of what was right with the world.” Two pages in and tears were streaming down my face. What a thing for a child to think. A powerful account of a difficult life, told in an innocent voice and in the style of a fictional novel. Have some tissues handy, you will cry. A non-fiction classic.

There was some dispute over this one. People couldn’t believe that a woman, and someone as young as twenty, could have penned this accomplished, dark, gothic story. Mary’s husband (also a writer) must have written the novel. Nope! It was found that her husband had done no more to enhance the story than that of a usual editor. Mary had indeed penned the tale. Frankenstein is whimsically written, lulling the reader into a false sense of security before the frightening truth unfolds. The story of Frankenstein’s monster has been retold using many different mediums. It’s a tragic tale of a manmade creature trying to find his place in the world. The creature ends up killing people and destroying is maker’s life, all because he doesn’t wish to be alone. Doctor Frankenstein is the real monster. A firm classic.

4) The Diary of a Young Girl by Anne Frank

When I was the same age as Anne, I wrote a diary. It was unremarkable garbage which involved teenage angst and gossip. I thought it might be publishable and actually wrote to my favourite author at the time to ask her opinion. She told me my diaries would have to be remarkable to be published. Mine might not have been, but Anne Frank’s certainly was! Written from age 13-15, Anne documented her life during the war and sadly died in a concentration camp, never to know her diary would be published. Anne describes people and events as only a teenager can. It is both heart-warming and heart-breaking: “In spite of everything I still believe that people are really good at heart.” A forever classic.

5) Memoirs of a Geisha by Arthur Golden

Arthur wrote this book over six years and it was released when he was forty. This is one of my all-time favourite novels, which is surprising because it does not fit with my usual ‘go to’ genres. What makes this classic story amazing is the fact Golden consulted a real Geisha and spent time studying and working in Japan. The novel transports you back to a time period when Geisha were at their peak. It’s a work of fiction but Mineko Iwasaki, who Golden had secret meetings with, was outraged when he named her in the acknowledgements. She received death threats and lost friends over breaking the code of Geisha and then wrote her autobiography: ‘Geisha of Gion’ as counter balance to his story. It makes me wonder how much of a work of fiction it is and that maybe there is more truth in this story than Geisha would like to acknowledge. 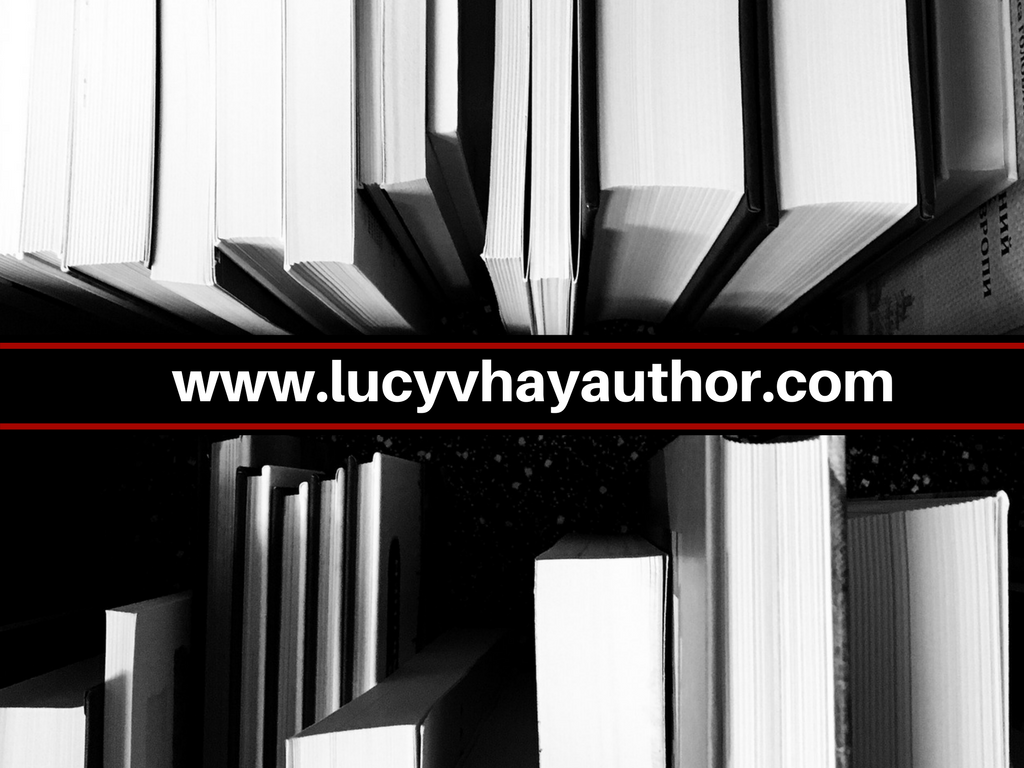 George had written ten books before he penned Animal Farm and was about forty-two when he wrote this amazing political tale about farm animals staging a revolution. The animals wanted freedom and a better life, what happens is far from it. This novella highlights how easy it is to manipulate facts to suit an agenda and how easily the mind will accept alt-facts. A clever story and one that stands the test of time, especially in the post Brexit, Trump age!

7) The Color Purple by Alice Walker

Written in entries titled ‘Dear god’ this book is strong from the start. It almost feels like non-fiction. The protagonist’s voice and character pops off the page, Celie’s southern accent coming through as if she sits in the room talking to you. Alice Walker actually narrates the audiobook, it’s haunting. The Color Purple is a tale of sexism, racism, abuse and control. It is also a tale of sisterhood and strength in the face of adversity. A southern girl, in impossible circumstances. There’s no question as to why this won the Pulitzer prize, this book deals in the human condition with unapologetic honesty.

8) Harry Potter and the Philosopher’s Stone by JK Rowling

The Harry Potter series is hugely popular and for good reason. I believe it is a classic tale across seven books. I’ve found that some adults have a mental block where HP is concerned and it’s a real shame. I read the books in my 20s and it was a magical experience. My children are now reading, watching and listening to the masterpiece that is the Wizarding World of Harry Potter. The story is riddled with messages of morality and touches on so many important issues; right and wrong and the grey area in between. Injustice. Life, loss and death. JK Rowling has sewn her fantasy world into our reality, and that’s the real magic of Harry Potter.

Ray’s writing is unusual. It’s written in prose I’d never seen before. Disjointed and poetic, like the story itself. The book is centred around the life of a man called Guy Montag, who’s a fireman; called not to put out fires but to start them. In this bleak idea of the future, books are outlawed and Montag’s job is to burn them and any personal libraries he happens across. Montag is soon disillusioned with the world he lives in and everything starts to unravel from there. A classic dystopian tale which is every reader’s nightmare.

For more on this title, read the case study HERE.

From a reader’s book-burning nightmare to a writer’s manuscript-burning one! Misery is one of my favourite King books. It’s the ultimate fangirl obsession taken to psychopathic levels. Annie Wilkes is a classic character and the idea of a writer being kept prisoner in order to re-write a book a fangirl was unhappy with is something I don’t think can ever be recreated. King has nailed it.

For more on this title, read the case study HERE.

IN CLOSING: There are thousands of classics and more being penned every day. I’d love to hear from anyone who can recommend classic work by LGBT, poor/uneducated or disabled authors. The person behind the book matters not, we don’t need to know who they are to enjoy their work but I, for one, think all voices should have an equal platform. Storytelling belongs to all of us. If we continue to increase the variety of voices and characters in our stories, the HUMAN race will continue to grow and flourish.

BIO: Emma Pullar is a writer and book reviewer. Her picture book, Curly from Shirley, went to number four on the bestseller list and was named best opening lines but NZ Post. As well as picture books, Emma writes horror, dystopian, sci-fi, fantasy and paranormal fiction. You can read her short horror story, London’s Crawling, in the Dark Minds charity collection. Follow Emma on Twitter, HERE.