With the advent of the internet, anything ‘real life’ went virtual. So, as soon as the technology became available, a number of casino operators raced to the forefront, bringing us online casinos, sports books and even poker sites. Land-based casinos started to be a bit relegated but still maintained their elegance and uniqueness.

Throughout the late 1990’s, the popularity of online gambling began to grow rapidly. In 1996 there were approximately 15 similar sites, but staggeringly by 1997 – just one year later! – this exploded to more than 200 online casinos. Now, in 2016, online casinos are worth a whopping £4 billion – and that’s just in the UK!

With so much cash potentially up for grabs then, this provides a rich and interesting backdrop for crime fiction authors and readers. Here’s some book recommendations on the gambling topic to get you started, all of which have a ‘true life’ twist: 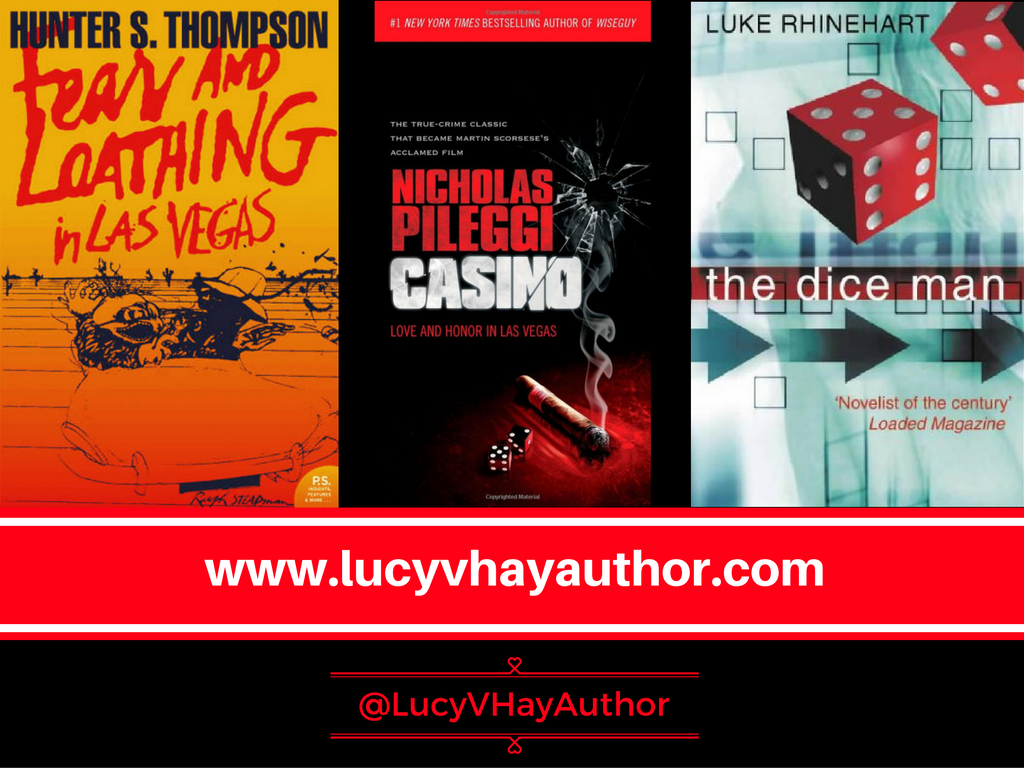 The glitz and glamour of Las Vegas and its many casinos makes it a popular backdrop  in crime fiction books, but THIS depiction of Las Vegas is far from the norm!

Goodreads describes Fear and Loathing in Las Vegas as ‘the best chronicle of drug-soaked, addle-brained, rollicking good times ever committed to the printed page’ and I’m inclined to agree. It’s a bit of a cheat including it here because it’s more about drugs than gambling,  but it’s definitely gone down in American pop culture as one of the strangest journeys ever undertaken. Well worth a read and very funny – just don’t expect it to make sense!

Nicholas Pileggi may be best known as the author of Mafia exposé, Wiseguy (which became the classic movie GOODFELLAS, directed by Martin Scorsese). CASINO is the inside story of when the Mafia controlled certain Las Vegas casinos, in the 1970s-80s.

A non-fiction book, this is fantastic and fascinating case study into the seedy underbelly of organised crime. Recommended.

3) THE DICE MAN by Luke Rhinehart

This became a cult classic and it’s not difficult to see why. Published in 1971 by George Cockcroft under the pen name Luke Rhinehart and tells the story of a psychiatrist who begins making life decisions based on the casting of dice. It’s said Cockcroft wrote the book based on his own experiences of using dice to make decisions while studying psychology. Yikes!

This is another fascinating book, but be warned – it’s NOT for the faint-hearted. It’s highly subversive, with chapters dedicated to controversial issues such as rape, murder and sexual experimentation. It’s even been banned in several countries! But if you can get hold of a copy AND get it read, then it’s well worth it.