BOOK VERSUS FILM: Story Of Your Life AKA Arrival

Story of Your Life Versus Arrival

ARRIVAL is written by veteran Hollywood scribe Eric Heisserer and directed by director of the moment, Denis Villeneuve (Sicario, Prisoners). It’s adapted from the short novella, Story of Your Life by Ted Chiang.

Warning – SPOILERS!!! Do not read on if spoilers bother you 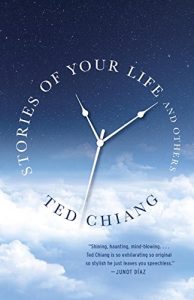 Ted Chiang’s stories are highly cerebral and Story Of Your Life is no different. Chiang is clearly a passionate, highly educated man and his writer’s voice is quite unlike others I’ve seen before (which, as someone who works with writers daily, is quite something!).

Unlike others in the collection however, Story of Your Life probably the most accessible (bar the award-winning Tower Of Babylon, which reads rather like a science fiction Bible story). Drawing heaving on academic references to linguistics then, Ted Chiang weaves a hypnotic, heartrending tale about a woman who is burdened with the knowledge her only child will grow up, only to die at the untimely age of twenty five in a climbing accident in a national park.

Unlike many science fiction stories that rely on expositional clichés like entirely random flashbacks, sudden psychic abilities or time travel, Story of Your Life side-steps these obvious crutches with panache. Instead, our protagonist Louise Banks will meet aliens – and in learning to converse with them via their strange and other-worldly language, she discovers an entirely new way of looking at space and time.

This means she will be able to see everything in the space she occupies, from the moment she learns the alien language, until her death. In doing so, she also discovers this same time period will include the birth and death of her own beloved daughter.

In the course of the story, we will discover how Louise deals with this knowledge – both via grief and joy. It also draws forth the difficult question: “If you knew then, what you know now, would you still do what you did?“

In other words: would you still have a child, if you knew they would grow up, only to die prematurely?

For me, the answer is a resounding YES. As a cancer survivor, it’s been brought home to me that none of us know how much time we have – yet even if we do (ie. through a terminal diagnosis), this does not negate the existing time we have.

What’s more, every person born will die. We cannot escape this. For me, it is selfishness personified to avoid creating that child who will die, simply to avoid the pain of losing them. I accept however that some people feel the exact opposite. 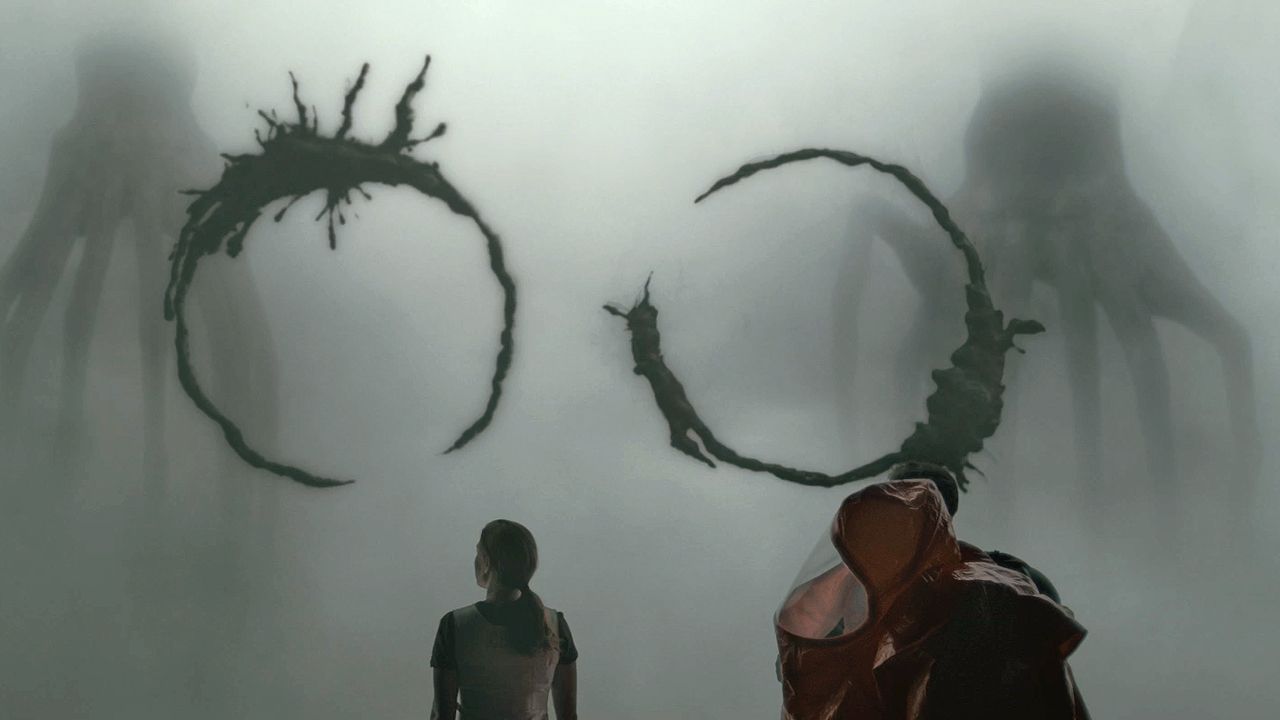 Story of Your Life is roughly 70 pages in length, so it stands to reason there will be some key differences in terms of ‘padding out’ the material to fill a hundred and twenty minutes like ARRIVAL.

In addition, as a script editor I am aware of the different conventions a movie would need in creating tension and drama that are not necessarily applicable in a short story. Short stories can get away with being more of a ‘snapshot’ of a character’s life (which can also happen in short film), whereas the story approach for a two film will need to be more holistic in its approach to the story.

Heisserer is a big fan of Story of Your Life and Ted Chiang and this  shows in this adaptation. Every difference and addition to the source material – and there are many – he has brought forth with due care and attention (more on this, in a sec).

It should be noted – Heisserer wrote his screenplay on spec and despite being well-known as talented and capable of delivery in Hollywood circles, he’s written at length of his struggles in getting ARRIVAL to screen. In other words, this adaptation has been a labour of love.

As mentioned, much of the below has been added, though some are strikingly different from the source material:

By the way – I read the script and short story before seeing the movie. Intriguingly, the logograms – aka semagrams – are easily to understand in the short story once you’ve seen the movie, I discovered. The filmmakers did an EXCELLENT job here.

This is a genuinely difficult one to call because I REALLY love both versions!! But rather than call it a straight draw, let’s break it right down to its components: 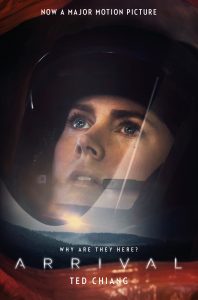 If we’re talking about characters, I think I might say Story of Your Life is my favourite. I enjoyed the insight into characters we don’t see in the movie, such as Louise’s second husband Nelson and the daughter’s best friend. Most of all though, I fell in love with Louise’s wise-cracking voice in the short story, plus Gary’s relationship with her seemed more compelling than Ian’s (which makes sense, given that Chiang was able to ‘hide’ Gary’s involvement in the story because it is a novella, whereas Ian needs to be seen in a movie). It wasn’t I dislike Heisserer’s versions of them – FAR from it, both of them are really great – but Chiang’s had the edge. This also makes sense, because Louise and Gary are Chiang’s direct creations.

If we’re talking plot, then I much prefer ARRIVAL, for the same reason as above. I don’t think it’s any accident my favourite moments in the film are those that were not in the short story! Heisserer’s creations, especially when it comes to the resolution, are really compelling, a script editor’s dream. Heisserer has fashioned a different structure, but it really works. The misdirect at the beginning regarding the daughter’s death is masterful because it makes us THINK we know this story, when nothing is further from the truth.

Heisserer’s dialogue is first rate as always, especially Louise’s ‘I’m about the same’ to her mother; or the soldier’s young wife, crying on the phone, scared the aliens have come to kill them all, which gives him the motivation to plant the bomb.

Best of all, even characters with antagonistic functions – and there’s plenty of them, this is essentially a military movie after all – are not ‘comic book villains’, there to kill or capture the aliens by any means necessary. They’re worried, confused, fearful of the aliens’ intentions – after all, why ARE they here?

In short: Heisserer has done something truly remarkable … he has LITERALLY added to the story. This is surely what every author  wants in the adaptation of their story to the screen.

Which do you prefer?

2 thoughts on “BOOK VERSUS FILM: Story Of Your Life AKA Arrival”