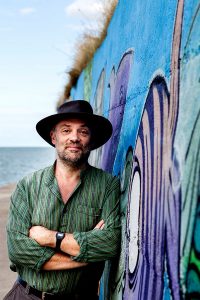 I’m Richard Dee, I normally write Science Fiction and Steampunk adventures, they have an element of crime in them, but more as an aside to a conspiracy style adventure than as a specific “whodunit.”  However, I’ve started writing what I hope will be a series of lighter Sci-fi novels, which are more crime-centred. They feature the adventures of Andorra Pett, an accident-prone and reluctant amateur detective. Think Agatha Raisin, in space.

The first, Andorra Pett and the Oort Cloud Café is out now and the sequel, Andorra Pett on Mars is due in April 2018. Other stories are in progress. You can find out more about me and my novels at www.richarddeescifi.co.uk , where there are free short stories, extracts and other goodies! . I’m also on Facebook as RichardDeeAuthor and I’ll be ramping up my twitter presence @richarddockett1

The idea for Andorra Pett came from two short story ideas, a farm in space and the adventures of a man who mined the rocks in Saturn’s rings. I thought that such places would be ideal settings for a murder mystery. Both were dangerous enough in their own right that no one would notice an extra body here or there. There was bound to be emotion and antagonism in such a dangerous environment. All I needed was a sleuth. At the time, there were a lot of novels featuring coffee shops or cafés, with people who had changed their lives to run them.

I realised that the two things could work together, someone starting a new life on a space station and a crime, it was a ‘fish out of water’ scenario, full of potential for fun and adventure. 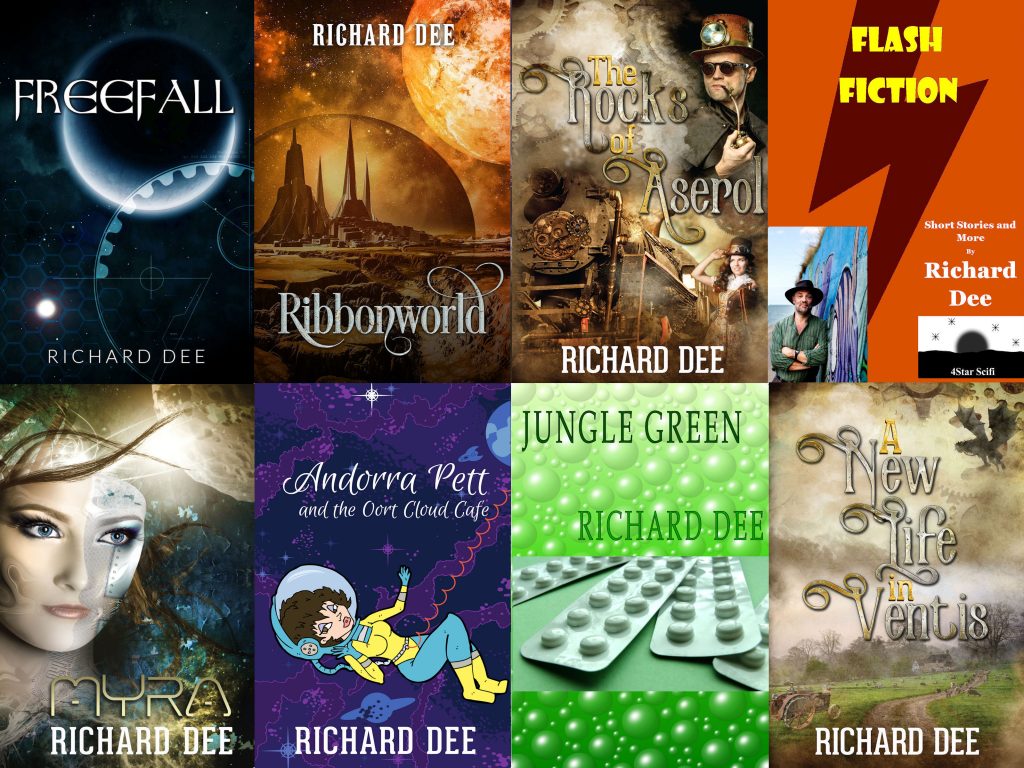 I’m not particularly scientific, but I do have a passion for knowing how things work. This means that I do a lot of research, and it also means that any idea for a plot gets a thorough check for plausibility. They may be set in the future, that doesn’t mean that the science in the fiction doesn’t need a basis in fact. I don’t suppose that human nature will have changed that much, so I’ve just given it a new stage to perform on. 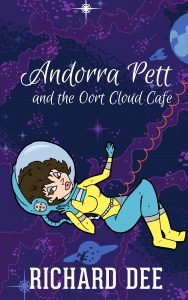 I get up early and do an hour or so before the day starts. Usually, that will involve any ideas that I’ve had overnight, I keep a notebook for stray plot threads. I might do a bit more as the day progresses but I try not to let it get in the way of having a life. In a good day, I might do 5,000 words, I try to do at least 2,000.

Anything by Agatha Christie. I wish that I could plot with the same precision and aspire to create such a detailed world for my characters to operate in. Miss Marple is a triumph, particularly as portrayed by Joan Hickson.