It can often seem that serial killers in crime fiction – novels, TV and film – are overly flamboyant, but as with so many things, truth is stranger than fiction!

Behold the case of H.H. Holmes, thought to be America’s first serial killer. In his thirty four years, he racked up a huuuuuuge list of victims, despatching them with a number of different grisly ends in his so-called ‘murder castle’. His crimes were for financial gain and it’s thought childhood bullies unwittingly unlocked Holmes’ fascination with death when they made him touch a real human skeleton.

Check out this fascinating infographic for more details … And remember the case of H.H Holmes next time someone says a movie killer is crazily unrealistic! 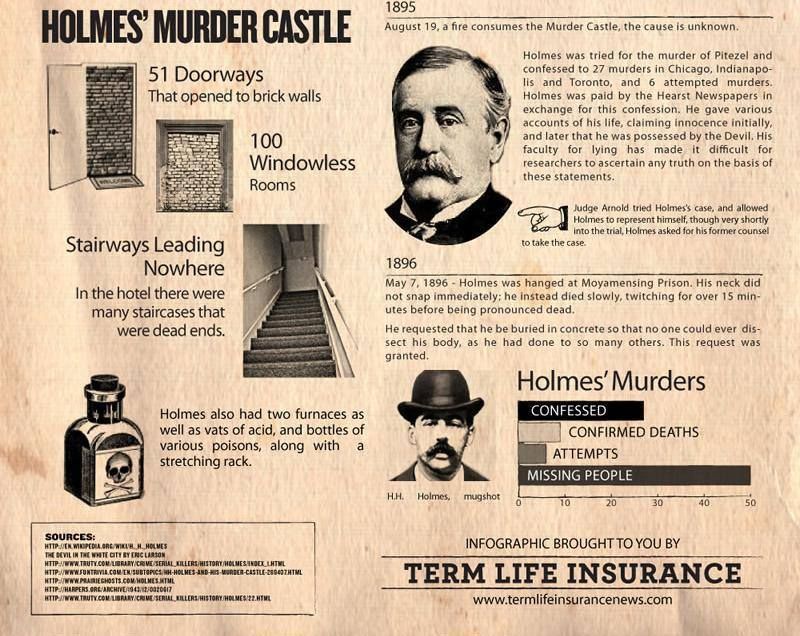