My Year In Books: 68 Fantastic Reads!

A bit later than last year, I thought I would post My Year In Books! For the last few years I have been keeping track of my progress via Goodreads, so 2018 was no exception.

I decided to read 52 books in 2018. This is significantly fewer than 2017, but then I had a LOT on this year, so felt the equivalent of 1 book a week would be enough. I like to have an objective too, to I decided I would set myself the following targets:

So happily, I SMASHED my target of 52 books … I read 68! I was genuinely surprised when I realised this, since I spent a lot less time on Goodreads this year. I set myself a target of 100 books in 2017 and freaked myself RIGHT out. Then I realised I was putting undue pressure on myself and reduced it to 80, about halfway through the year. Once I’d relaxed, I got my reading mojo back and was able to hit that target (and exceed it!) with ease.

First up, my failures. My gender parity experiment did NOT go well! Of the 68 books I read, just 21 were by men. That said, research consistently shows male authors are favoured by publishers and readers alike, so I don’t feel too bad standing up for my fellow women.

Secondly, I only read 4 classics this year: The Road, Bury My Heart At Wounded Knee, I am Legend and Slaughterhouse 5. Some might argue The Power is already a modern classic since it won so many prizes and got so much notoriety, though personally I think it’s early days for that one (though I wouldn’t be surprised. We will have to see).

I did well on Young Adult, reading 7 titles of this type: Louise O’ Neill’s Asking for It, a desperately sad but important read about rape culture; Emma Pullar’s Avian – a cool dystopian follow-up to her debut, Skeletal which I read in 2017; The Punk Factor by Rebecca Denton, a great book about music and attitude with a very memorable main character, Frankie; Rise of the Soul Catchers by Karen King, a gorgeous love story between two teens set in The Afterlife; The Deepest Cut by Natalie Flynn, a wonderful exploral of grief and guilt; The Things You Didn’t See by Ruth Dugdall, a striking murder mystery with another memorable main character; and finally, The Hurting by Lucy Van Smit, which is sold as a Nordic Noir-style Wuthering Heights. I loved each and every one of these.

I set out to make 2018 ‘the year of the true story’, so unsurprisingly I smashed my target and then some, reading 10 of these. From tales of poker princesses like Molly Bloom, through stories of making moonshine, travelling circuses, disability, prison life and serial killers, these were all fascinating.

What I was most surprised by however was the fact I also managed to read 9 titles I would not normally check out. Some were fiction, like Why Mummy Drinks, but most of them were ‘self help’ titles, like The Asshole Survival Guide and How To Break Up With Your Phone. I don’t normally read books like this, but the latter in particular changed my life. I have taken major steps to put many of its tips into practice and I am pleased to say my social media addiction is literally a quarter of what it was before.

I can also recommend Everybody Works in Sales by Niraj Kapur – for full disclosure, I must admit to being interviewed for this one (my website and business, Bang2write, appears in it), but I was REALLY glad to read the rest of it. Niraj provides some really great, concise and useful information about utilising sales techniques NO MATTER WHAT your industry is. 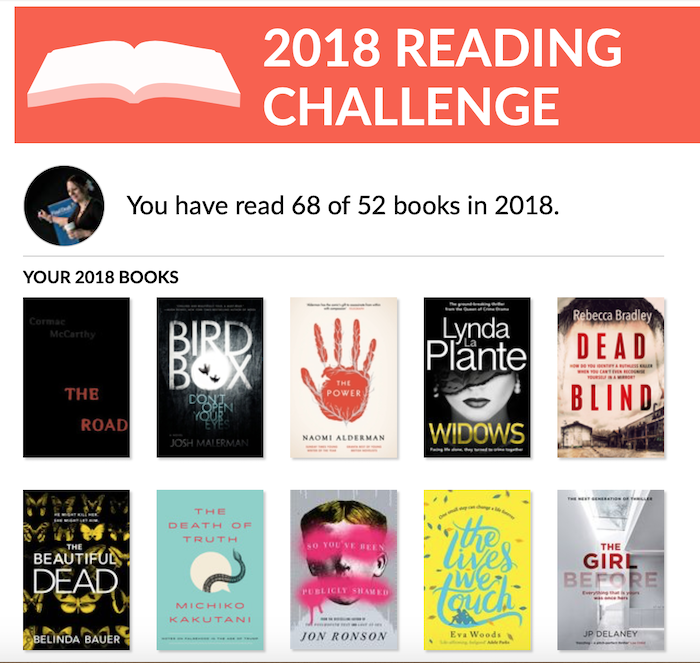 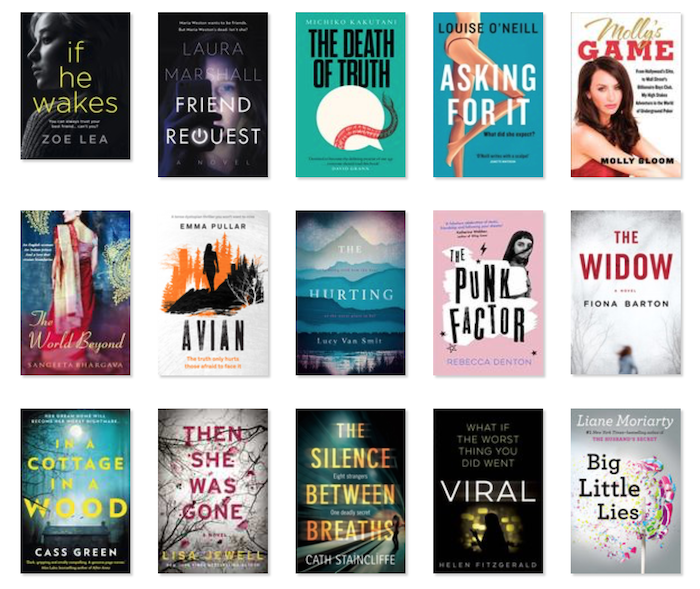 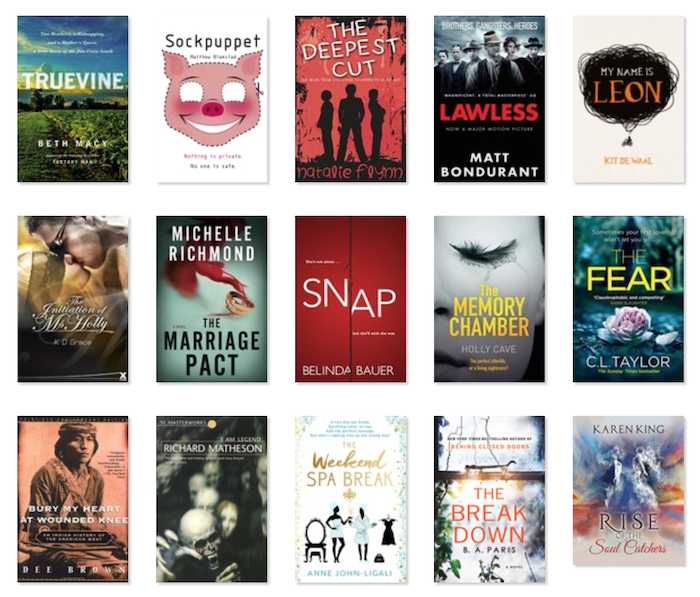 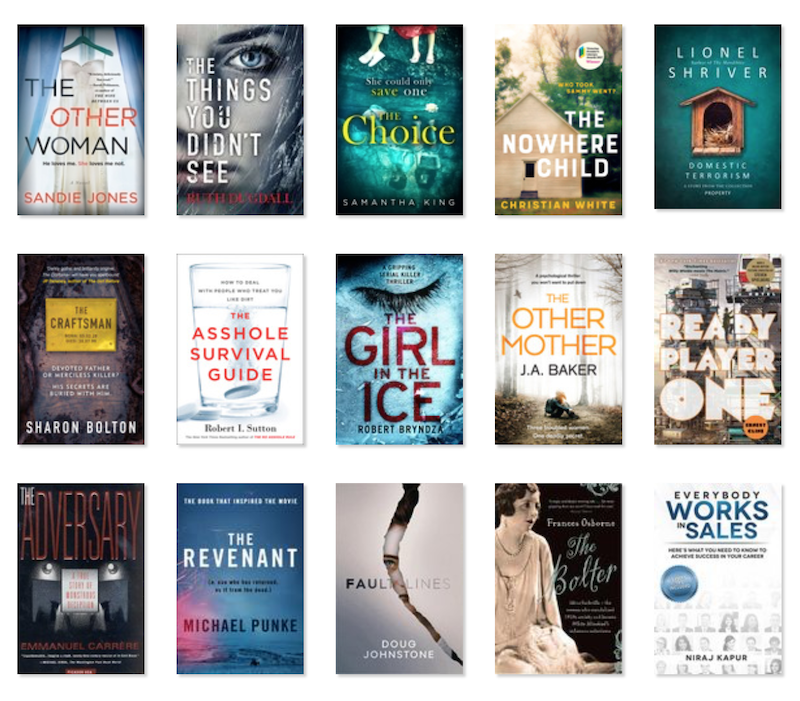 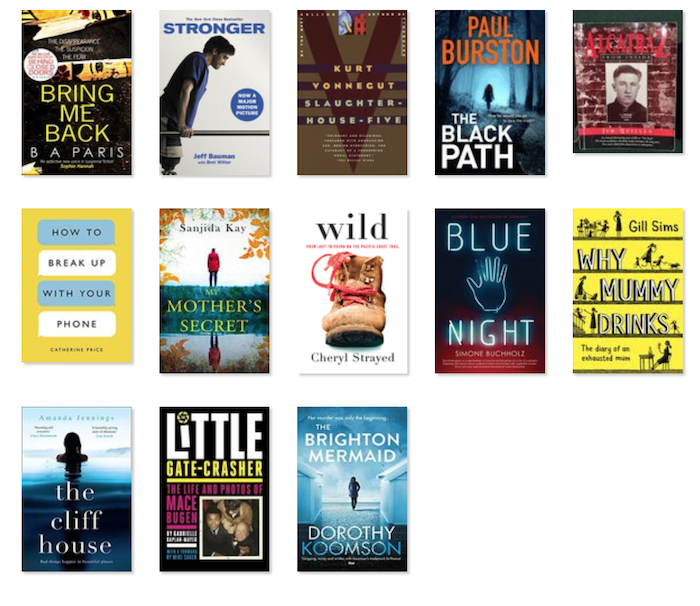