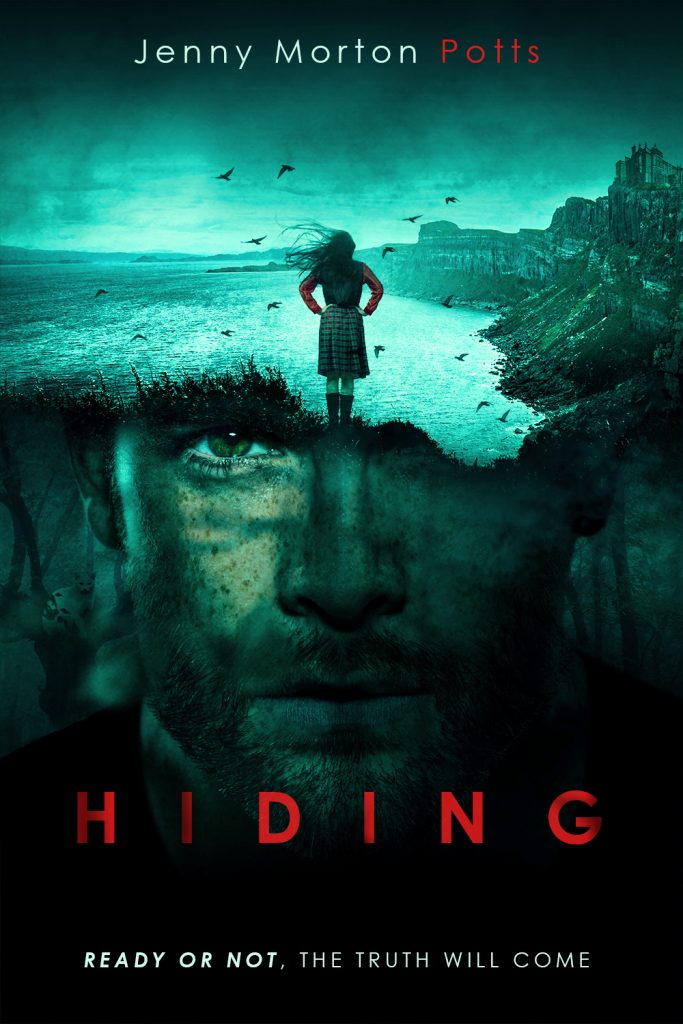 When they arrived at Turville, there were many cars in the lot. You might have thought you were attending a concert. There was no landscaping, nothing to soften the bricks of this death house which had been painted grey some time ago and had begun to flake. The Harfield logo hung on a large metal plaque. It too was faded and chipped.

Without a word of leave, the escorting officers walked away from the passengers and new staff took over. The minibus occupants were told that their belongings would be locked in the van until post-procedure. They were asked if they would like to take quarters into the building as there was a vending machine with snacks and drinks.

Then another officer, a woman, just young, set about asking them security questions and issuing tags on neck bands. ‘You have to sign your name in a ledger. That’s first.’ She made herding movements with her arms and the group passed through a body sensor and then there was a cursory pat down. The officer held her thumb and forefinger up, like a diver’s affirmative. Good to go.

Keller noted that indeed the older man he had marked out as a journalist, was permitted to take a notepad in with him. The redhead girl was also permitted writing material. Their pens were tested in a small scanning machine and he overheard the girl saying that she was preparing her doctoral thesis.

‘Nice subject for a PhD,’ Keller muttered beneath his breath. ‘Classy.’

Somehow, he thought there would be a long walk now, time for contemplation but almost straight away the group were led into a small waiting room. The walls were solid, there was no viewing window. This was not the place then. But there was a vending machine. Keller could see fresh apples in the bottom row.

The redhead sat opposite Keller. He wondered if she would like the look of him. Women usually did, at first. It wasn’t really the time or the place but a woman like her was hardly one for etiquette. She looked at her watch and said to the student wearing the plaster cast that she could barely cope without her cell. She then realised that there was some sort of joke to be made of the pun on ‘cell’ and actually laughed. Keller had a sudden vision of being in a lifeboat, sitting next to her, and pushing her over the side. She scribbled away in her big A4 pad, a ring with a diamond on her wedding finger. She was engaged then, and no doubt believed that she had everything to live for. The death penalty has a way of driving home a point like that. The girl sighed, like she had done a hard day’s work. As if taunting him, she let the pad rest upside down on her lap, so that he could make out the words. She had big, babyish writing. Not like the American cursive they were taught. She had a bit of an accent too. Probably went to one of those expensive schools in Europe. Keller looked down at her notes.

Keller stared hard at the redhead. What a charming companion for the day. Fleetingly, he wondered if he should follow her home tonight and get in a bit of target practice. He could get himself match ready and make the world a better place without this member of the population. He dug his knuckles into his thigh and told himself to stop getting distracted.

Keller knew that there would be no stay, and no clemency. He knew that the procedure would begin at 12 noon prompt. He closed his eyes and let his head rest against the cool plaster of the wall behind the bench. Without vision, the thrum of the AC filled his ears fully and he shut out the hushed voices and fell asleep, as he had done in moments of stress as a child. He had Aunt Joya to thank for that technique. Every time she locked him out of the house, he’d nap, no matter what the temperature. If he were to have died of cold before waking, that wouldn’t have been much of a tragedy. There was a point in the coldness when you stopped noticing and the sleep just washed gently over you. He trained that sleep to come to him when he needed it, like a faithful dog.

When Keller was woken in the Turville waiting room, his legs had loosened and sprawled out before him. ‘It is time,’ someone seemed to have said in his ear. As the day’s reality cleaved through his head afresh, the redhead opposite had the nerve to offer him a look of disapproval. She picked her way through his sleepy limbs and walked out of the door, sober and straight-faced.

There was a walk now. They passed doors, like random choices. They all looked the same, all the colour of pale nicotine. But some of those doors were in the business of living and some were not. As you walked past them, you could feel hope slipping away. Which door? Which one? It was like a game the devil might play as you entered hell. Eventually the passengers reached the end of their journey and were shown into another room which was similar in size to the last but with what looked like a window on one side. The window was dark for the moment, with a black blind pulled down and opposite, there was a gallery with seating. The seating was slightly raked, like a theatre. They were here for a performance.

A gripping psychological thriller with chilling twists, from a unique new voice.

Keller Baye and Rebecca Brown live on different sides of the Atlantic. Until she falls in love with him, Rebecca knows nothing of Keller. But he’s known about her for a very long time, and now he wants to destroy her.

This is the story of two families. One living under the threat of execution in North Carolina. The other caught up in a dark mystery in the Scottish Highlands. The families’ paths are destined to cross. But why? And can anything save them when that happens? Purchase HERE, or click on the pics.

Jenny Morton Potts is a novelist, screenplay writer and playwright. After a series of ‘proper jobs’, she realised she was living someone else’s life and escaped to Gascony to make gîtes. Knee-deep in cement and pregnant, Jenny was happy. Then autism and a distracted spine surgeon wiped out the order. Returned to wonderful England, to write her socks off.  Jenny would like to see the Northern Lights but worries that’s the best bit and should be saved till last. Very happily, and gratefully, settled with family. She tries not to take herself too seriously.

1 thought on “Read An Excerpt, ‘Hiding’ by Jenny Morton Potts”