Many thanks to Emma Pullar, who’s done a BRILLIANT and in-depth rundown of the top 10 dystopian worlds you simply must read if you want to really chuck yourself in the deep end of this fab genre. Enjoy! 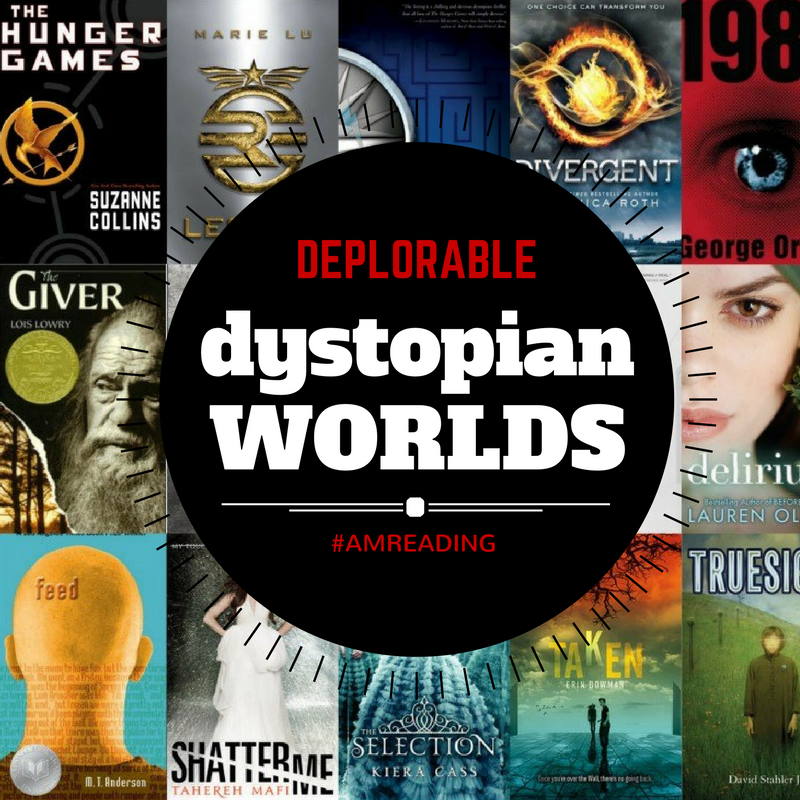 I often read blogs where people have insisted ‘dystopia is dead’ or the dystopian trend has passed. This simply isn’t true. Dystopian stories have always been popular and The Hunger Games wasn’t the FIRST popular dystopian story and it won’t be the LAST.

I love dystopian tales because they’re a dirty mirror, and even when the dust is removed and the glass is polished, the mirror remains cracked and broken. These mirrors show us our most unattractive self. Beneath the makeup and the filters and the Botox (or whatever it is people use to make their appearance more appealing) are the spots and discolorations and unwanted hair sticking out from your chin and dark circles under your eyes and wrinkles and … Read dystopian stories and be confronted with the ugly truth. If you dare!

This is my own dystopian/Sci-fi novel’s LOGLINE:

In a dark, futuristic city, a young anti-heroin goes on a perilous mission to prevent herself from becoming a human incubator for her hover-chair bound masters.

Like many dystopian stories, my Sci-fi is about control and being forced to live a lie. It tackles a repressive, authoritarian government, a disgraceful class-system, injustice, racism, and interracial relationships and more. All the things that drive me crazy about our society… and then I made it much, much worse! It’s part of a duology and my agent is currently working on finding the right home for it.

In the meantime, here’s a rundown of some of my favourite dystopian stories so far. These authors inspired me to want to write similar tales. Are any of these your favourites?

1) DUNE by Frank Herbert: Dystopian Sci-fi with a splash or horror 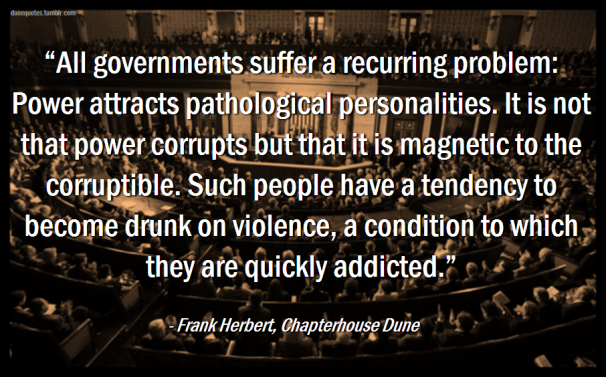 Dune is the story of a futuristic interplanetary or interstellar society of noble houses who rule over different planets. The protagonist, Paul Atreides, is sent to the desert planet of Arrakis to manage the dangerous mining of “spice” melange, which is the most important substance in the universe. The story follows Paul as he navigates his way through the politics and religious aspects of the fighting houses, all of them wanting control. This dystopian universe is riddled with deceit, each house trying to out manoeuvre the other using all sorts of manipulation and trickery. Who do you trust? Not the Harkonens, that’s for sure! The atmosphere Herbert has created is like no other. I felt as if I was there, entangled in it all. 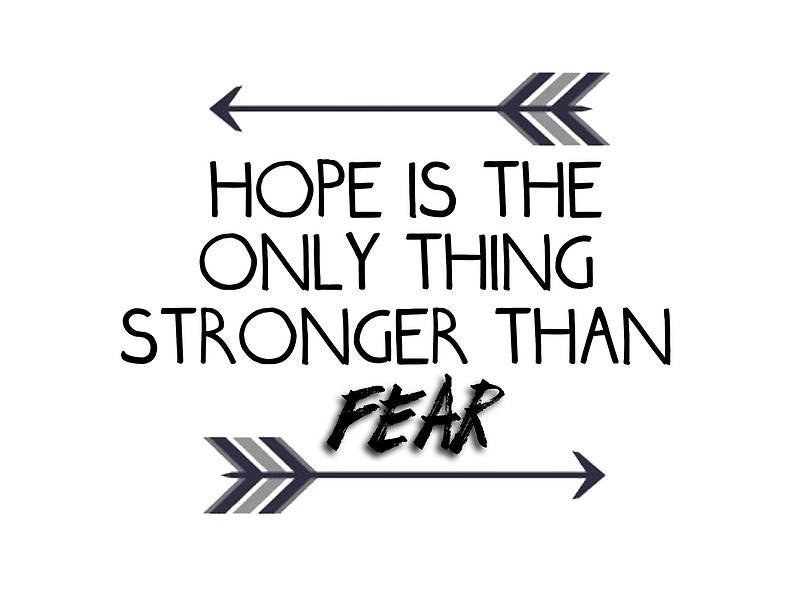 Sixteen-year-old Katniss Everdeen volunteers for the 74th Hunger Games in place of her little sister, twelve-year-old Primrose. The girls live in district twelve, part of thirteen impoverished districts who are bound to serve the wealthy Capitol which make up the post-apocalyptic nation of Panem, North America. As a punishment for the rebellion against the Capitol, in which district thirteen was destroyed, the names of one boy and one girl from each of the remaining districts are put into a lottery and once reaped (name drawn) the ‘tributes’ are forced to take part in The Hunger Games – a battle to the death in a booby-trapped area where there can only be one victor. The games are televised and used as a means to control the districts so they don’t try to rise up against the Capitol again. The Hunger Games is a lottery no one wants to enter. 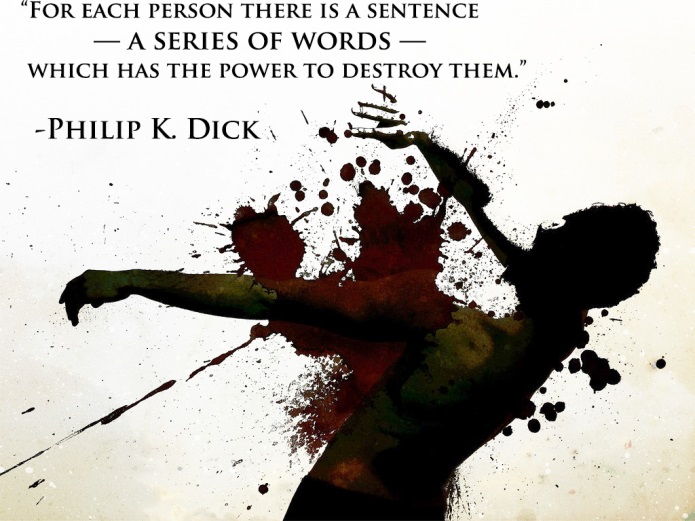 Set in a post-apocalyptic San Francisco. The Earth is in ruins, damaged by a global nuclear war. Animals are endangered or extinct from radiation poisoning and so owning an animal is a sign of status. Most people can’t afford a real animal and so some buy electric ones and pretend they are real. The protagonist, Rick Dekard is a county hunter who retires (kills) escaped Nexus-6 androids to fund his animal collecting obsession. Using a series of tests, Rick must first determine if the target subject is in an android or human. He must not make the mistake of killing a human. Androids shouldn’t feel empathy but some of them don’t know they’re androids. Can the test be wrong? The story asks us what it is to be human and if a machine can be mistaken for one of us, should it be exterminated? This book leaves you with more questions than it gives answers.

4) Lord of the Flies by William Golding: Dystopian Spec-fic 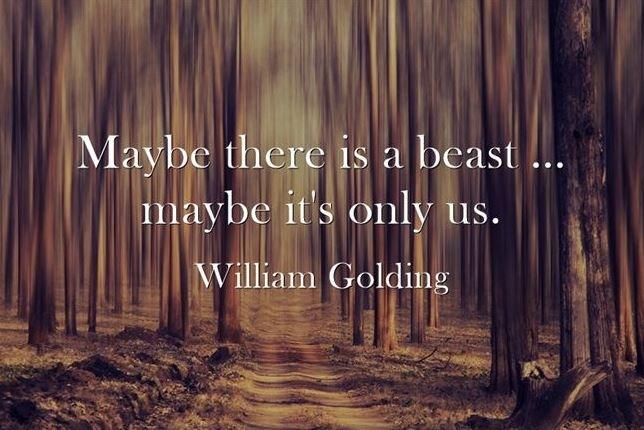 LOTF is considered Spec-fic but I’ve included it because, for me, it is truly a dystopian nightmare! A group of boys marooned on an uninhabited island try to govern themselves with disastrous results. Ralph is the voice of reason while the bully, Jack, wants to do things his way. The boys become separated into two groups, trying to figure out how to survive until they’re rescued, one group become predators, while the others are the prey. Poor, sweet, diplomat ‘piggy’ never stood a chance. He had the conch (it was agreed that whoever held the couch was allowed to speak) but the others still wouldn’t listen. This is such a simple premise and the way the characters react in their new environment encourages us to question our own drives and instincts.

Beatrice “Tris” Prior lives with her family in a post-apocalyptic Chicago. In this society citizens have been split into five factions and a person’s strongest personality trait will determine whether they are Abnegation (The Selfless); Dauntless (The Brave); Erudite (The Intelligent); Amity (The Peaceful); Candor (The Honest) and also Factionless, which are the homeless. Unfortunately, when Tris is old enough to be tested she is found to be Divergent which means she has more than one dominant trait. She conceals this as it is undesirable and instead chooses Dauntless as her faction. While settling into her new home (or rather being put through rigorous tests to make sure she is in fact worthy to be Dauntless) Tris uncovers a plot, a bid for control of the masses. I love the idea of being sorted into your strongest personality trait and living with other like-minded people but as Tris finds out, humans cannot be boxed and labelled and that’s one of the biggest issues we face as a society. 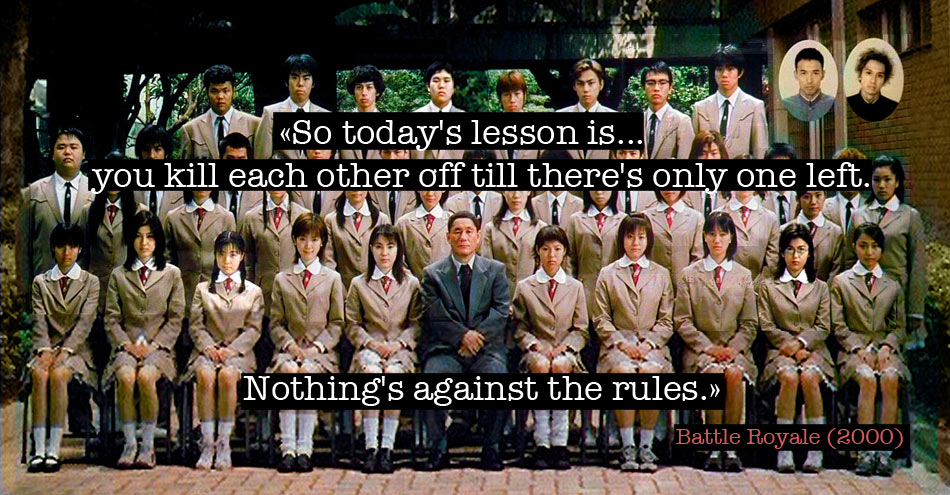 Battle Royale was created after an uprising of the people, much the same as The Hunger Games yet BR was written before it. What’s different is an entire class is chosen at random and the teenagers are pitched against their friends until only one remains. The battle is televised and to make sure the teens fight to the death, the metal collar around their neck (attached while the teens were unconscious after being gassed on the school bus) will explode after three days. The collars also pinpoint their position and the teens are given a map so they can keep out of danger zones which change daily. If caught in one, the collar explodes. If they try to take the collar off… you guessed it. BANG! My favourite thing about this story is the ‘pot luck’ backpacks. If you’re lucky you get an axe, not so lucky, a dustbin lid! 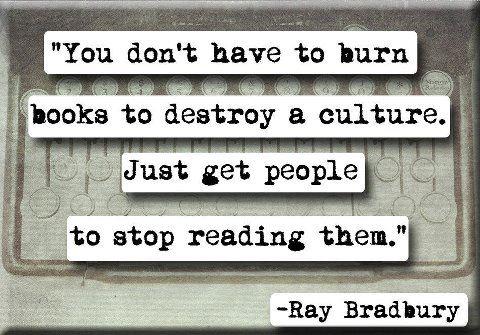 Ray Bradbury presents a future America where books are outlawed. The protagonist, Guy Montag, is a fireman and his job is not to put out fires but to start them. Firemen burn any books or personal libraries they find. Guy meets a young girl in his neighbourhood who seems different, she doesn’t see the world like everyone else does; he soon starts to question society and steals books instead of burning them. Suddenly he’s awake, eyes wide open; he can see things as they really are and he doesn’t like what he sees. Fahrenheit 451 is a masterpiece. I devoured it in one sitting.

Seventeen-year-old Cassia Reyes lives in a strictly controlled society where life-partners are chosen for you. Usually the ‘match’ lives in another town but strangely Cassia is matched with her best friend, Xander. When she insets the information card she’s been given about her match a different boy’s face flashes up on the screen – an outcast at her school. Cassia’s world starts to unravel as she discovers her society isn’t all it seems. Personally, I find the extent of the control in Cassia’s world extremely scary and being matched with a stranger even scarier!

9) The Man in the High Castle by Phillip K Dick: Dystopian alternative history 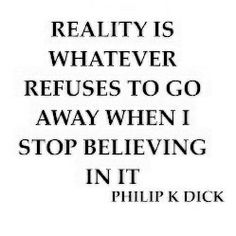 Germany and Japan won the war and took over the U.S. This world is set up so carefully that it almost feels real. Like in some parallel universe this actually happened and Phillip K Dick went there and wrote down his findings! The plot is centralized around antique dealer who exposes a corporation supplying counterfeit antiques and blackmails them into giving him money to start his jewellery business. It’s thought provoking because I’m not sure the world Phillip K Dick painted is much different to the U.S. of today. 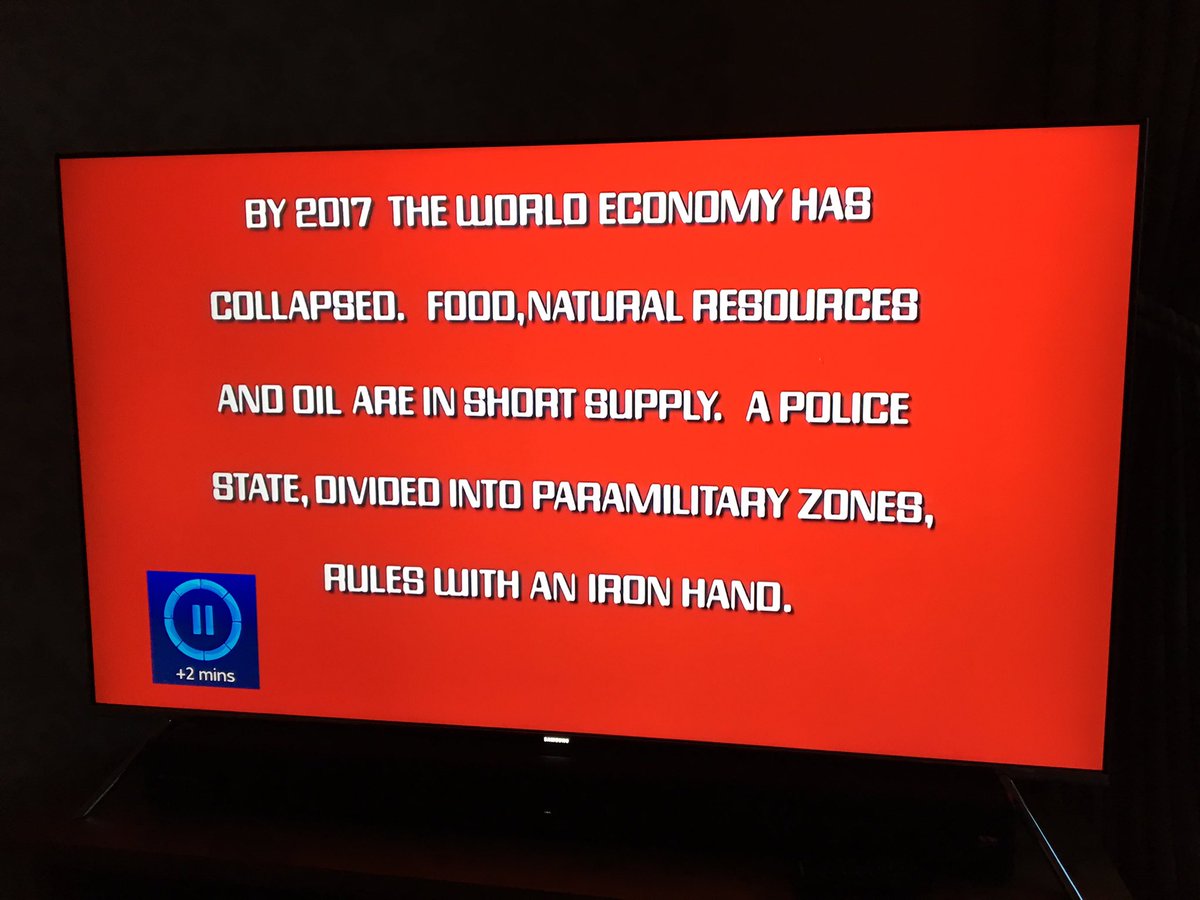 Another story in the same vein as The Hunger Games but also written before it. In the year 2025, the economy is in ruins, America has become a totalitarian dystopia and violence around the world is increasing. Ben Richards can’t find work and is impoverish with a sick daughter and a wife turning tricks to make ends meet. Desperate, he enlists in a violent gameshow called The Running Man. Ben, along with other contestants, are chased down by hunters (hitmen) trained to kill. Ben earns money the longer he stays alive and even more if he kills a hunter, with a grand prize of a billion dollars for anyone who lasts thirty days. Desperate times call for desperate measures and with reality TV on the rise I wonder how long it will be before we see this type of brutal entertainment!

In closing, I would have to say … the statement above taken from The Running Man movie is pretty messed up! It’s almost 2017 and all of these things ARE happening. Eek!