5 Questions for Paula Daly (THE MISTAKE I MADE)

This Q&A originally appeared on our Crime, Ink Facebook page. 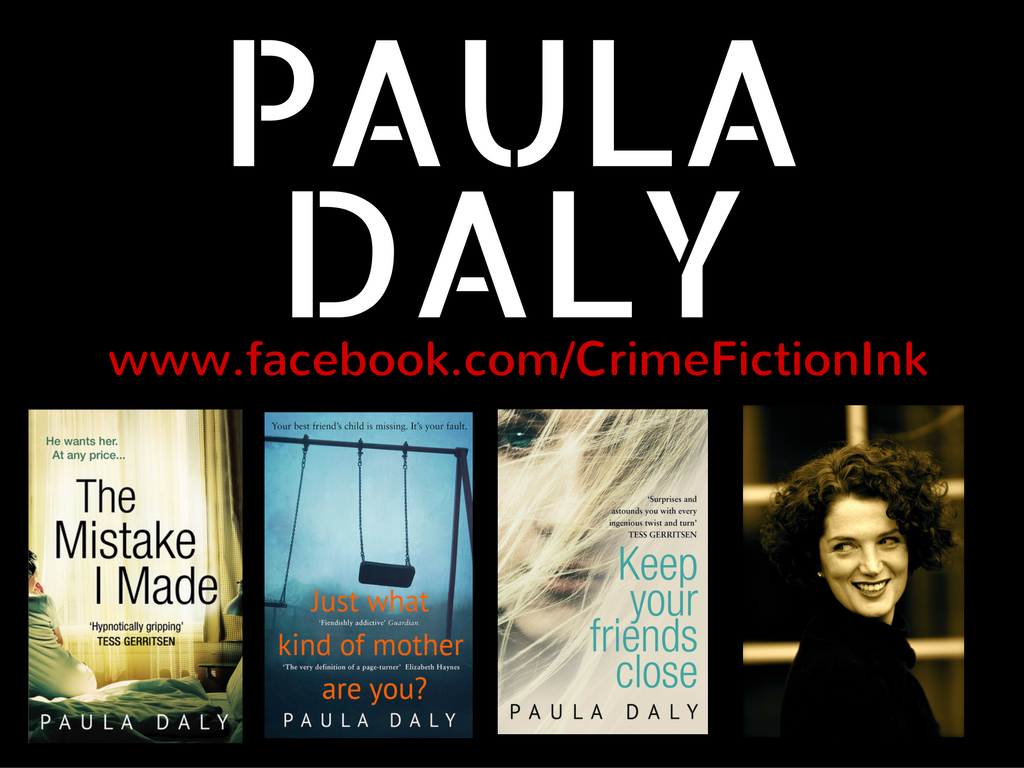 1) What drew you to this particular genre and if you were forced to write in another genre what would it be, and what genre would you least like to write in?

When people ask Stephen King why he writes horror, he says, “What makes you think I have a choice?” I agree with him. I think the genre chooses you. I started writing and this is what came out (psycho thriller).

That said, I do find myself leaning towards tragicomedy more these days and I would love to write that. I’d least like to write – Fantasy. It just doesn’t do it for me. I’m in awe of screenwriters who shift genre with every film as it isn’t something that novelists seem able to do. I watched an interview with Nick Hornby recently and he said that’s why he only adapts other people’s work for screenplay as he gets sick of his own work being samey.

2) What’s your favourite way to hide clues in plain sight?

Goodness, that’s a tricky question. I don’t know how I do this. I think I try to divert the reader by placing the emphasis of the scene on one or more other things at the same time and slipping in the clue as a by-the-way. I don’t know if I’m successful. Also, I find revealing a clue in a funny way is useful as again, the reader is unsuspecting.

3) Do you feel any pressure to include ‘zeitgeist’ issues in your work?

No pressure at all. Zeitgeisty issues creep into my work because I get bothered by stuff. Not necessarily the same stuff as everyone else. For instance my next novel is about a pushy, tiger mother. This came about because my kids were watching that dreadful programme, “child genius”. They weren’t, as I expected, championing particular kids, but instead talking about which parents they hated the most. My daughter looked at me and said, “Thanks for being so normal.” That’s when I realised I had my next book.

4) What’s your writing process and do you have any other methods or tips to share with us?

I have SO many tips. I’ve read just about every book on writing and screenwriting there is to read and gained at least one piece of useful information from each of them. I start the process of writing a novel with the theme. What’s bothering me? What’s interesting me at the moment? And then I try to come up with a catchy premise from there.

Then I spend 2/3 months thinking and plotting. I try to imagine every bad thing that could happen to the main character arising from the premise and pick the stuff that I think will make the best story.

Then I write a brief outline, before writing around 800 hundred words a day until it’s done. One good tip for writer’s block: think of 3 things that MUST go into the next scene to move the story along and go from there.

5) If you were a killer, what would be your choice of murder weapon?

Anything that could look like self defense. Frying pan, large pair of scissors… I carry a small screwdriver with me when I’m walking the dog (you never know), so I’d probably end up using that. I can’t imagine I’d ever plan a murder beforehand, but never say never.

This Q&A originally appeared on our Crime, Ink Facebook page.