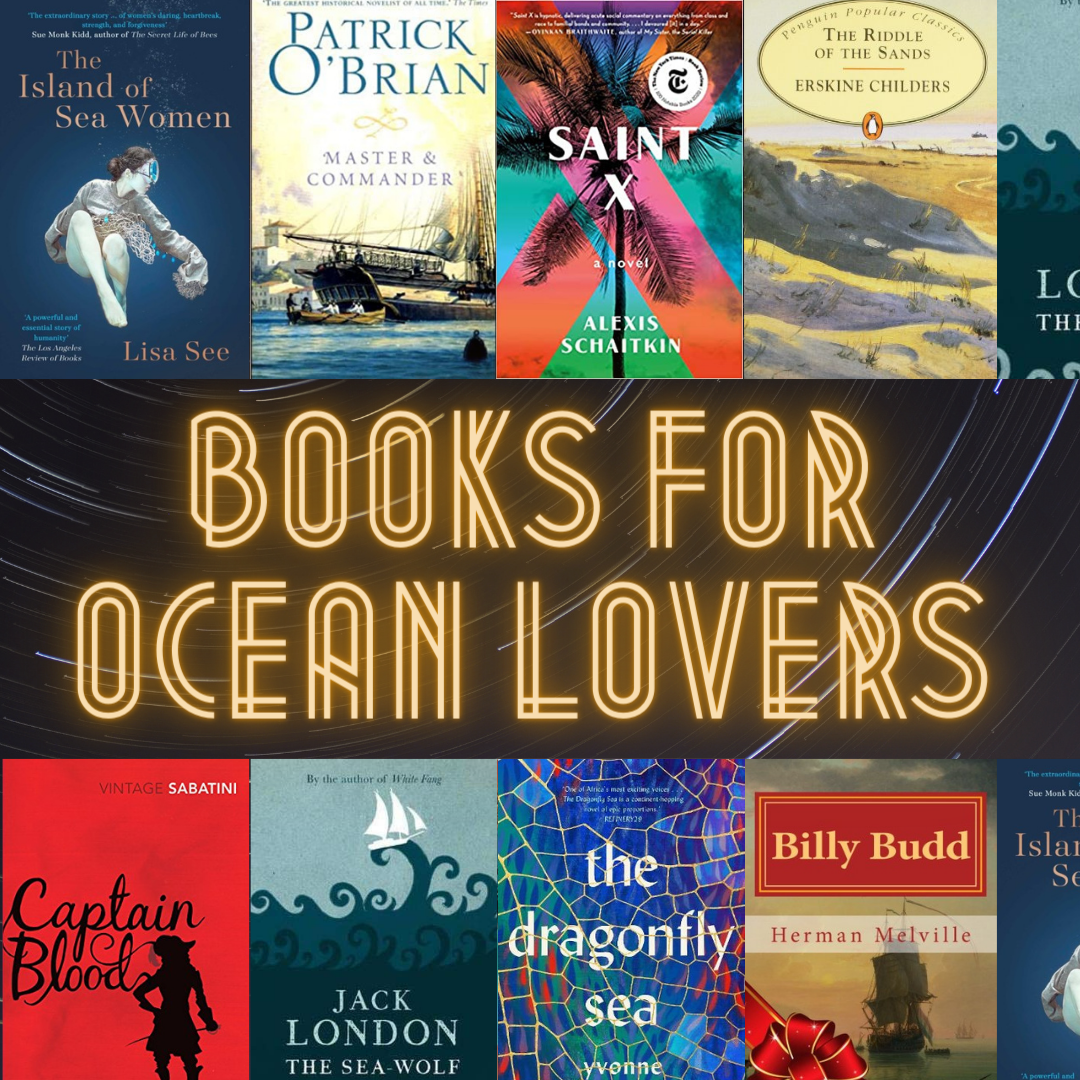 If You Love The Ocean, Read These …

Summer is here, and the ocean waves are calling. If you like the sun, sand, and the salty ocean breeze on your face, then you will absolutely love these 8 fun books that feature the sea.

The Dragonfly Sea, written by Yvonne Adhiambo Owuor, tells the story of a mother and daughter, living off the coast of Kenya. It tells the tale of Ayanna and what it’s like growing up near the sea and all the changes it brings to her and her mother’s life. If you love ocean adventures in far away locations, then this is a great read to pick up.

2) The Island of Sea Women

Lisa See writes a fictional story about two women growing up on the Korean island of Jeju. Here is where the Haenyeo women, who dive to the ocean floor and bring up seafood. The story follows Mi-ja and Young-sook, best friends and Haenyeo divers, following in the footsteps of their mothers. However, their coming of age coincides with large historical forces which will challenge the two young girls and threaten their age-old tradition. See offers a great coming of age tale around a time-honoured Korean ocean tradition.

Set against the backdrop of the Caribbean, the island of Saint X became a safe space for the wealthy seeking an escape. However, a girl goes missing at one of these resorts and her sister can’t let it go. Saint X, written by Alexis Schaitkin, explores the economy that sprung up in these island paradises, along with the tensions between native islanders and the tourists that flock to these resorts.

When you mention Herman Melville, everyone thinks of Moby Dick, yet few will mention Billy Bud. In his last novel, published posthumously, is more of a novella. It was pieced together and is short. However, it makes it a great choice if you are new to nautical fiction.

Billy Bud follows the tale of a young seaman who is liked by everyone but John Claggart. His continuing antagonism leads to an accusation of inciting mutiny and what follows leads to a moral conundrum that is left open for the reader’s interpretation. It’s a fun little book to read while sat at the beach, enjoying the ocean for sure.

If you are a fan of Jane Austen, then you will love Patrick O’Brien’s naval novel Master and Commander. He was a huge Austen fan, and his writing style is eerily similar to his favourite author, capturing the some of her trademark characteristics like witty dialogue and interesting interpersonal relationships between the main characters. This novel is the beginning in a 21-book series and follows the friendship of Captain Jack Aubrey and the ship’s surgeon, Stephen Maturin, against the backdrop of the Napoleonic Wars.

6) The Riddle of the Sands

This novel is considered to be one of the first and best spy thrillers. Erskine Childers takes us on a harrowing journey to uncover a secret German plot by the most unlikely of people, two ordinary Englishmen, navigating the North Sea on their weather-beaten yacht.  This novel helped launch the espionage genre and an entire sub-genre of “invasion literature”. Childers hoped it would alert the public to the growing dangers of Imperial Germany and his book was instrumental motivating funding for increased naval security. It was an instant bestseller.

Rafael Sabatini wrote a great swashbuckling tale that is best read on the beach. It follows Peter Blood, once a doctor, now turned pirate, who sails the Caribbean in search of treasure, adventure, and honour on the high seas. Definitely worth a read.

Written by Jack London while he was fast becoming a celebrity author, this novel is about the personality struggles of Humphrey van Weyden and the captain who rescued him, Wolf Larsen, when van Weyden’s boat collides with Larsen’s. This book became an instant bestseller and is still a joy to read 100 years on.

If you love the ocean, then these 8 books are worth reading. They will be sure to add to any beach adventure.

BIO: Emily Henry is a writer at Simplegrad and Assignment writing service. She is passionate about educating her readers on their rights and helps them find representation. Emily is also an editor at Top Canadian Writers.