Many thanks to Alan Devey who’s been in touch with his ‘Best of 3’ today … I haven’t read ANY of these – or even heard of them (I know, so many books, so little time!!!) – so will be looking out for them, now. Thanks Alan! Want to send in your own ‘Best of 3’ crime fiction recommendations? CLICK HERE. 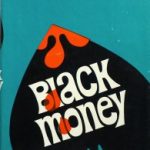 WHY I LIKE IT: For my money, the greatest writer in the crime genre, Ross MacDonald’s California-set Lew Archer mysteries are perfectly plotted, vividly written and full of surprises. Black Money is a twisty, enthralling exploration of secrets and revelations that features a host of memorably-drawn characters on its way to a satisfying conclusion. 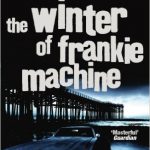 2) The Winter of Frankie Machine by Don Winslow

WHY I LIKE IT: Winslow’s work can be hit-and-miss, but in this fast-paced crime thriller he creates the perfect blend of suspense and action. Antihero Frankie, a retired hitman turned surf bum, is exactly the kind of sympathetic yet flawed figure we end up rooting for as he tries and fails to put a violent past behind him. 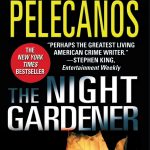 3) The Night Gardener by George Pelecanos

WHY I LIKE IT: Washington DC writer Pelecanos shows why he was recruited to script greatest-TV-series-ever-made The Wire with this alternately bleak and warm (but always gripping) masterpiece. The Night Gardener is a masterly police procedural-slash-serial killer yarn set in 1985 and twenty years later, a time when past crimes return to blight a divided city and offer redemption for a pair of troubled homicide officers.