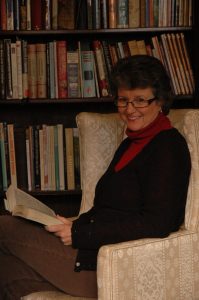 Happy Publication this week to Allie Cresswell, for her novel Tall Chimneys! To celebrate, Allie has decided to share her ‘Best of 3’ Historical Fiction novels with us. Don’t forget to check out Tall Chimneys on Amazon – click HERE for USA and HERE for UK, or on Allie’s book cover below in the body of the post. Over to you, Allie!

I love this book because it is intellectually and morally challenging. It has big themes: free will; evolution; the warnings and encouragements of history; the strengthening and stifling mores of cultural convention and religion.

It appeals to me as a writer too. Fowles uses the process of novel-writing as a metaphor. How far is an author licenced to direct her created world and the imaginary characters it contains? Or how far should she let them have free will? The wider implication is, how far is God, or society or received morality licenced to interfere and direct the world and its inhabitants?

The story is set in 1867, just after Charles Darwin’s Origin of Species had been published, although it is written with the hindsight of the 1960s. The plot is actually not very unusual. A man, a keen palaeontologist and also, interestingly, called Charles, is engaged to one woman but finds himself powerfully attracted to another. What follows is an exploration as forensic as it is humane of the terrible dichotomy between what is expected and what is desired. The outcome Fowles paints is both bleak and brave.

Charles embodies the evolving member of the species which adapts, which chooses (selects) to do things differently, and by doing so forges a new path, new possibilities and therefore ultimately survival for his genus. Charles’ struggle – emotional, intellectual, theological and philosophical – is beautifully mapped by the writer, profound and affecting to read. Likewise the fall-out which shatters his world like a comet hitting pre-historic earth is painful; the self-appointed occupiers of the ‘moral high ground’ are merciless, viewing Charles with horror and doubt as the first Ichthyostega must have been viewed by the fish it left behind in the sea.

For anyone who has been in this situation – as I have – confronted with making a life-changing but ultimately life-saving decision which with appal everyone you know; which you will be told is ‘wrong’ and ‘selfish’ and ‘wicked’, which may well injure people you would rather not hurt, but which every atom in your soul cries out for you to make anyway, this book will not comfort you but it will resonate with great power.

In keeping with his premise, John Fowles allows the reader free will by providing two endings for the novel. A masterstroke!

2) The Pillars of the Earth by Ken Follet

Nothing philosophical about this one – it is just a rip-roaring good read, with all the rape-and-pillage, head-lopping and cassock-lifting you would expect of a medieval historical novel. The story surges along; secrets, lies, forbidden romance, battling barons, down-trodden peasants, the machinations of the church, brutality and beauty, it’s all there in spades. Make a big mug of tea and a pile of buttered toast and dive in.

In the midst of it all a cathedral is designed and built. I love the way that the building becomes a character, as much at the mercy of its times as the other men and women of the tale. It literally soars over the grubby and grisly goings on, connecting earth with heaven, adding perspective and a lofty, awesome beauty to the book. If you were never interested in the architecture of cathedrals before this I guarantee you will be fascinated by them when you have finished.

There is a brilliant authenticity about Follet’s evocation of Medieval England. It is dirty and smelly and basic, the people have grit and resilience, but there is something fine and admirable about even the lowest of them. They have spirit and an enduring quality which stays with you when the saga is done. I like that. 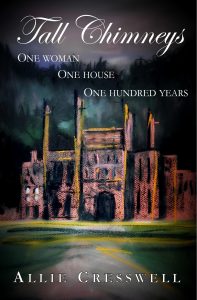 I have dithered over this one. Anya Seton’s Katherine was a strong contender but in the end I have gone for Andrew Miller’s Pure.

This is a beautifully written but harrowing account of the clearing of an ancient and over-crowded graveyard situated in the centre of Paris, just at the time when the city was beginning to ferment with revolution. The consequences of the past are horribly present, both in terms of past injustices endured by the people, and the all-pervading smell of the dead which creeps into everything in the vicinity.

The title of the book is wonderfully ironic; grit, grime, ordure, decay, filth and degeneration suffuse this novel. The reek of decomposed bodies permeates the food, bedding and clothing of the characters. It is tangible in the very air of Paris, and gradually seeps out of the pages too. Dirt is indelibly written into the story, almost a character in its own right; not one character at any time makes use of water for washing – the closest approximation to any attempt at personal hygiene is a quick wipe with a handkerchief dampened with rose water. There comes a point when the reader begins to handle the book itself with ginger fingers. There is scarcely a shaft of wholesome light – candlelight is only the gutter of smoky tallow, the graveyard pyres burn dark and thick with ash.

The shining beacon of purity in the novel is the determination of Jean-Baptise (beautifully named, evoking the cleansing balm of healing waters), a young, earnest engineer tasked with clearing the graveyard, to do a thorough, efficient and respectful job of it. Though occasionally led astray by more street-wise Parisians Jean-Baptiste holds firm to his grisly task with admirable and illuminating nobility, finding self-respect and love on the way.

This is a dark and difficult novel, its subject unrelievedly grim, its language of grime all but insupportably vivid. Whether the light of Jean-Baptiste is sufficient, in the end, to keep the dirt and darkness at bay is moot. The book left me feeling in need of a deep, hot bath as though I had literally travelled in time to see and smell and touch Paris in the eighteenth century with my own hands.