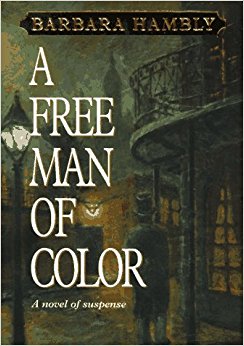 1) A Free Man Of Colour by Barbara Hambly

This is my ‘go to’ book that I’ll recommend to anyone, regardless of their preferred genre.

It is 1833 and Benjamin January has returned to his hometown of New Orleans following the death of his beloved wife in Paris. Ben is a surgeon and a musician, but finding employment is tough when you’re over 6 feet tall and black. Most people automatically calculate your worth on the block and aren’t too concerned about the freedom papers in your pocket.

When the notorious mistress of a Creole plantation owner is murdered, nobody looks too hard for the real culprit. To avoid becoming a handy scapegoat, Ben must tread a very fine line between his mother’s world of the free coloured mistresses of white protectors, and his sister’s world of slaves and voodoo.
This is a historic murder mystery by one of my favourite authors. Barbara Hambly weaves the glitter and dazzle of New Orleans at Mardi Gras with the threads of blood, sweat and fear. I defy you not to like this book.

2) I Let You Go by Clare Mackintosh

Jenna is on the run. Something terrible happened and it was her fault.

This was recommended to me by someone I respected. I didn’t really want to read it, but felt I should, so the quiet start with lots of unanswered questions might have made me miss out. But that quiet beginning is almost necessary as a contrast the the ton of bricks that hit you as the plot begins to take off, sending you on twists that you wouldn’t expect.

As with many psychological thrillers, I can’t tell you much without spoiling it, so instead I’ll just throw down the recommendation gauntlet.

I’m breaking the rules with my third choice, because rules are really more like… guidelines, right? (Besides, it’d be a crime not to read this book!) My eleven year old daughter bought this with her birthday money as they were reading it at school and not going fast enough for her. When she finished, she said; “Mum, Dad, you have to read this book.” And she was right!

August is a very ordinary 11 year old boy. He just wants to hang out with his friends, play computer games, eat pizza. Normal stuff. But August can’t be that ordinary kid that he is on the inside, because on the outside he doesn’t look like everyone else. And they can’t let him forget it.

August was born with a number of disfigurements which make him look very different to everyone else. He’s had so many operations over the years that it’s only now that he’s finally able to go to a normal school. He’s really looking forward to it …

… The story follows August through his first year of high school, but as we go, we get to experience things from other character’s points of view. And I think that’s what really makes this book work; you get to see events through different eyes, and to understand their motivations.

This is one of those books that everyone should read. It’s beautiful, it’s heartbreaking and it has the potential to change the way you look at the world.

BIO: Angela Wooldridge writes short stories for magazines such as My Weekly and The People’s Friend, and has had stories shortlisted in various competitions. She is currently working on a YA Fantasy novel, An Alternative to Frog, which began life as a short story, but the characters kept coming back. You can read the original story on her blog, or follow her on Twitter at @angwooldridge.

Please share with us your ‘Best of 3’ picks — we always love to hear your reading recommendations on this blog! For more details CLICK HERE or on the pic. 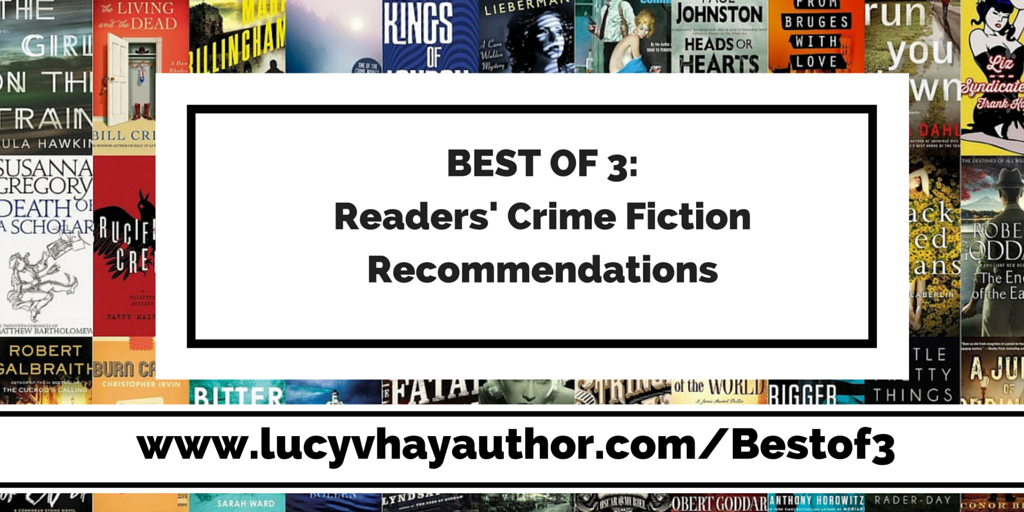