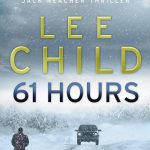 I love books that go at a pace. And Lee Child with his Jack Reacher character defending the weak and giving the baddies what they deserve, it’s a recipe for success. Although the ‘ticking clock’ ploy of having to succeed by a certain time was a major feature in this book with the countdown ticking away with every chapter, it was a great read and a super-exciting, breathtaking ending. 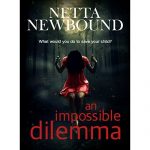 I’ve only recently discovered this author, and her writing is utterly brilliant. Her characters are riveting and the plots that she comes up with, have so many twists and turns that you just don’t see coming. This book is an absolute page turner, although it’s not for the squeamish. Some of the pictures she paints leave a lasting impression on your mind. And the ending – well that will leave you reeling! 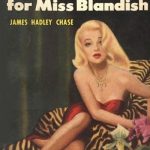 3) No Orchids for Miss Blandish by James Hadley Chase

This is a classic crime novel, written by an English author, although you’d be forgiven for thinking he was American by the style of his writing. This book was published in 1939, way before my time! But I discovered his books in my local library when I was a young teenager. I’m sure it was his fast punchy style that influenced me when I started writing years later. His style is certainly dated, but he was immensely popular in his day.

BIO: Ann Evans from Coventry in the West Midlands writes for KS2 children,
young adults, reluctant teen readers, romance – and now comes her first
venture into adult crime. She’s also a busy non-fiction writer for a
variety of magazines and is a Patron of Reading for a Coventry Senior
school. Follow her on Twitter as @annevansauthor.