BEST OF 3: Awesome diverse characters of all time

As a script editor for movies and short film, I noticed a long time ago there’s a kind of homogenisation of characters in stories. Too often, stories are white, male, heterosexual and abilitity-centric, marginalising all others as being representative of ‘issues’.

It’s for this reason I wrote my latest non-fiction book, Writing Diverse Characters In Fiction, TV and Film. As part of its current blog tour, the lovely Anne Cater challenged me to come up with my favourite diverse characters of all time in books.

Wow! There are so many … Can I whittle it down to just 3?? YES is the answer … Whilst my book doesn’t just concentrate on race (it deals with LGBT, disabled and female characters too), I have decide to focus on gender and BAME characters for the purpose of this blog post.

So, here are three diverse characters that have left a lasting impression on me, for various reasons. Do you know any of these? 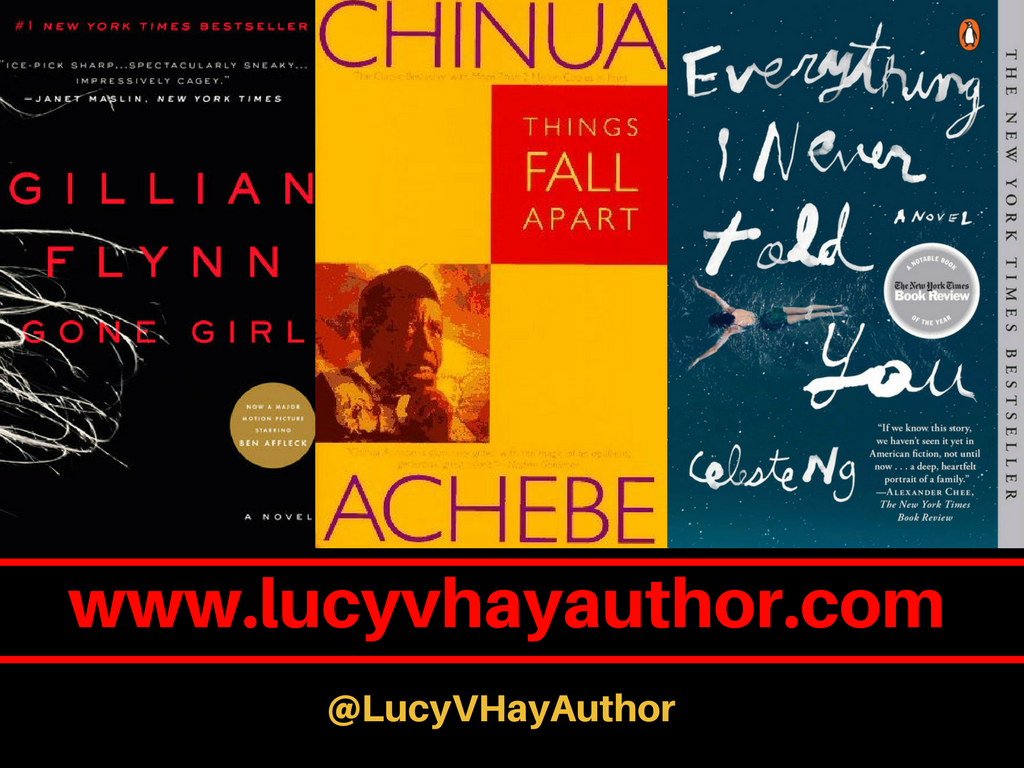 Reason: Brought bad girls back into the mainstream

It would be remiss of me to not mention Amy! Like it or loathe it, Flynn’s modern classic left lasting ripples because Amy truly is the definition of ‘unreliable narrator’. What’s more, Flynn’s character put female antagonists back on the map, especially in the so-called ‘domestic noir’ sub-genre that seems here to stay.

Antagonists too often have crazy plans, with female characters simple ‘bunny boilers’ against supposedly sane and ‘good’ men. In contrast, we may not condone Amy’s actions, but they are complex, clever and ‘understandable’: Nick is a terrible husband, a weak man and a pathetic human being. Frankly, I think he deserves he all gets!

Interestingly, the VAST majority of female antagonists I’ve read since Gone Girl exploded into the marketplace have been white. Maybe that will change in the years to come? We’ll have to see.

Reason: Made me realise masculinity/status can be a tyranny

Things Fall Apart is an absolute classic and for good reason. Detailing the rise and fall of Nigerian leader Okonkwo, his changing fates make for sobering reading. Presented in three parts, we join Okonkwo as a hero: a wrestling champion, he strives to show no weakness ever.

However it is Okonkwo’s pride and desire to be seen as always strong that sows the seeds of his downfall. When the Gods decide Okonkwo’s adopted son Ikemefuna must die, he is excused from having to do the deed himself. But Okonkwo insists on participating and it’s then everything starts to go wrong for this once-great man. This part also has one of the most haunting passages in the entire book:

He heard Ikemefuna cry, “My father, they have killed me!” as he ran towards him. Dazed with fear, Okonkwo drew his machete and cut him down. He was afraid of being thought weak.

It’s been twenty years since I first read this book, yet this quote stays with me.

Appears in: Everything I Never Told You by Celeste Ng

Reason: Made me realise that different and/or opposed cultural expectations and values can create family friction and even tragedy

Ensemble casts are often tokenistic in their approach of both race and gender, but setting this hardgoing, but important book in a mixed race family home cuts through this issue with ease.

Focusing on the deeply troubled Lee family, the tragedy that occurs in the present was set in motion nearly two decades before when Lydia, Nath and Hannah’s parents met.

Whilst Marilyn is white, but James is second generation Chinese American. Set in 1970s Ohio, The Lees are two decades too late for female emancipation and too early for any real attempt at racial equality. As a result, the family is a local oddity, with Marilyn dreaming of her own frustrated  career aspirations and James dreaming of simply fitting in. Both are deeply unhappy, which leads to their three children inheriting their parents’ issues, with terrible consequences.

I was particularly interested in this book because my own extended family is Chinese-British. I’d obviously thought about the issues my nephew and nieces may face in today’s society, but this really brought it home to me how children can face issues like this starting in the home, too. Thankfully, my brother-in-law and sister-in-law are nothing like The Lees!

If you’re wondering how you can read more diverse characters in the books you like, why not make a pledge to more intentionally inclusive? Enjoy!

This post originally appeared on Random Things Through My Letterbox