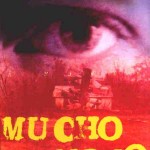 Set in America’s deep South, Hap and Leonard are two friends who investigate a child’s murder to try to clear a relative’s name. Often taking the law into their own hands, these colourful detectives don’t mess about! This is a violent, fast-paced and often shocking book which I read when I was just getting into detective fiction in my late teens; it is a far cry from the cosy world of Agatha Christie and tackles some horrific issues. 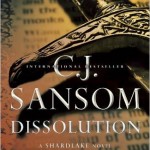 This is the first book in the Shardlake series about a hunchback lawyer who is sent to investigate a murder at a monastery. A commissioner has been found decapitated with a sword and from then on in, the bodies start piling up nicely! A proper whodunit set against the fascinating (if you’re a history geek like me) backdrop of the dissolution of the monasteries in Henry VIII times – these Shardlake books are unputdownable – you have been warned! 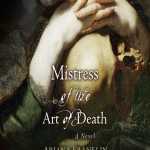 The Mistress of the Art of Death by Arianna Franklin

This excellent book is the first in a short series about Adelia Aguilar: a female anatomist trained in Italy. She has been taught how to perform postmortems, which as you can imagine doesn’t go down well in witchcraft-obsessed Medieval England – think a Dark Ages Kay Scarpetta (Patricia Cornwall’s medical examiner). Another historical detective story that gets really frightening in places – with a strong female protagonist – this is a must read for any female detective fan – but it does get gruesome in places!

BIO: Jodie Touhy is a freelance copy editor who writes screenplays in her spare time. She has recently completed her comedy/horror feature screenplay Trouble At St. Bernadette’s and is an avid detective fiction fan. Follow her as @jodietouhy on Twitter.