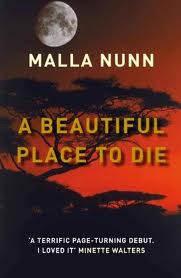 TITLE & AUTHOR: A Beautiful Place to Die by Malla Nunn

WHY I LIKE IT: Nunn’s deep knowledge of southern Africa’s culture, history and challenges imbues this gorgeous mystery with colour, depth, sadness and grit in equal parts. Detective Sargeant Emmanuel Cooper is deliciously flawed, barely kept on the straight and narrow by his patient and heroic half-Zulu, half-Shangaan colleague, Constable Samuel Shabalala, as they attempt to peel back the layers of crime in 1950s apartheid South Africa after an Afrikaner police officer is found dead. Cooper is also sexy as hell, so you probably won’t be able to resist reading the other novels in this series (four in total, to date). You have been warned! Macavity Award Nominee for Best First Mystery Novel (2010), Edgar Award Nominee for Best Novel (2010). 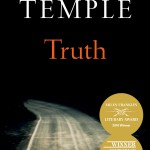 WHY I LIKE IT: Peter Temple is probably Australia’s best known crime writer and you could pick up any one of his books and be enthralled. Smart, economic and urgent writing that is a total (guilty) pleasure to read. Truth is excellent: what seems like a small novel about political corruption in Melbourne, the state capital of Victoria, unfolds to reveal that people’s secret lives are rarely ever fully exposed…and for good reason. This novel is a sequel to The Broken Shore, and picked up a swag of awards: Miles Franklin Literary Award (2010), Victorian Premier’s Literary Award for Vance Palmer Prize for Fiction (2010), Deutscher Krimi Preis for International (2012). 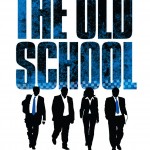 WHY I LIKE IT: Australian writer PM Newton’s debut novel, The Old School, is one of my favourite crime stories. Pam’s experience as a New South Wales policewoman gives instant credibility to this female-led crime fiction, set in Sydney in the 1900s. Nhu ‘Ned’ Kelly, is hiding secrets from everyone. The harder she tries to escape her past, the deeper she gets sucked into the underbelly of Sydney. The Old School, deservedly won the Sisters in Crime Davitt Award (2011) and the Asher Literary Award (2011), and was shortlisted for the Indie Award for Debut Fiction and the Ned Kelly Award for Best First Fiction.

BIO: Australian writer, singer, mother, wage slave, rapscallion. Find her on Twitter as @lilymulholland and check out her website, HERE.