BEST OF 3: My Inspiring Secret Library

When someone asks you which books have influenced you, it’s very easy to fall into the ‘expected’ answers … Often because they’re true! It’s no secret how much I loved Gillian Flynn’s Gone Girl, especially as it prompted me to give crime writing a whirl myself.

So when Cafe Thinking asked me to name 3 obscure books that influenced me, I decided to put my own thinking cap on and really trace back to when I was a kid for my FIRST literary awakening! I was surprised to find the results out, myself! You can read original post, HERE. Enjoy! 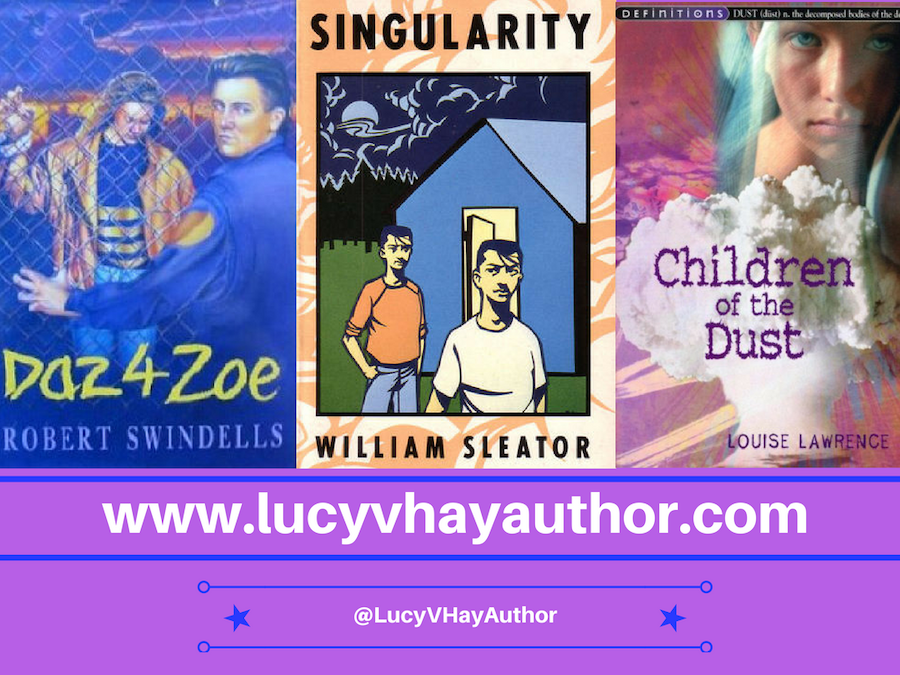 Many psychologists believe realisations you make around the ages of 10-12 go on to help ‘inform’ your adult personality and behaviour. This stuck in my head because I totally agree: I recall many of the books I read around this time and what they taught me vividly (even though I may have forgotten a book I just read a couple of weeks ago!).

So, here are the books that left a lasting impression and why, as part of my SECRET LIBRARY – enjoy!

This is the book that started my lifelong obsession with twins, but also the nature of consequence and how single decisions can have devastating impact. Barry and Harry Krasner are identical twins, but that’s where the resemblance stops. Barry’s more athletic, more aggressive – and he’s the one who suggests that they house-sit their great-uncle’s farm. Harry hopes that it will bring the two of them closer. And it does – because there’s something chilling about the farmhouse, something that makes the locals stay far away …

I loved this book because it’s a ‘contained thriller’ for the most part. A story of sibling rivalry in the first third, the other two thirds deal principally with Harry on his own. When Harry decides to lock himself in the shed with THE THING for a night, he learns some important life lessons about himself. I read this book when I was about 11 and it made a HUGE impact on me, especially regarding people’s place in the world and how others see them. It made me re-examine my own relationships and consider perception versus reality. Amazing!

2) Children of the Dust by Louise Lawrence

Children of the Dust is a post-apocalyptic, dystopian novel and started my other lifelong obsession – dystopian YA!!! Like many modern dystopian YA books like The Hunger Games, The Maze Runner, etc this novel offers some hope that humanity could survive the horrors of war (as an allegory for the current age) to form a new world.

The book contains three sections, one for each generation. The book details three generations of a family during the aftermath of a nuclear war. The survivors of the blast suffer through radiation, nuclear winter, feuds between rival groups and radiation-induced mutations, eventually evolving into a new species, Homo superior. The new species has adapted to the loss of the ozone layer and the abundant radiation, and will become the dominant species on the planet.

What I loved about this novel was its themes of duty and sacrifice. It made an impact on me because the Cold War was just coming to an end when I read it and though I was still a young kid of about 11, I could appreciate there was a potential threat, even if I wasn’t sure what it was/had been. Books like Children of the Dust soothed my anxiety about this tumultuous time. I like to think my own kids will find comfort in fiction too, now such other terrible things are happening in the world.

This is another dystopian YA book, this time by Robert Swindells. Swindells was one of my favourite authors as a child, though this book is quite a departure for him (he wrote a lot of war and/or horror in his other books). DAZ 4 ZOE is a kind of futuristic ‘Romeo and Juliet’ and I even ended up teaching it as part of English Literature when it was on the curriculum for a short period in the early 00s.

Daz 4 Zoe follows the story of a ‘subbie’ (from the suburbs of Silverdale) named Zoe and a ‘chippy’ (from the city of Rawhampton) named Daz. The two characters from the title narrate what happens. Daz’s spelling is phonetic with very bad grammar, to show Daz’s low quality of education. In comparison, Zoe’s sections are more formal and has a wider vocabulary. I remember thinking this was an effective device to show the difference between the ‘haves’ and the ‘have nots’.

I was about 12 when I read DAZ 4 ZOE (the first time) and it really struck me how there is a massive line drawn between the rich and the poor in the world. I’d realised this before – you didn’t grow up in the 80s without knowing about Ethiopian famine, Live Aid etc – but this was the first time I realised extreme poverty was a thing, RIGHT HERE, in the UK. This was a powerful lesson and fueled my interest in activism from an early age.

Which books did you read when you were young that left a lasting impression? Over to you …

2 thoughts on “BEST OF 3: My Inspiring Secret Library”