A Touch Of Frost by R.D. Wingfield

WHY I LIKE IT: OK, I admit I only read the series of ‘Frost’ books because I loved David Jason playing the scruffy detective on screen but I immediately fell in love with them. Wingfield uses time periods rather than chapters – a technique which inspired my own crime writing – which makes the action zip off the page whilst simultaneously feel like we have gone through a busy night shift in Denton CID with our favourite D.I. Fast moving and full of personality, these are some of the most readable crime fiction out there. 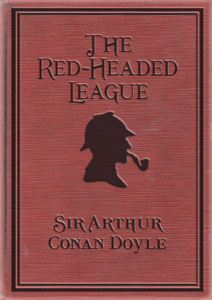 WHY I LIKE IT: This is where my crime reading began back in high school. I could have chosen many stories of the world’s greatest detective (and in my opinion, the greatest fictional character of all time) but The Red Headed League was the first to catch my attention unlike anything before.

A man is offered a job to sit in a room, empty apart from table and chair and ledger and pen. He is paid handsomely to do nothing except copy pages from the Encyclopedia Britannica, day after day, for eight weeks. The only condition being he must not leave the room during office hours. When one day he arrives for work to find his boss nowhere to be seen, he turns to Sherlock Holmes to find out why.

Excellently plotted, this is Doyle at the peak of his powers. All the clues are there along the way. But as Holmes would say, we see, but we do not observe. 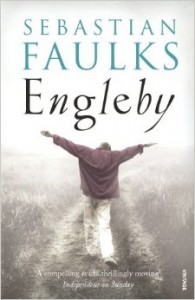 WHY I LIKE IT: This makes the list because it was one of the first crime books I read that deviated from the common structure. It follows Mike Engleby, an undergraduate accused of the murder of his classmate. Engleby is a wonderfully complex character and makes for a superbly unreliable narrator. It is worth persevering through a pace-dip three quarters in for the brilliant final chapters.

BIO: Paul is a tea-loving law grad who writes and performs stuff. And sometimes it’s funny. Paul is also written and spoken word editor for The State Of The Arts, Leeds. He’s a writer, actor, general comedy / drama / film obsessive. Follow him as @VelvetTortoise on Twitter.