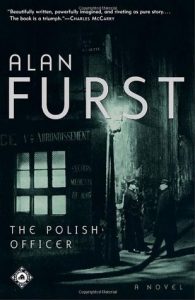 1) The Polish Officer by Alan Furst

Alan Furst is a criminally underrated writer. His books are mainly set in and around the second World War, and he writes about the compromised, overlapping worlds of espionage, resistance fighters, collaborators, diplomats, and spies. To my mind he’s as easily as good as Graham Greene or Le Carré. The Polish Officer is a superbly written thriller about complex characters thrust into conflict. As a bonus it provides a fascinating history of a strange period of the twentieth century, as the great powers used the brutality and betrayals of the Spanish Civil War to limber up for the horrors to come. It’s a wonderfully atmospheric book. 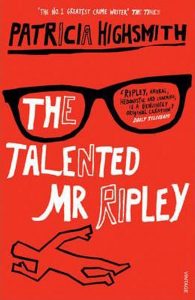 The first excursion for Highsmith’s favourite sociopath, Tom Ripley, and it’s sometimes easy to forget that Highsmith’s work is funny as well as scary. I love her wickedness as a writer, and I wonder how wicked she was as a person. You get the feeling she’d be good fun to have drink with. And another. But wait, this one tastes strange. And there’s something wrong with my eyes. What was she replacing in her handbag as I came back from the bathroom? Everything’s blurry. And I’m dizzy. Uh oh… 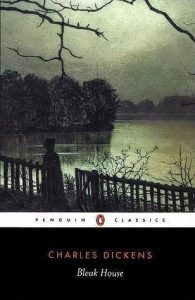 Wait, Dickens a thriller writer? Well, Dickens was an everything writer, although he didn’t (to my knowledge) attempt dystopian sci-fi. But you could plausibly say that David Copperfield, Oliver Twist and Great Expectations are YA novels. However, for me his greatest masterpiece is Bleak House, in which one of the strands is a thriller, complete with a mysterious crime, a sensational secret (Lady Deadlock’s past), a policeman (the shrewd, lugubrious Inspector Bucket), and a suave, chilling villain (the lawyer Tulkinghorn). The fact that this is just one thread, interwoven expertly with several others, is testament to Dickens’ genius.

BIO: Paul Bassett Davies has written and directed for stage, page, TV, radio, and film. He began in multimedia theatre, and his subsequent one-man shows won awards at the Edinburgh Fringe. He’s written for many of the biggest names in British comedy, and had his own BBC radio sitcom. He’s also written radio dramas, short films, music videos, and award-winning short stories. Among other things he’s also been the vocalist in a punk band, and a cab driver. His first novel, ‘Utter Folly’, topped the Amazon humorous fiction chart in 2012, and his new novel, ‘Dead Writers in Rehab’ has been published recently and is available HERE. Paul also writes a popular blog, The Writer Type, which you can read HERE.