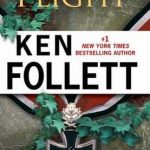 WHY I LIKE IT: I love all of Ken Follett’s first and second-world war books, but there’s something about Hornet Flight that really caught my attention the first time I read it – more so than Eye of the Needle, which is the one most people cite. As with Follett’s more well-known tomes such as Pillars of the Earth, it’s the settings in this story that transport you into the characters’ lives and, as their plight becomes more desperate, you’re pulled right into the story every step of the way. 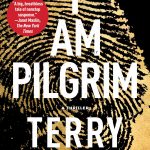 WHY I LIKE IT: This reminded me of some of the sweeping thrillers I read as a teenager – books such as Jack Higgins’ The Eagle Has Landed, or Robert Ludlum’s The Bancroft Legacy. It’s an intelligent thriller, in that the tension builds and builds, and you really aren’t sure if the good guys are going to win. I Am Pilgrim is one of those books that will have you talking about it for days after finishing it. 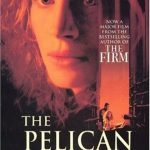 WHY I LIKE IT: I find Grisham’s early books a lot more entertaining than later ones, but for me The Pelican Brief is the standout of all of his titles. From the opening chapter, you know it’s going to be a fast read, and it’s one of those books that I can happily devour every few years. The action beats are superb and on point, and the legal terminology doesn’t bog down the pace.

BIO: Rachel Amphlett is the bestselling author of the Dan Taylor thriller series, as well as a number of standalone crime thrillers. Originally from the UK and currently based in Brisbane, Australia, her novels appeal to a worldwide audience and have been compared to Robert Ludlum, Lee Child, and Michael Crichton. Follow her as @RachelAmphlett on Twitter.