One of the very first non-fairytale book I read when I was in elementary was The Ringmaster’s Secret of the Nancy Drew Mystery Stories series. From then on, stories involving suspense, mystery, crime, and thriller have fascinated me. Fiction of these kinds tickle my imagination more than other genres because it can keep me speculating on how the story would end.

Of course, I’ve quite outgrown reading the Nancy Drew series even when I sneak in reading one of them once in awhile for my inner child. However, I’ve since discovered other numerous crime, mystery, suspense, and thriller books that exercises my mental muscles for imagination, logic, and critical analysis.

Here’s my Best of Three recommendations:

1) I Let You Go by Clare Mackintosh

As a Crime Novel of the Year awardee, you would probably have high expectations from this book. Fortunately, you will not be disappointed.

For a debut novel, it would probably come as a surprise for some that Mackintosh has produced a story of this feat. But if we take into consideration the fact that the novelist worked in the police force for 12 years, and was also part of the Criminal Investigation Department, one would rather say that Mackintosh knows exactly what she’s doing.

Beginning with the hit-and-run accident of her five-year old son that pushes the protagonist Jenna Gray into isolating herself in a holiday cottage in the Welsh coast, Mackintosh takes her readers into a series of cleverly-placed misdirection and hints. You’d probably find yourself going back at the beginning to scrutinise which part had you fooled.

What’s more endearing about this book is the way the author draws you into the setting, and closer with the characters and their emotions. It’s in the way Mackintosh selected the words to use in the cunning unfolding of the twist that will keep your hands turning the novel’s pages.

2) The House of the Rising Sun by James Lee Burke

If you are interested in Arthurian legends and compelling mystery, James Lee Burke’s The House of the Rising Sun is by far 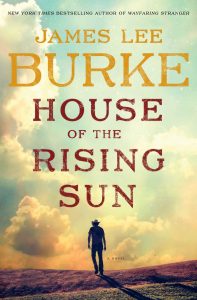 the perfect reading recommendation. Of course, Burke has already established himself as a master, but this particular book is a clear cut stand out to be his finest among his other novels.

We’ve come to know the Holland clan of Texas in Burke’s previous bestseller, Wayfaring Stranger. In The House of the Rising Sun however, the central character is Hackberry Holland illustrated as a young man standing 6-foot-8 tall. He is seen in the first few pages of the story, crossing a desert horseback in Mexico, and it was the year 1916.

We see the hero, naked in his flaws from booze, blood and bad choices, and in search of redemption as he looks for his estranged son, Israel. Holland’s adventures involves a lot of bloodshed and fracas, and an encounter with the Holy Grail as told in Burke’s long yet captivating lines filled with poetic details. 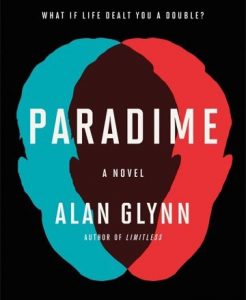 Alan Glynn offers his readers a psychological thriller that later on becomes a dark modern tragedy. In its intricately structured plot, moved forward by its creepy twists, Danny Lynch, the novel’s central character, is an Iraq war veteran suffering from post-traumatic stress disorder after witnessing a horrific incident in Afghanistan.

From the chow halls in the war zone, Danny is relegated to the kitchen of a high-end restaurant, a vantage point that enables him to spot his double–except the latter’s a billionaire and tech entrepreneur running Paradime Capital, and goes by the name Teddy Trager. Soon, Danny finds himself obsessed with impersonating his wealthy doppelganger. Other readers may probably think otherwise, but what worked for me with this novel is the seemingly quite unresolved conclusion of the plot that might send you back at page one to read the book over!

BIO: Stacey Marone is a freelance writer and contributor for College Essays ScholarAdvisor. She likes exploring new cultures, languages and gathering interesting facts. In her free time, she also does volunteer work and organizes some activities for children. Her passions involve painting, reading, and writing. You can follow her on twitter as @Marone_Stacey.