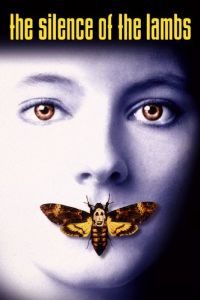 1) The Silence of the Lambs, by Thomas Harris

It is my favourite book. Even today, more than twenty-five years after it was written, every serial-killing sociopath is compared to Hannibal Lecter in its blurb. To have created a character so rich in texture that it remains on the tip of everyone’s tongue all these years later, is a trick very few can pull off. Sure, the film helped. Anthony Hopkins did Thomas Harris a real service there. But the origins, the skeletal framework introduced in Red Dragon, and fully fleshed out in Lambs, emerged from the imagination of Harris himself. The book is lean, yet so wonderfully descriptive, spare yet not sparse. 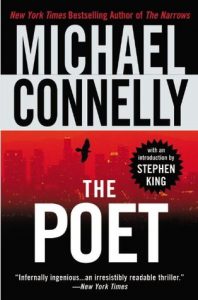 2) The Poet, by Michael Connelly

I love the Harry Bosch series, and whilst any of those books would feature high on my ‘top reads’ list, it’s the then stand-alone novel, The Poet, which strikes a chord with me. Although some critics would disagree, I don’t mind when you occasionally have to suspend belief. Would an FBI team hunting down a serial killer allow the journalist brother of one of the victims to tag along for the ride? I very much doubt it. But this is fiction, and writers of fiction should be allowed to break a few rules.

Jack McEvoy is a character rich enough to have reappear later in Connelly’s span of works, and here he takes centre stage in the hunt for The Poet. Rachel Walling is his link to the FBI, and the relationship they would form was obvious from the word go. But love interest apart, the hunt was the force moving this book along, together with a growing appreciation for the leads as they overcame their own faults. 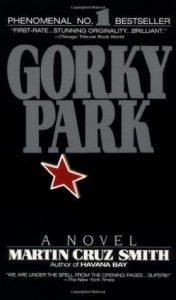 Arkady Renko is a senior investigator in Soviet era Russia. He is assigned a case after bodies are found in Gorky Park. As he delves into the case, Arkady comes to understand that the seedy underbelly of Moscow is not the criminal world, but rather the world of the privileged and the elite. At a time when even a senior investigator can go missing in the cold, bleak landscape, Renko resolves to take the fight to those responsible.

In doing so he finds himself up against not only the KGB, but also the FBI and even a New York police officer. As he faces corruption and espionage, Renko starts to falter, but holds on to win the battle, if not the war.

A great read of its time and place, but one whose writing, plot and characterisation stand the test of time.

BIO: Tony J Forder is a published crime fiction thriller author, with a new #novel coming in 2017. Previous works are available on Amazon now and check out his website, HERE.