Many thanks to Tracey Sinclair who’s themed her ‘Best of 3’ today – as STANDOUT SERIES! All the books below are part of series, so if you fancy diving into one, why not check out Tracey’s picks? 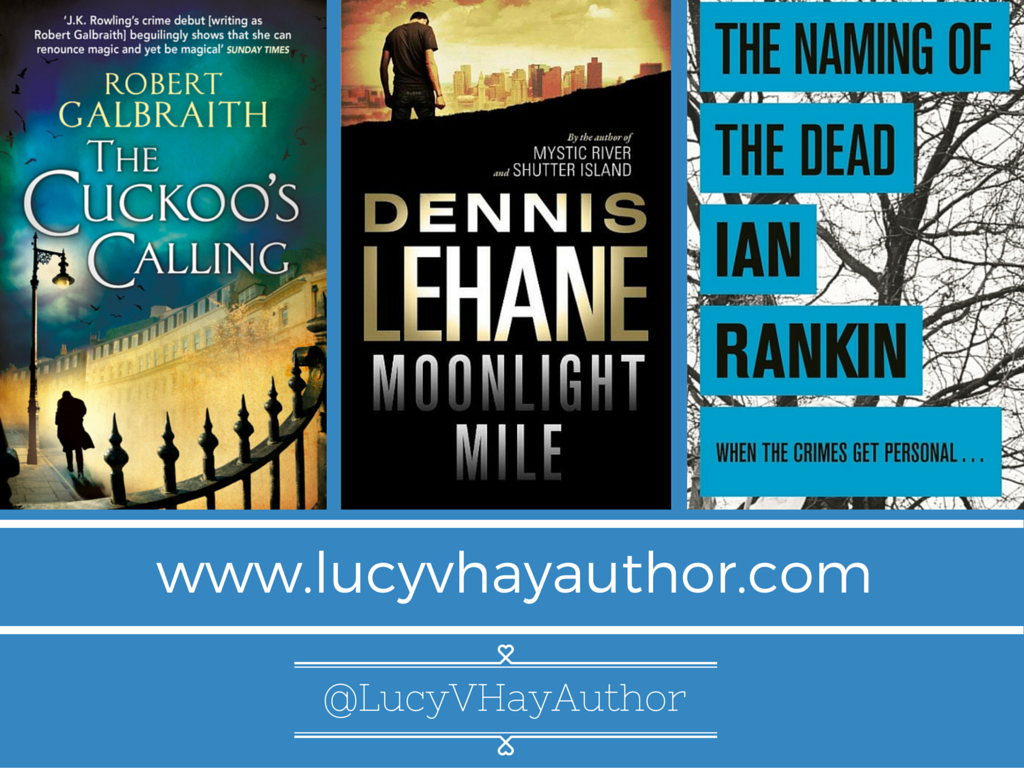 WHY I LIKE IT: Perfect finale to the Kenzie and Gennaro series (one of the most compelling in crime fiction) that smartly revisits the events in the earlier book (and film) Gone, Baby, Gone and also proves that crime novels can be grown up about relationships and politically charged without being heavy handed.

2) Ian Rankin, The Naming of the Dead (Inspector Rebus 16)

WHY I LIKE IT: Clever example of how to tie a series into contemporary events, as this is a Rebus book but set during the events of the G8 gathering in Scotland so very much anchored in the real world. Rebus is a great character – dour, flawed and old school, without ever feeling like a hollow cliché – and this puts him to good use.

WHY I LIKE IT: It’s easy to be cynical about the furore over the unveiling of Galbraith’s real identity (as that little known writer J K Rowling) but the quality of this book quietened the critics and it’s easy to see why: it’s old fashioned in the best way, a murder mystery that doesn’t depend on a serial killer hiding round every corner, and Galbraith uses the London location fantastically well. It’s not without issues – you have to wonder if Rowling had been writing as a woman she’d have felt the need to make her hero such an unlikely hit with the ladies – but it’s a great addition to the genre.

BIO: Tracey Sinclair is a freelance writer, author, and editor. Her books include the romantic comedy The Bridesmaid Blues, and the paranormal series Dark Dates, the latest of which is Angel Falls. Follow her on Twitter as @thriftygal and check out her website, HERE.