I cut my teeth on action heroes before the age of ten, in love with H. Rider Haggard’s African adventure stories and Zane Grey’s hauntingly atmospheric Westerns. Yet for some reason I didn’t graduate to being a thriller reader as an adult. I tried a few modern thrillers, but got bored. All those clipped military types striding about the jungle, dodging bullets? No thanks.

Until, that is, about four years ago, when I spotted yet another Lee Child thriller in a bookshop and thought, that guy’s books are everywhere! I’d better read one, find out why he’s so popular. To add impetus, I was working on my first ever psychological thriller at the time, which later became a Kindle #1 bestseller itself, Girl Number One. 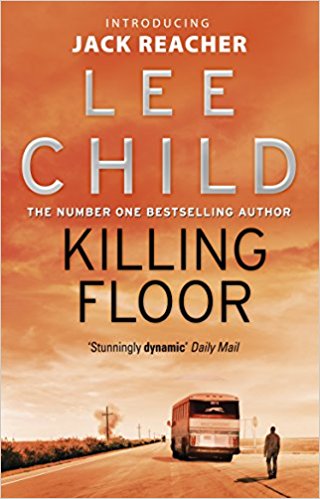 I read the opening of Lee Child’s first Jack Reacher novel, Killing Floor, and was hooked. On the face of it, nothing hugely dramatic happens. Yes, the main protagonist, Jack Reacher, is arrested in the first line. An impressive opening gambit. But he doesn’t resist arrest – in fact, his nonchalance suggests the experience is far from alien – and the next few chapters follow a series of interview scenes as he protests his innocence and coincidentally teaches the local police their job. (This last will become a staple of Reacher’s interactions with the law.)

So why was I hooked? Why did I finish that book at a sprint, and then read all the other Jack Reacher novels, more or less in the correct order, and become the sort of rabid Lee Child fan who pre-orders new titles months in advance?

In one word, voice.

Child’s debut thriller is often gruesome, something I usually dislike. Yet the story is told in the first person, in Jack Reacher’s laconic and well-informed drawl, and somehow that renders even the gruesome fascinating. (Child drops the first person in most later books, to broaden the narrative scope, but that drawl continues even in the third person.) It’s also got this tongue-in-cheek Western vibe, set in the sinisterly-named Margrave, a ‘no-account little town’ in the middle of nowhere. Jack Reacher is the lone wolf who comes out of the wasteland, disrupts the community with a rotten core, and returns to the wilderness afterwards. With a toothbrush in his pocket.

There’s a twist too. A horrible, heart-rending twist. And by the time Jack Reacher has survived that final blow, you’re on his side completely. Team Reacher. Forever. 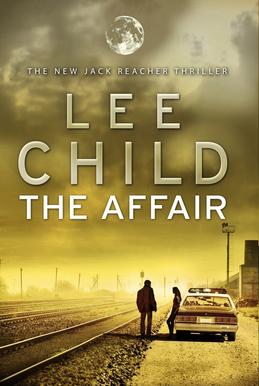 The Affair is one of several ‘flashback’ novels in the Jack Reacher franchise. This one is set shortly before Reacher leaves the army, and suggests why he did that. It’s an intriguing Deep South story, rather old-fashioned in tone, with Reacher playing a classic Private Eye role, sent undercover to investigate a brutal murder in Mississippi. It’s a complex plot, its slow reveals coming between ‘interviews’ with the dead woman’s friends and family. The core of the story, however, surrounds the blossoming of Reacher’s relationship with the female county sheriff, Elizabeth Deveraux.

The two are clearly soul-mates, Deveraux languid where Reacher is laconic. Here, again, is the classic Western drifter’s relationship with the local beauty. Except Deveraux is no damsel in distress or whore with a heart of gold; she’s law enforcement, riding about with a shotgun in the patrol car. Add to that Child’s evocative descriptions of the dusty Mississippi railroad town and its landscape, and you’ve got the sense of America’s enormity that pervades Reacher’s consciousness as he wanders this big country, essentially – if not always literally – on foot. 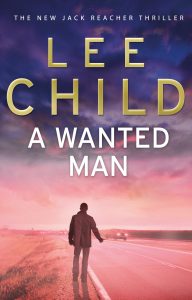 Despite coming out of an army background though, and having a predilection for ‘spectacular’ women, Reacher’s best moments are alone. And in A Wanted Man, my third pick of Lee Child’s novels, that’s where we find him in the opening pages. Alone on a dark highway, with a busted nose, thumb out, hoping for a lift …

In this book, Child makes much of Reacher’s outlandish appearance – not just battered, but somehow unnaturally huge – in a way he reprises in many of these books, including his latest, The Midnight Line. Reacher is a kind of superman, not only bigger than everyone else, but stronger, faster, harder. Just all round better.

In A Wanted Man, to my delight, he interprets the coded blinks of a woman in the back seat of a car, seen reversed in the rear view mirror, and manages to communicate with her without the other occupants of the car becoming aware. That level of invention speaks volumes for Child’s ingenuity and playfulness as he builds the legend that is Jack Reacher.

The interplay here between Reacher and the two main female characters is also beautifully conceived, and feels very real. That edge of reality is vital in making us believe, for there are always moments in these books where the suspension of disbelief is very much required. And I suspend it willingly, confident in Lee Child’s skill as a storyteller, even though the last few chapters of A Wanted Man go beyond the ending of any other thriller I’ve ever read. It’s a glorious WTF conclusion that made my jaw drop and inspired me to up the drama of my own books. Because there’s a little bit of Jack Reacher in all of us …

BIO: Jane Holland is a Gregory Award–winning poet and novelist who also writes commercial fiction under the pseudonyms Victoria Lamb, Elizabeth Moss, Beth Good and Hannah Coates. Her debut thriller, Girl Number One, hit #1 in the UK Kindle Store in December 2015. Jane lives with her husband and young family near the North Cornwall/Devon border. A homeschooler, her hobbies include photography and growing her own vegetables. Follow her on Twitter, HERE and LIKE her FB page. 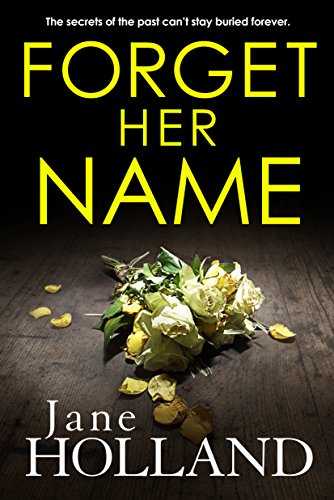 Rachel’s dead and she’s never coming back. Or is she?

As she prepares for her wedding to Dominic, Catherine has never been happier or more excited about her future. But when she receives an anonymous package—a familiar snow globe with a very grisly addition—that happiness is abruptly threatened by secrets from her past.

Her older sister, Rachel, died on a skiing holiday as a child. But Rachel was no angel: she was vicious and highly disturbed, and she made Catherine’s life a misery. Catherine has spent years trying to forget her dead sister’s cruel tricks. Now someone has sent her Rachel’s snow globe—the first in a series of ominous messages…

While Catherine struggles to focus on her new life with Dominic, someone out there seems intent on tormenting her. But who? And why now? The only alternative is what she fears most: is Rachel still alive?

Buy Forget Her Name HERE (UK) and HERE (US).