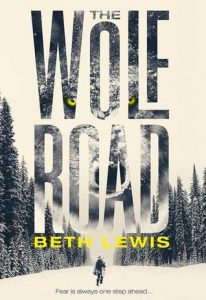 1) THE WOLF ROAD by Beth Lewis

WHY I LIKE IT: Elka and Trapper’s relationship is a fascinating example of Stockholm syndrome. If you knew that the person that raised, rescued and moulded you as his protégé was a depraved killer, would you turn him in? Loyalty, gratitude and a long emotional attachment versus morality – it’s an absorbing question. The characters are compelling, they use their warped needs to manipulate in brutal and criminal ways. The apocalypse has devolved them and freed them from morality. There are a few truly good characters who have survived this, and the story viscerally punishes them for them for it. It’s a fantastic read! 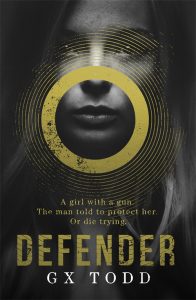 WHY I LIKE IT: Defender is set in a post-apocalyptic America, where destruction has been wreaked by people who hear The Voices. It’s a great concept and it’s infuriating! It raises many questions about the voices. Todd ratchets up the suspense for the next books. It is such a visual story and it made me squirm at the descriptions of death and violence. It regularly verges on horror. I love that Pilgrim loses his ability to read and loses his Voice which traitorously escapes to Lacey, so he creates his own replacement voice. This will leave you raw with indignation and on tenterhooks for the next book. 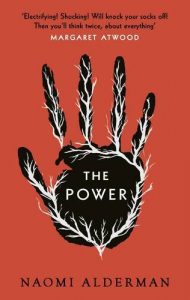 3) THE POWER by Naomi Alderman

WHY I LIKE IT: This is another fantastic idea, with the many moving parts beautifully woven into a novel about feminism, power and gender irrelevant human susceptibility to violence and corruption.  What if adolescent women discovered that they had the power to create electricity? It is a compelling story that makes you question if the world would actually be a better place under the rule of women. The ramifications and unravelling are well explored and they stretch from the personal to international and from the political to gangland.