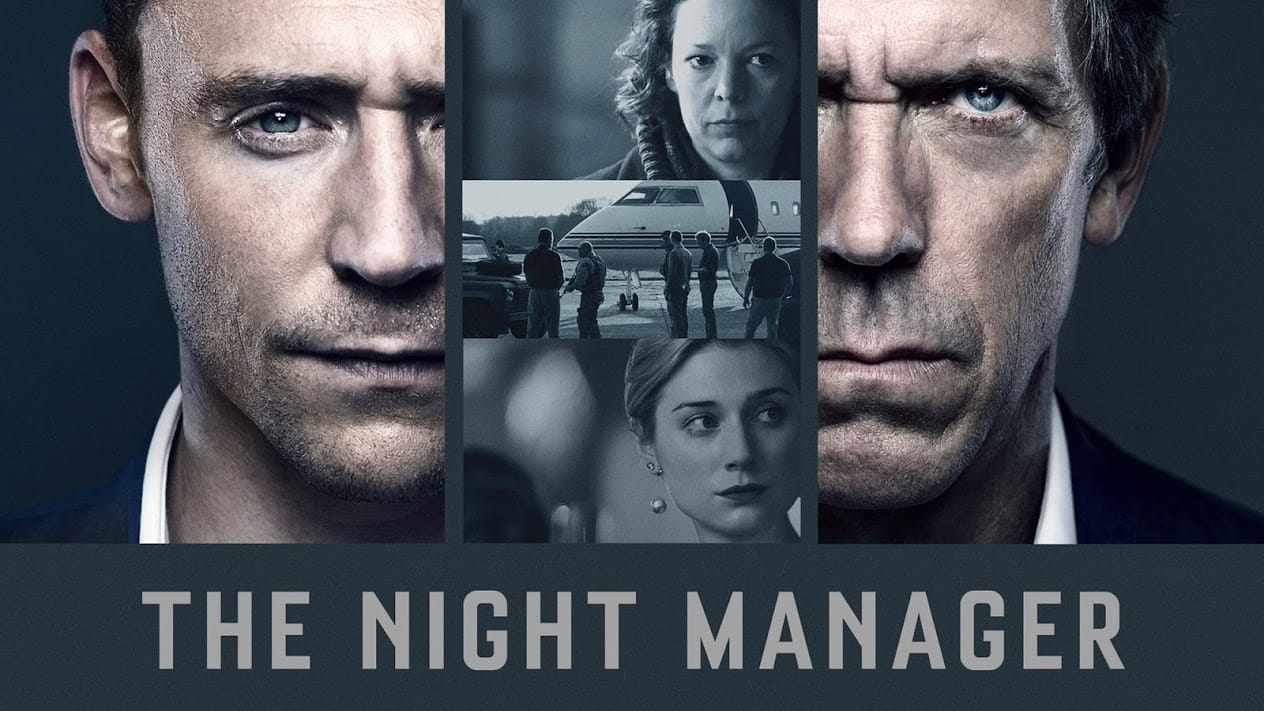 The Night Manager is John Le Carre’s 14th book, published in 1993. The story of ex-soldier-turned-hotelier-turned-spy Jonathan Pine was turned into a massively successful and lavish TV series in 2016, starring a veritable embarrassment of acting riches and exotic locations. But which did it better – the book or the show?

Jonathan Pine is a haunted man. Haunted by the memories of his time as a soldier involved in covert operations in Northern Ireland, and by a failed marriage, he’s distanced himself from his past by becoming the night manager in a string of high-class hotels.

During his time at one such hotel in Egypt he meets and falls in love with Sophie, the mistress of a local playboy who is involved in a deal with one Richard Onslow Roper. Roper is massively rich, surrounded by aristocratic cronies, and untouchable. He’s also completely untroubled by morals and happy to sell arms – under the guise of agricultural equipment – to the highest bidder. Sophie entrusts Jonathan with a list of what’s on the table – guns, tanks, missiles and chemical weapons – only to be used in the case of her meeting with ‘an accident’; but Jonathan, as an ex-soldier, can’t help but act on the information. He passes it on to a friend at the British Embassy. The deal folds. But Sophie ends up dead. Jonathan, with even more guilt on his hands, leaves Egypt. 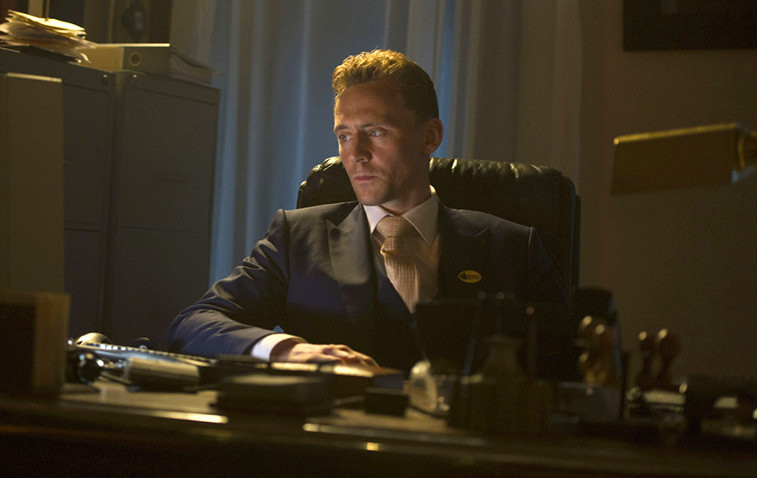 He starts work at an exclusive hotel in Switzerland, where he meets ‘Dicky’ Roper in the flesh. In an attempt to avenge Sophie’s death, he passes information on Roper and his group onto British Intelligence, where it lands on the desk of Leonard Burr, head of a small MI5 task force. Burr, who’s been trying to stop Roper’s arms deals for some time, offers Jonathan the chance to bring him down by going undercover and infiltrating his circle of friends.

Driven by the desire for revenge, Jonathan becomes part of Roper’s inner circle, replacing his right hand man Corky and trying (and failing) to avoid falling for his partner Jed. Soon Jonathan, under a different identity, is living in Roper’s luxury compound in Nassau, flying in his private jet and signing the paperwork on arms deals worth millions of pounds. But will he get his man?

The action’s moved to more recent times – Jonathan’s now in Egypt during the Arab Spring uprising, and saw service in the Iraq, rather than Ireland – but we’re back in the same hotel.

We don’t learn quite so much about Jonathan, played by Tom Hiddleston in what’s basically a six hour James Bond audition; he can still charm the hotel guests, the ladies and more or less everyone around him without giving away much of himself, but we don’t really get the impression that he’s particularly haunted. Just a bit of a loner. But hey, he’s got a nice smile.

The GENIUS move of the TV show, though, is in casting Olivia Colman as Agent Burr (now Angela – she really doesn’t look like a Leonard, especially as she’s heavily pregnant). In the book Burr is a typical Le Carre spy; passionate in his own way, but otherwise a slightly faceless man in grey. Here, Burr is warm and stroppy and takes no shit from anybody whilst being driven by compassion for the victims of Roper and the buyers of his ‘agricultural equipment’.

Actually, the entire cast is a genius move. Hugh Laurie’s portrayal of Dicky Roper is by turns convincingly evil and absolutely charming; in the opening scenes of Episode 2 – a family party at an island restaurant – he holds court affectionately over his friends and is genuinely warm and loving towards his son; who wouldn’t want a seat at that table? Tom Hollander as the loyal and increasingly bitter Corky is a show stealer – his meltdown at a later restaurant scene, aware that he’s been replaced by Jonathan, the ‘human hand grenade’ who’ll blow up in Roper’s face, is fascinatingly uncomfortable to watch. 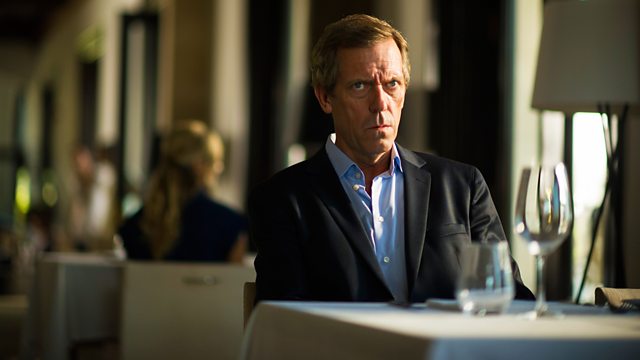 So Which Format Does It Better?

There are several points in which the book and TV show differ, which I’m going to avoid so as not to give away too many spoilers (because if you haven’t watched it or read it, you should), but here’s a few which I think are fairly safe to divulge.

In the book, Jonathan’s cover – his metamorphosis from a charming hotelier into a desperate man on the run – is convincing, although possibly much too long. He doesn’t suddenly change character and turn into a thug; he relies on that charm as usual, mixing with his new West Country neighbours under the name Jack Linden, a few hints that his business isn’t completely legitimate, but he’s a nice fella, talks to the locals, sits in the pub with them.

And then BOOM! Jack Linden leaves town, with a suspicious deep cut on his hand, his business partner’s missing, and the boat he’d just sailed into Falmouth is full of drugs. Jonathan, under a false passport, ends up in Canada, where he works as a hotel chef until he gets ANOTHER false passport after an affair with a local woman – someone else he now feels guilty about – then gets a string of jobs on luxury yachts until he works his way to the island restaurant where he meets up with Roper again. PHEW.

It goes on and on – but it works. In the TV show he just turns up in the West Country, becomes an outlandish thug and then somehow ends up on the Mallorcan island where that family meal takes place. This might’ve worked (possibly) with another actor, but not with Tom Hiddleston, who’s just far too NICE for it to be convincing. But it does mean we get a brief shot of him showering naked under a waterfall, so it’s not all bad. BOOK 1 – TV 0

The book spends a lot more time focusing on the politics and powerplay between the different intelligence agencies, and after a while I just kind of lost the plot; there are so many different characters involved, none of them saying what they mean (they’re spies and civil servants for god’s sake!). The TV show kept this struggle between the agencies, but made it far less complicated with fewer players and succeeded where the book didn’t – it kept my interest. But having said that, if you’re a Le Carre fan, that’s what his books are all about. So I think BOOK 1 – TV 1, but committed spy novel readers might disagree.

Where I think the TV show absolutely beats the book hands down is in it’s portrayal of Roper, Corky et al. Bad guys are nearly always more interesting than good ones, and this lot are no exception. In the book, apart from a brief meeting with Roper at the Swiss hotel in the beginning, we don’t see him again until well over 200 pages in. In the TV show, episode 2 starts at his luxurious (and fecking massive) villa in Mallorca and we pretty much stick with him, bar the odd outing back to MI5/6 in London, until the end. And that’s much more exciting to watch (the other thing I’m glad the TV show did was move Roper from Nassau to Mallorca, because Le Carre’s attempts at the local accent in the book were excruciating). BOOK 1 – TV 2

The ending of the book also differs from the TV show – I’m not going into details how! – and while I found the TV ending much more satisfying, the book is possibly more realistic. So that’s a draw. BOOK 2 – TV 3

Whenever you compare a movie or TV show with the source it’s bound to be difficult – it’s like comparing apples to oranges – so in the end it’s about personal taste. If you want a gritty, twisty spy thriller, read the book. But if like me you want a marvellous confection of glamorous locations, the odd bit of sexiness and some amazing performances, the TV show is hard to beat.

BIO: Fiona Leitch is a screenwriter based on the sunny South Coast of the UK. She specialises in thriller and comedy screenplays with feisty, funny, female protagonists, and is a sucker for a happy ending. Recent work includes spy/crime thriller ‘Lost in Berlin’, which was a finalist in New York’s Athena Film Festival/IRIS Screenwriting Lab 2017; sci fi drama ‘Paradise’ and black comedy/drama ‘Dead in Venice’, both of which reached the final rounds of BBC Writersroom initiatives. Visit her website, HERE.