I loved Miss Peregrine’s Home for Peculiar Children when we took the kids to see it; so much so that I rushed out to buy the book to enjoy the original story. There were, of course, many changes made during the adaptation to film but, I hear you cry, which is best? Book or Film? Film or Book? There’s only one way to find out…. 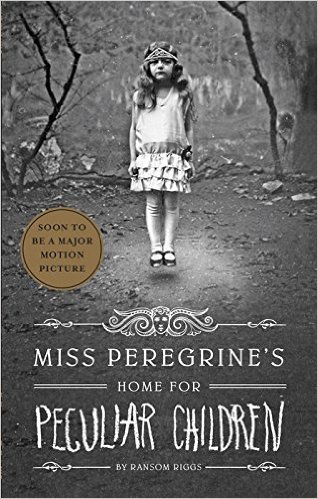 Teenage Jacob has grown up listening to his Grandfather Abe’s stories of his life, filling Jacob’s mind with tales of the mysterious Miss Peregrine and the Peculiar Children who live under her protection. When Abe dies in a mysterious fashion, Jacob searches for the truth about Miss Peregrine and discovers the stories were true.

Spending time with Miss Peregrine and the Peculiar Children, Jacob learns of his own peculiarity and this leads him into a fight with the dangerous, Peculiar-hunting Hollows and Wights as he seeks to protect himself and the children.

Early in the story, Jacob receives a worrying call from Abe that suggests he might be in trouble, so Jacob dashes across town to help.

In the film Jacob is driven to his grandfather’s house by Shelley, a co-worker. Together they scare off the Hollow waiting to feast on Abe when Shelley shoots at it. However, Shelley is a throwaway character we don’t see again in the film, and don’t need to; she simply facilitates getting Jacob to Abe.

In the book it is his friend Ricky who drives Jacob and fulfils a similar role to Shelley. However, there is a minor subplot within which Jacob and Ricky fall out over Jacob’s “psychological” stability. There is a brief acknowledgement of a ‘show-friendship’ in front of Jacob’s parents to maintain the illusion that Jacob is normal, and keep them off his back, but this is not developed any further and doesn’t really need to be; it doesn’t serve the story in any major way, other than to highlight Jacob’s isolation and lack of friends.

Even with a generous running time, the film needed to get Jacob into his quest as soon as possible to keep the audience interested. Developing his relationship with Ricky would have eaten into that valuable time and slowed things down. Instead, Jacob’s isolation from his peers is highlighted as the film opens with a brief introduction to the “cool crew” from school who happily humiliate Jacob at work.

Jacob closest relationship in both book and film is with Emma, a Peculiar Child who was close to his grandfather. The children all have a peculiarity such as super strength or invisibility and are mostly mirrored from book to film. However:

In the film Emma is lighter than air and can control it. Olive, another Peculiar, has the ability to start fires.

In the book Emma’s is the Firestarter and Olive is lighter than air.

This is a fairly significant change and I wonder whether it is due, in part, to relationship that develops between Jacob and Emma? It is, perhaps, more palatable to deal with a relationship between two people where there is no risk of one burning the other to a crisp but also, perhaps, the idea of the girl who is lighter than air is, perhaps, considered more sympathetic (angelic?) than a Firestarter?

However, each version of Emma is emotionally linked to Abe and this is further reflected in the growing relationship with Jacob; both help Jacob come to terms with who he is and who Abe was, catalysing his role in the story.

Jacob and his parents

Jacob’s relationship with his parents is strained and distant. The focus is on his relationship with his father and the conflict created by Jacob’s closeness with Abe, something his father never experienced. Jacob’s dad travels with him on his search for Miss Peregrine, but keeps out of Jacob’s way, researching a book on birds, surfacing once in a while to admonish Jacob for his ‘peculiar’ behaviour. However, it is the way this relationship is played out in the final part of the film/book, when Jacob realises he belongs with the Peculiars, that is most interesting.

In the Film, after returning to his ‘normal’ life, Jacob journeys around the world, searching for the “time loops” that will take him back to the Peculiars among who he now belongs. He sees Abe (now alive in a reset timeline – far too complicated to discuss now) and, as the film ends, he is seen with Emma embracing his new life as a Peculiar. There is very little mention of his family and he pretty much just disappears without a word.

In the book Jacob introduces his dad to his peculiar friends to prove that Abe’s stories were true. While Jacob still leaves his father behind to be with his new family, he provides his father some closure on his paternal relationship with Abe. It is subtle, just a couple of pages in the book, but a nice touch that shows us Jacob cares and wouldn’t just abandon his family without a word.

The ending is where the most significant differences can be found. They both deal with rescuing Miss Peregrine and dealing with the ‘Big Bad’, Golan/Barron who has kidnapped Miss Peregrine (and other Ymbrynes – protectors of peculiar children) in an attempt to recreate, more successfully, the experiments that left him and his kind mutated in their quest for immortality

In the film the children chase Barron using a wrecked ship that Emma brings to the surface using her ability to control air. They follow him to a time-loop in modern day Blackpool and a mighty battle begins between the children, an army of skeletons created by another Peculiar, the Wights and Hollows on the pier.

Barron confuses the Peculiars by disguising himself as Jacob. However, Jacobs’s peculiarity allows him to see the Hollow hiding with Barron, proving who he is to Emma and, in the confusion, Barron is killed by the Hollow and the children escape.

In the book the ending involves submarines, an injured invisible boy and the storming of a lighthouse, led by strong-girl Bronwyn. Emma does not raise the ship in the book but she does contribute to Golan’s death; Jacob shoots him, but Emma uses her peculiarity to grab his face and burn him.

Essentially, in the film, Barron dooms himself; driven by greed and arrogance he is destroyed by his own kind. In the book, Emma and Jacob conspire to attack Golan, a more proactive approach that, while perhaps less exciting than the fight on Blackpool Pier, is certainly darker and more graphic.

I would guess these changes were made to make the climax more exciting visually, but I also suspect that some of the darker aspects were probably taken out to ensure a 12 certificate for an already dark “kids” film; a young girl burning a grown man alive, is pretty gruesome and morally ambiguous when compared to the film.

This is difficult to call. I love both endings. While the film is more exciting, visually, the book forces the reader to think morally about the children’s decisions and is, perhaps, more ‘realistic’ for it. 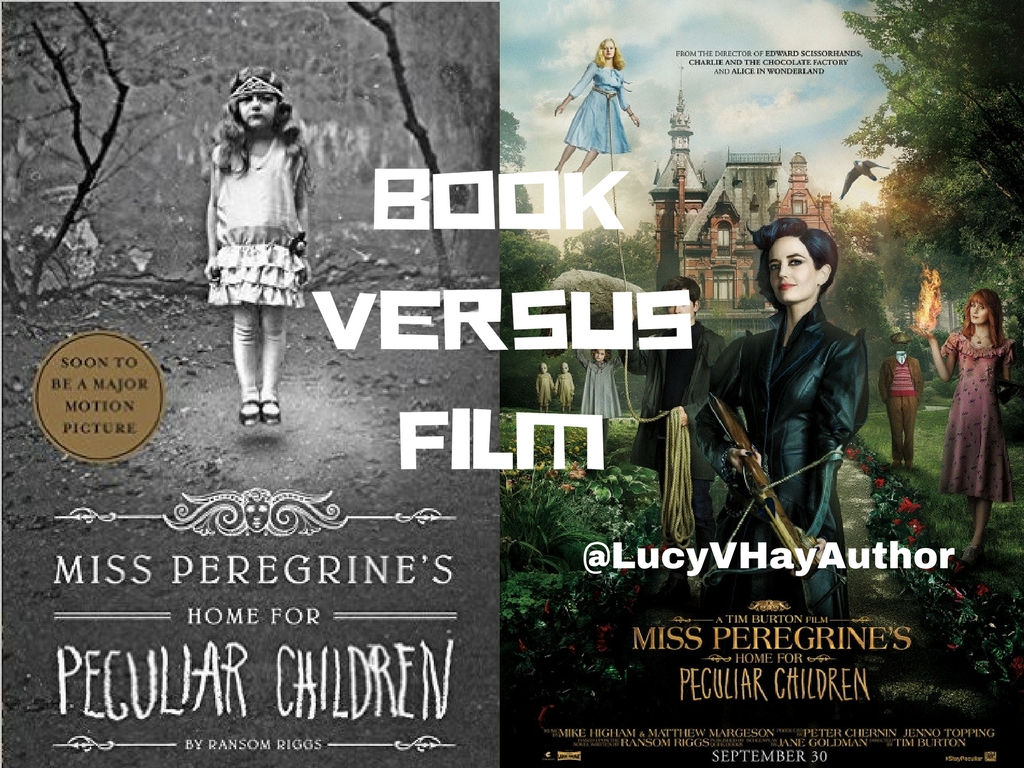 Which may be a bit of a cop out, but I don’t think either is better than the other in my mind. I am sure there are plenty of people who would disagree with this. Books and their adapted Films will always be different, but they are different formats, different mediums and the “rules” within those mediums affect what you can and can’t do. For me, the Book and Film of Miss Peregrine both did the absolute best they could within the confines of the medium they chose. The themes and messages are the same throughout (isolation, difference, family) and I finished both in similar states of contemplation, so they both do a great job of telling Jacob’s story.

The differences did not stop me enjoying either interpretation as each has its advantages and disadvantages and both transported me to another world within which I had the chance to explore and enjoy certain themes and emotions.

So, basically, what are you still doing here? Go and buy the DVD and read the book and see what you think?

BIO: Mark Walker is an NHS Manager by day but a writer and astronomer by night. He is a life-long filmfan which is where his main interest in writing stems from, although he has been branching out more recently trying his hand at short story writing for the CREATE50 Initiative. He lives in Gloucestershire with his wife, two daughters, two guinea pigs and Bob the Hamster. You can see some of his musing on writing and starry pictures over on his website and follow him on Twitter as @MarkWalker_UK.