BOOK VERSUS FILM: The Silence Of The Lambs

WARNING: Do not touch the glass. Do not approach the glass. And do not under any circumstances read this if you don’t already know the story … 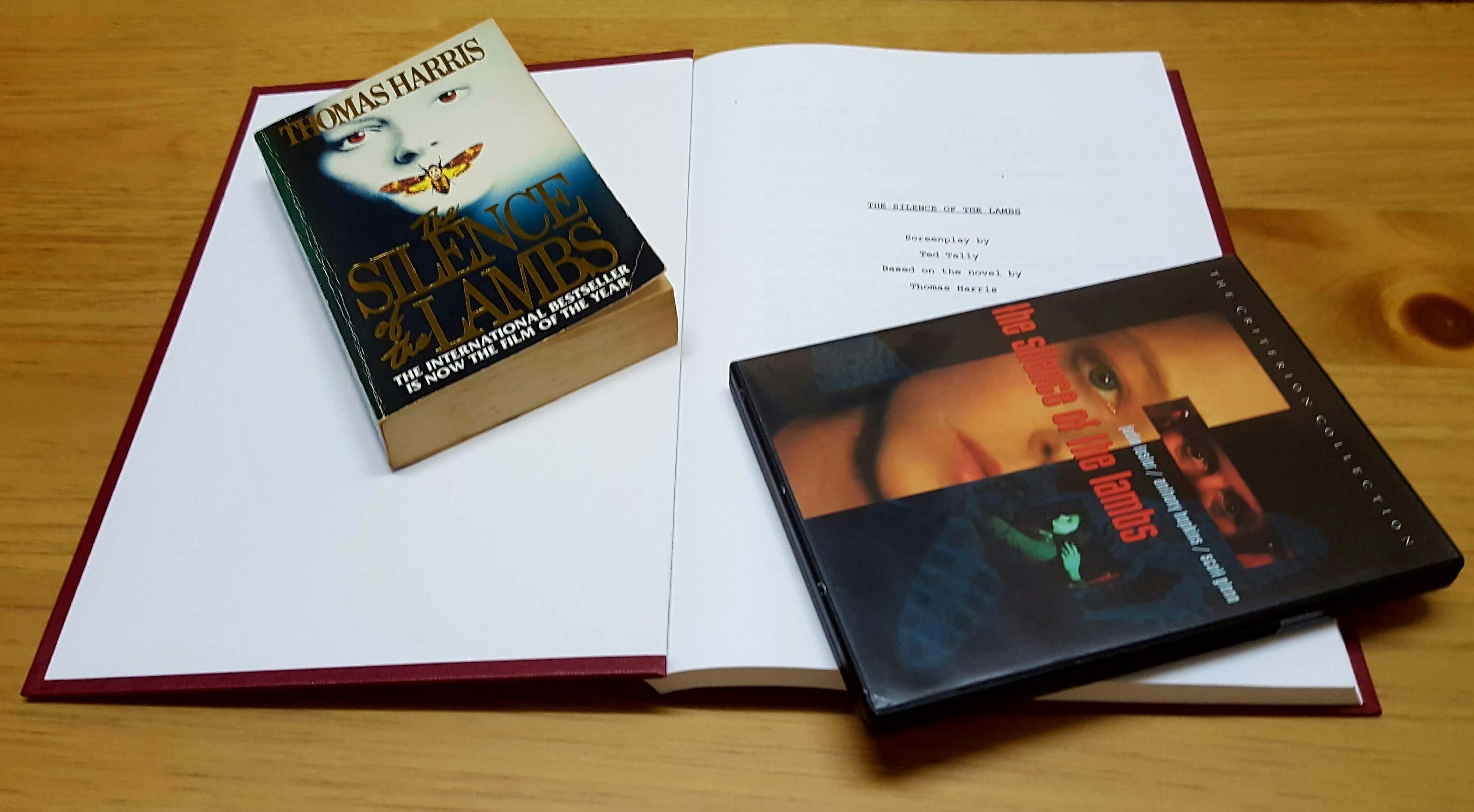 CS: Hello, Dr Lecter. May I talk with you?

HL: Good evening, Clarice. What do you have for me this time?

CS: A comparison study, concerning the book and film of The Silence of the Lambs.

HL: Lucy V Hay sent a blogger to me?

CS: You see and read a lot, Dr Lecter. But are you willing to point your high-powered perception at the story of how we met?

HL: Send the first case file on through, now. 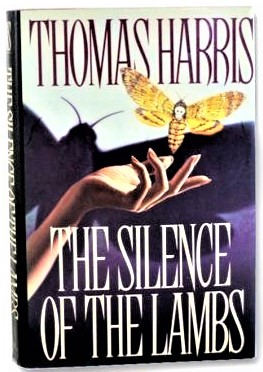 HL: What I find most interesting about Thomas Harris’s book is the risk he takes before writing a single word. When penning sequels to earlier successes authors usually retain the protagonist, but here poor Will Graham does not return from Red Dragon. Instead, our Mr Harris elects to keep me around. Which is, of course, the correct choice.

CS: The book became a global bestseller. Why do you think it was so popular?

HL: Years of research, and it shows on all 352 pages. And, whilst other detail-heavy prose often feels just as heavy-going, the writing here simply flows, much like the rich juices from a roasting carcass. Does that make you feel hungry, Clarice?

CS: I just ate. How would you sum up the story, Dr Lecter?

HL: It’s all here, in the case file. The hunt for serial killer Buffalo Bill is getting nowhere, so the FBI sends poor little trainee Clarice Starling – you – to the Baltimore State Hospital for the Criminally Insane, to interview the brilliant psychiatrist Dr Hannibal Lecter – me – and gain his help catching that naughty boy.

CS: Will you share your thoughts about the characters, please?

HL: I particularly enjoyed seeing your boss suffer. Heading up the investigation means Jack Crawford’s a busy man; but there’s no respite for him at home – not with his dying wife Bella to look after. How long before that starts to affect his work, do you think? Alas, only the book ponders such a painful, yet insightful, question.

CS: Did anyone else make a strong impression on you?

HL: It would be remiss of me not to discuss our antagonist Jame Gumb, AKA Buffalo Bill. He’s one conflicted man, Clarice, damaged by childhood events. Whilst of course he’s a repulsive being, I could not help but find him fascinating. I especially liked his dilemma over where to put the zip on the suit he’s making from his victims’ skins.

CS: You mention the skin-suit – that’s revealed in the book much sooner than in the film. Dr Lecter, do you think it’s more effective that way?

HL: Whilst I prefer keeping people in the dark, revealing this aspect of Bill earlier in the book is necessary. We get many insights into his psyche that would otherwise be confusing. 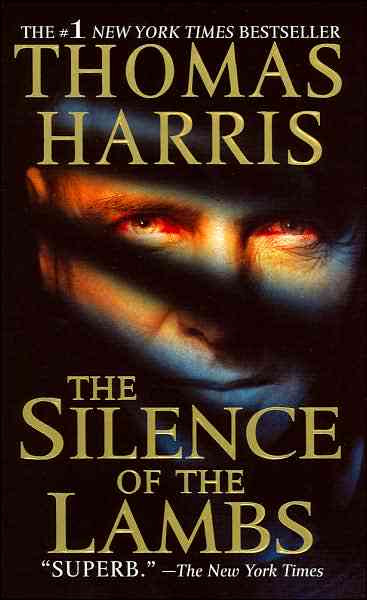 HL: I wondered when you’d get to us. Dr Hannibal Lecter, and FBI agent-in-training Clarice Starling! We’ll begin with me. Ah, the days when I had six fingers on my left hand, and collected church collapses for my own amusement, Clarice! Of course I am biased, but I will say the interactions between our two characters are the highlight of the book. It’s easy to see why Mr Harris finds me more satisfying than Will Graham. After all, how can one not admire a man who tries to patent a crucifixion watch?

HL: Poor little Starling: eager to be accepted into the FBI, and yet troubled by childhood trauma, on the ranch where she was raised, and where she failed to save a single lamb from the slaughter. This book is your story, Clarice, and in literature it is quite something to know you. Indeed, Starling’s skills and trials in the book exceed what we get in the film.

HL: The clever way she cracks the padlock to gain access to Benjamin Raspail’s storage, and how she preserves the scene once inside. There’s a practicality to her that’s not as evident on screen. And then we have the career threat. Four weeks shy of becoming a special agent and suddenly all that hard work is jeopardised by a case she’s no longer on. Walking away might mean graduation, but would also sacrifice Bill’s latest victim to a grisly fate… Another book exclusive.

CS: So that’s a second win for the book: the detail which never feels obtrusive, and the strong characters with their own conflicts.

HL: Why don’t you send that tape through, Clarice, and we’ll take a look at the film … 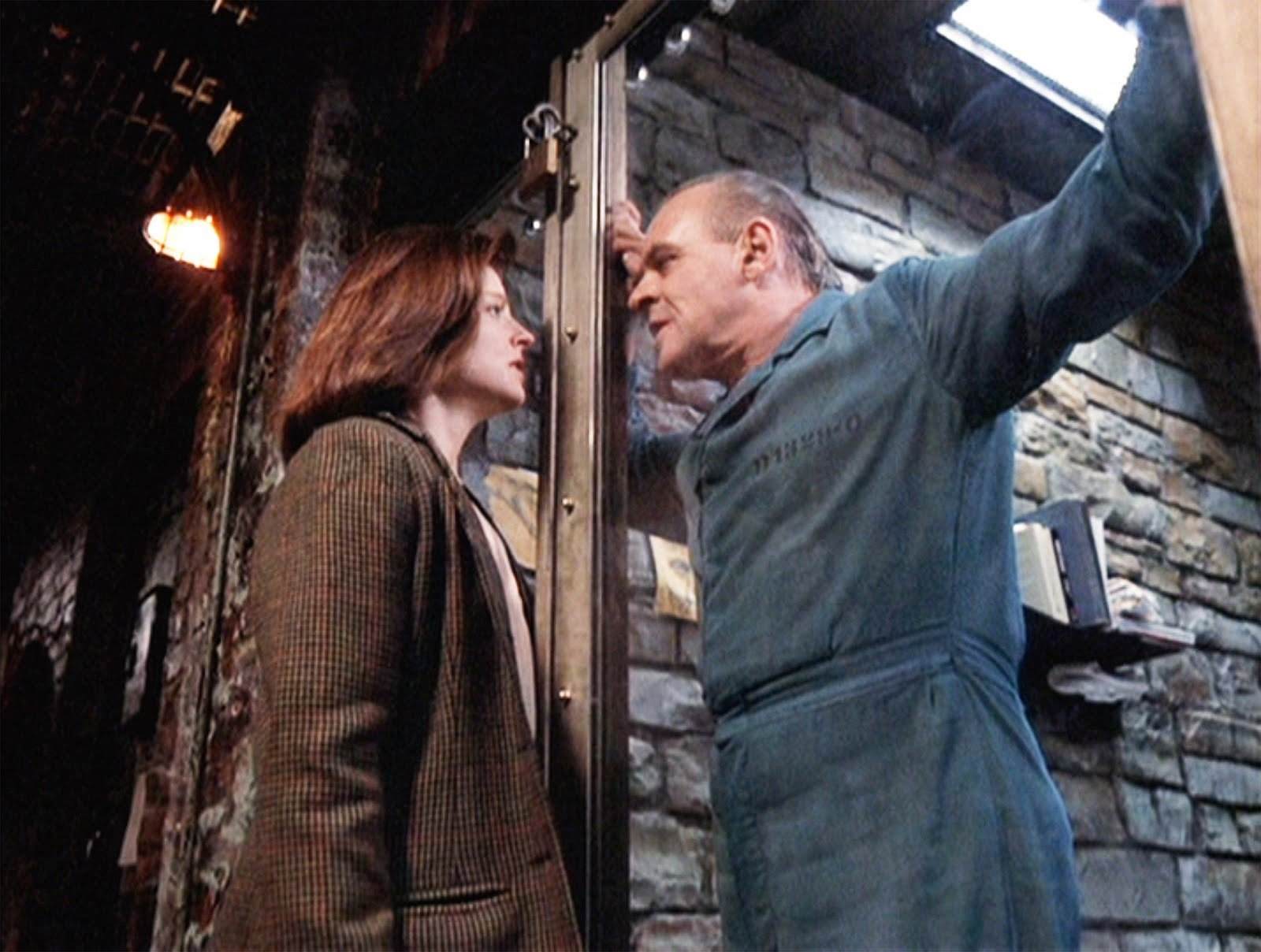 HL: It amuses me to recall how this went on general release on Valentine’s Day. Just picture it, Clarice: all those tedious, sticky fumblings in the back rows of theatres… What a date night surprise we must have been.

CS: I imagine most people were surprised, Dr Lecter. Many were terrified. But it went on to earn over $272 million, from a $19 million budget. And it became only the third film to win the top five Oscars, at the 64th Academy Awards. One of those was for best adapted screenplay; I’d like to begin there if I may –

CS: Very well. Ted Tally’s screenplay is among the most faithful adaptations ever written. As far as the plotting goes it’s almost identical, so that’s a draw. But where the book utilises many points of view, the film mostly refocuses the narrative on one character.

HL: On you, Clarice. How did it feel?

CS: To begin with, she feels like an outsider. But that’s the point. There’s a couple of scenes where my character is surrounded by men – FBI agents in an elevator, and police officers at a funeral home – and they’re looking down on her, but she’s the one still there in the next shot. The film makes the point about breaking into this men’s club even better than the book.

HL: Indeed it does. But there’s another way in which the viewer becomes you, isn’t there? Did you spot what that is? Make an effort to answer now.

CS: The director, Jonathan Demme, had the actors talk directly to camera whilst addressing my character when I’m off-screen. It made our conversations more powerful as a result

HL: And made the audience more afraid of me.

CS: There’s a greater sense of dread, that’s true. It’s often described as the only horror film to win the best picture Oscar – though I’m not sure it should be called a horror.

HL: That’s a conversation for another time, Clarice. I want to hear more about your thoughts on the film.

CS: It’s far more disturbing than the book, and at times the tension is unbearable. Jame Gumb hunting my character in his night-vision goggles; your escape from the courthouse in Memphis… And then there’s the misdirection, such as the famous cross-cutting scene between the FBI’s raid on the wrong house, whilst in the right house Jame Gumb is opening the door on unsuspecting me.

HL: It is certainly more dramatic. So, you’ve discussed what the film adds, now tell me what it omits.

CS: Aside from the two ‘book exclusives’ you mentioned, there’s Jame Gumb’s past, and Jack Crawford chasing down the lead about sex reassignment. And also there’s the explanation of how you make the handcuff key, which in the book is a very detailed process, but for the film you use a pen-nib.

HL: Simplicity, Clarice. It streamlines the pace. Is the film better for it though?

CS: The book can afford to take its time. If it read as fast as the film it would feel rushed; likewise, if the film was as detailed as the book it would drag.

HL: That’s honours even, then. What have we learned from case file number two? The handling of Clarice, both as a woman breaking down barriers and as the audience’s eyes, earns the film a point; so too the addition of horror and the increased tension. Have you anything further to add before we choose a winner? 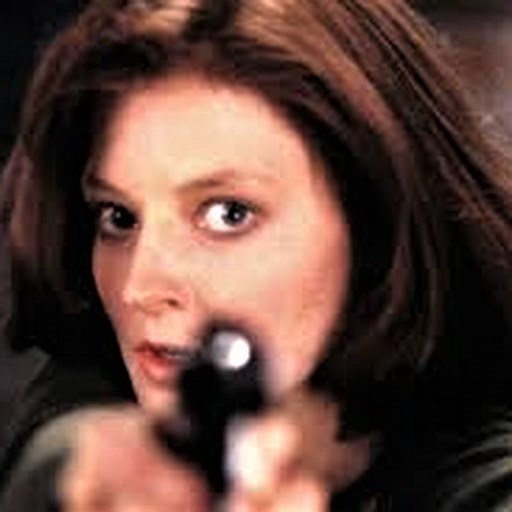 CS: And on their list of villains, Hopkins’ Hannibal Lecter was first. But we can’t decide this comparison by what awards were won. As impressive as they are, over 25 years later people do not remember the book or the film for those.

HL: You’re so close to the way you’re going to choose the winner, do you realise that?

CS: In storytelling terms it’s about as perfect a marriage between book and film as you’ll get. Yes, the book came first then the film. But after that …

HL: What came after that, Clarice?

CS: When Chris Carter made The X-Files, his female agent Dana Scully was heavily influenced by the film’s Clarice Starling. Hannibal the Cannibal became a cultural phenomenon, being referenced everywhere from soap-operas to sitcoms to sketch-shows; there’s even a nod in the Shaun the Sheep movie –

CS: And how many films or TV series have since featured an incarcerated criminal genius giving advice? Even today The Blacklist has its own criminal mastermind helping a rookie profiler. 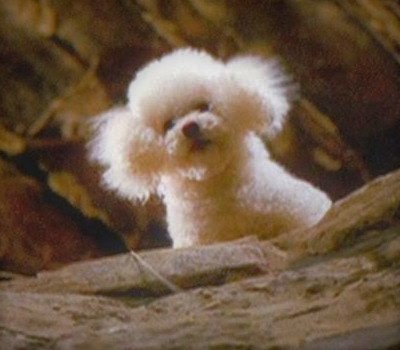 HL: So what came after is its legacy?

CS: And it’s a legacy created almost entirely by the film. John Douglas, the real-life inspiration for Jack Crawford, said the film did more for the perception of the Bureau than any genuine case. It actually changed the public’s opinion about the FBI.

HL: His words are quite an endorsement.

CS: And speaking of words, Dr Lecter, if I were asked what drink you preferred with liver and fava beans, and I said a big Amarone, I’d be told that was wrong. But it’s what appeared in the book – it’s what came first – yet everybody will say the correct answer is a nice Chianti. The alternative, from the film.

HL: I fear our time together is almost up. What is your final word?

HL: Well, Clarice, you have indeed thrilled me with your acumen. I concur with your decision. The film it is.

CS: Thank you for your time, Dr Lecter.

HL: Goodbye, Clarice. And on your way out, I would be most grateful if you’d ask Barney to have Dr Chilton stop by. All this talk has left me feeling rather peckish …

BIO: Nick Jackson gets easily confused. Many years ago he found Precious – but when he tried to stick it on his one-ring finger, the dog nearly bit his hand off. Nowadays he writes short stories and screenplays – usually horror / supernatural thrillers – and recently appeared in the anthologies Dark Minds and Twisted’s Evil Little Sister. He’d like to offer his sincerest apologies to Ted Tally, whilst declaring that imitation really is the sincerest form of flattery.