BOOK VERSUS FILM: Zodiac – Which Kills It? 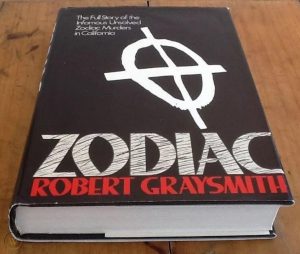 The 1986 book Zodiac by Robert Graysmith tells the story of The Zodiac Killer, the serial killer who terrorised the San Francisco area beginning in the late 1960s. Graysmith was a cartoonist at the San Francisco Chronicle and was there when the Zodiac killer mailed the newspaper letters and ciphers to taunt police.

The book is a portrayal of a watershed moment in American history because the Zodiac killer was the first modern American serial killer that became part of the national culture in an unprecedented way. Graysmith’s book is very much a product of the era, and as a result it feels very different from modern true crime books. But that’s part of what makes the book great!

Written and printed at a time long before true crime was the massive industry it is today, Zodiac is truly a product of research and facts without many literary flourishes. What shines through in sparse, effective prose is the sheer drive to present the facts of the Zodiac.

Those facts are more than enough to tell a captivating and chilling tale. Long before there were entire channels dedicated to court cases and true crime, there was the Zodiac killer and those who were fascinated by the case. The book is written by one of those people. Zodiac doesn’t just tell the story of a serial killer, it tells the story of a different era and a different country. 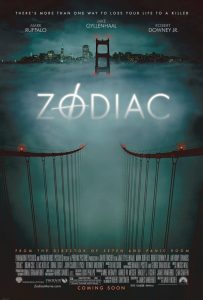 In 2007, Zodiac, a film adaptation of Graysmith’s book by David Fincher, premiered in theatres. From the beginning, it’s clear considerable time and care were given to researching the facts of the case. The result is that Zodiac doesn’t feel like a typical crime movie at all.

In fact, it has the slow, methodical, but quietly unnerving pacing, flow, and style of a good true crime book or even a documentary. There is no huge dramatic showdown in the end with the killer and no climactic ending that can be found in most crime movies.

Instead, Zodiac is a movie about the investigation of one of the most famous serial killers in American history. As opposed to many crime movies, where the serial killer or even the victims is the central focus, the emphasis here is on the investigation itself. That methodical investigation and presentation of the facts are the heart of the movie, as it shows all the ups and downs that the investigators and other people involved experienced while trying to catch the Zodiac. As an audience member, you feel the excitement when a suspect that looks good is revealed, only to have your hopes dashed away by a new piece of information.

The film also does a superb job of creating the mood, atmosphere, and style of the era. Zodiac shows the late 60’s as most of middle America lived it, which is what made the Zodiac killings so unprecedentedly terrifying to people of that era.

This was long before true crime was such a widespread and popular interest, and in a way, Zodiac shows why that genre became such a fascination. The crimes the Zodiac committed were happening to regular people in places regular people lived and worked. And there was no telling where he was and how many people he had truly killed or attacked.

The movie does a great job of showing how the case draws one in. Before you know it, years and decades have passed, and you are still no closer to knowing who did it.

Sadly, Zodiac shows the raw reality of many investigations, especially of that era, as the crime has never been officially solved despite it being one of the most high-profile American crimes ever. Much like the book, the movie Zodiac takes an amazing amount of care in presenting the facts in all their light and tells the story not just of a serial killer, but a different era, a different mindset, and a different culture.

One very important fact the film shows is how this was an era before DNA evidence and instant communication, so sharing information about crimes was much more difficult, complex, and time-consuming. A great scene that subtly shows how the culture changes as the case goes along is where people involved in the Zodiac case go to the movies and the movie playing is Dirty Harry, the iconic Clint Eastwood film where the movie’s villain is a fictionalised version of the Zodiac killer. 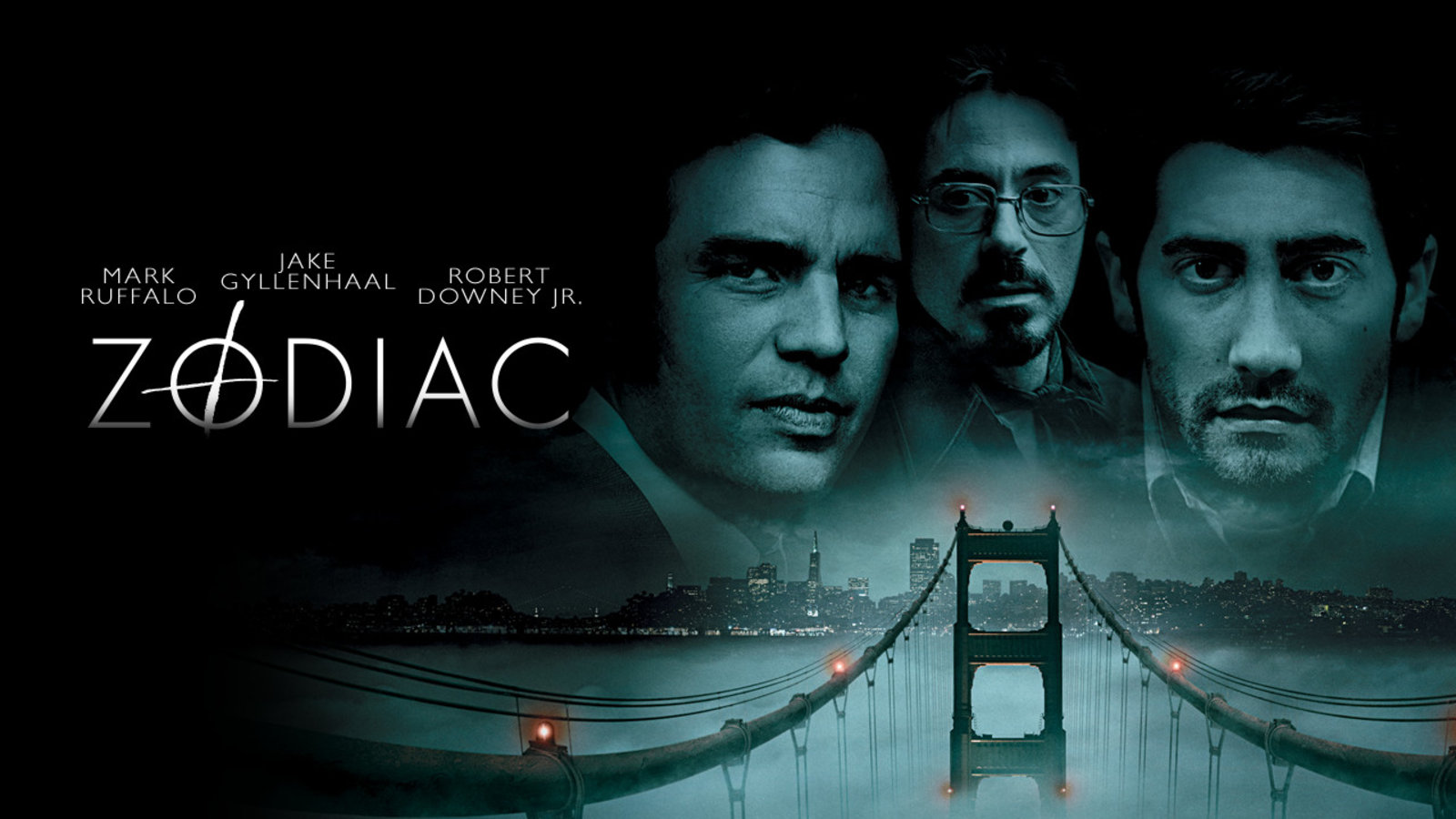 The book and the movie complement each other very well because the movie takes the book and enhances it. Unlike most adaptations of books, Zodiac doesn’t have to work hard to adapt the story to the screen or figure out what to show, which is an advantage of a non-fiction story. The crimes described in the book come across more like re-enactments than typical dramatisations because of how meticulous they are shot and depicted.

But one thing the movie shows in-depth that the book doesn’t is the toll that the case takes on all those involved. This is perhaps the biggest way the movie compliments and enhances the book, because it brings to life the investigators. While in a book there may be one or two notes referring to an experience, the movie Zodiac brings author Graysmith to life as a character just like the cops investigating the killings.

One scene stands out as beyond effective at showing how frightening writing about the case could be, especially in those days. In the scene, Robert Graysmith (played by Jake Gyllenhaal) is meeting a man about a potential lead in the case, and together the two go to his house to look at writing samples for someone who may or may not be involved in the Zodiac killings.

The scene that follows not only captures the real-life thrills that can happen during a case like this, it’s also one of the most subtly suspenseful scenes to happen in a movie in the last few decades. There is no ominous music, no over-the-top jump scare, just a quiet, albeit terrifying implication. And like many things involving a criminal investigation, it may have been nothing, but the possibility is more than enough to be frightening.

The other thing the film captures over a book is the greater effects a crime like this has on a community. The scene where someone claiming to be the Zodiac calls into a local TV station may merit only a brief mention in a book, but the scene showing it re-created is quite unsettling and captures the terror that could’ve been lurking anywhere in the area during the time of the Zodiac killer. Much like the book, the movie never embellishes or exaggerates things because it doesn’t have to. 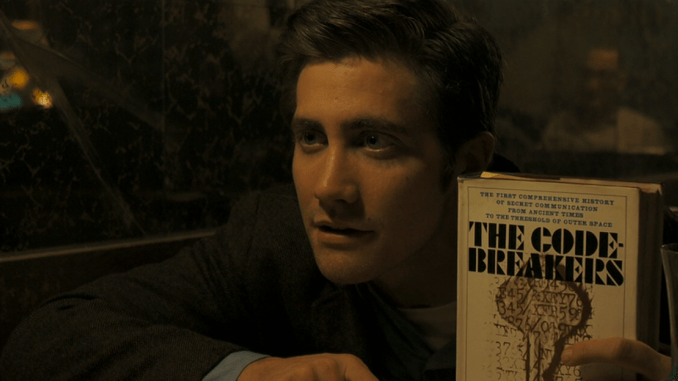 When it comes to deciding which one was the best, it’s a tough call. For those seeking a comprehensive and complete look at the entire Zodiac case, the book is the best bet, but for a brilliantly-made movie that tells an important story and shows the true impact that a crime obsession can have on anyone, the movie is the clear winner. In this case of book versus movie, one doesn’t clearly outshine the other so much as both are excellent examples of their medium. Either way, they are both highly recommended.

BIO: Grant Butler is the author of the novel The Heroin Heiress and his short fiction has been published in Sick Cruising and Mardi Gras Mysteries. Some of his literary influences include Stephen King, Ira Levin, Agatha Christie, and Thomas Harris. Cinema is also a big influence on his storytelling and some of his favourite films are Jaws, The Godfather, Goodfellas, and Psycho. He can be found on Twitter @thegrantbutler.

1 thought on “BOOK VERSUS FILM: Zodiac – Which Kills It?”