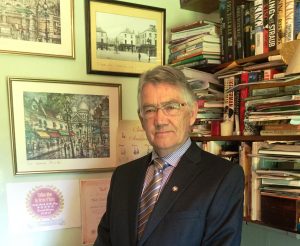 I’m Brian O’Hare, retired assistant director of The Southern Regional College in Northern Ireland. For more info, check out my website, HERE. My contemporary fiction novel set in Ireland, Fallen Men,  has won two awards. I have now embarked, at my publisher’s request, on a new mystery series, The Inspector Sheehan Mysteries. The first novel, The Doom Murders, has picked up three awards, and the second, The 11.05 Murders, only recently published, has so far acquired two awards.

In order to introduce Chief Inspector Sheehan to the reading public, my publisher asked me to write a couple of short stories, with a kind of game element, ie, the reader is present for all interviews with the suspects and is then asked to guess who the murderer is before reading Sheehan’s explanation. There are three of these: 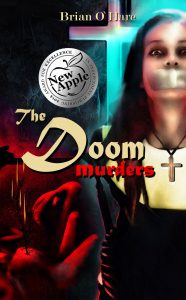 I have been writing for a number of years, for the most part without the realisation that I was actually a writer. It was only when I tried my hand at fiction for the first time that I thought I might have earned the right to call myself an author. My personal favourite reading genres are mysteries and thrillers. So I thought I would have a go at writing my own mystery novel. The first two books (mentioned above) were quite well received, garnering loads of very good reviews on Amazon. So I will be sticking with that genre. Inspector Sheehan is fleshing out more with each story. I am now working on the third: The Coven Murders.

3) What informs your crime writing? (ie. real life cases, “what if …?”, interest in themes/ subjects like psychology, background in policework …?)

Your suggestions above are pretty much on the mark. Definitely ‘what if …’ but The Doom Murders has a couple a very specific themes, one to do with issues affecting Christian beliefs and practices, the other an examination of a killer who suffers from a delusional disorder that prompts the murders. The second book also has significant psychological undertones with a murderer who, like the killer in The Doom Murders, exhibits symptoms that again sends Sheehan scurrying to a psychology professor for insights. 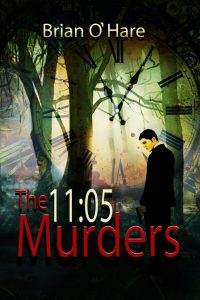 Embarrassed to admit that I have been slacking for the past few months. I golf three days a week and usually write three days a week. The writing has suffered lately, not from writers’ block but from a mixture of life’s interferences and a degree of indolence. Thankfully I am back in harness again and I am managing a couple of hours of writing on the days I don’t play golf. Roughly 40000 words into my new book and it is now casting its spell on me.

Anything by Jo Nesbo. He has a brilliant observation, allied to a fantastic imagination, incredible writing skills, and the ability to draw wonderfully realistic characters. His view of the world around him and his creative metaphors are woven seamlessly into his stories. Sometimes I am so in awe of his writing that I spend more time re-reading passages than I do pursuing the story. An extraordinary writer. Makes me wonder what I am doing putting my stuff out there when it doesn’t even begin to compare with Nesbo’s.