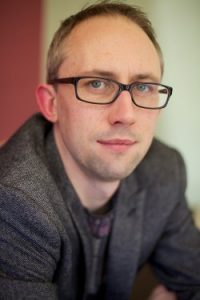 I’m Chris Ewan, the author of THE GOOD THIEF’S GUIDE series of mystery novels about crime writer and globetrotting thief Charlie Howard as well as a number of standalone thrillers, including SAFE HOUSE and my most recent book, LONG TIME LOST, which The Independent called a “masterful thriller”. I’m based in Somerset, though I recently lived in the Isle of Man for eleven years. You can find me on Twitter @chrisewan.

Recently, my writing has been heavily influenced by missing persons mysteries – for instance, both SAFE HOUSE and LONG TIME LOST grew out of rumours I had heard of the Isle of Man being used as a place to relocate people involved in UK witness protection programmes, though the novels follow very different paths. Another theme that keeps cropping up for me is the ways in which family 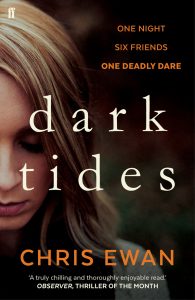 secrets can be terribly destructive, even when the secrets are being kept with the best of intentions.

Since my wife and I have had kids, the idea of a writing routine seems like wishful thinking, but when I’m working on a first draft of a book I write five pages every day and I always try, where I can, to write in the mornings. After four or five months, I’ll have a first draft and I’ll then rewrite that for as many hours a day as I can for another four or five months.

My favourite crime novel is Raymond Chandler’s THE LONG GOODBYE but in terms of recent reads, I’m very envious of Noah Hawley’s THE GOOD FATHER – a perfect blend of a big idea with heartfelt storytelling.