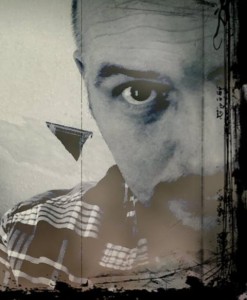 I’m Gareth Spark and I was born in Whitby and began writing my first book, At The Breakwater (Mudfog Press, 2001) in the late 90’s.

In 2005, I moved to Spain, where I took a job behind a bar. There I met a wide variety of unsavoury characters and heard some grim but inspiring stories from the retired “gentlemen” who frequented the place. It was there my writing became focused on Crime fiction, and I began my novel MARWICK’S RECKONING, which deals with British Gangsters on The Costa Brava, and is due to be published this year by Near To The Knuckle Books.

My short fiction has appeared on American Crime fiction sites such as, Shotgun Honey, Out of the Gutter, Deepwater Literary Review and The Big Adios, among others, as well as in various anthologies.

My story “American Tan” won second place in the Crime Themed GKBC International Short Story competition in 2013. The publication of my first collection of stories SNAKE FARM (Electraglade Press, 2015) followed. I review online for Fjords Review, among others, and am a member of the Zelmer Pulp writing collective.

A story of mine was included in TROUBLE IN THE HEARTLAND, a collection of short stories written by crime writers using Bruce Springsteen songs as a theme. Other contributors included Dennis Lehane, Joe Clifford and Chuck Wendig.

You can check out my stories at Near To The Knuckle too, a great British Crime Fiction site.

I write crime fiction because it’s the only genre able to deal with the BIG issues of morality, guilt and responsibility in an extreme and definite way. I write it because I want to contribute something NEW to the genre, something visceral, vivid and acid-sharp, kicking up from underground at those novels about High IQ murderers and boozy ‘tecs and Marple-alikes lumbering like Woolly Mammoths, clogging up the scene. 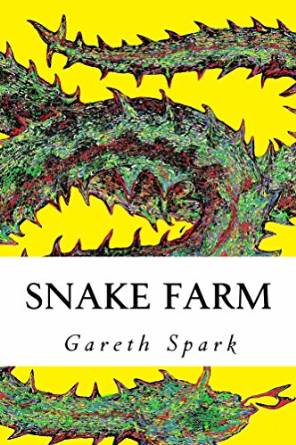 The things I’ve seen inform my writing, I guess. My inspiration comes from an image usually: a crashed car; a girl lost in the snow; a burned-out trailer … The story evolves in explaining how that image came about. The characters are very real for me. I try and write about the place I’m coming from, which is a very poor part of the North East. That ragged rust belt and harsh world is what I am trying to capture and that informs my writing more than anything else does. Many of the stories come about from things I’ve heard over the years. I’ve had a turbulent kind of life.

I write in the morning before heading up to the day job (I work a fork truck in a warehouse) and try to get ten pages of something down everyday. I write the first draft by hand, always. I tell myself it engages the ‘crafting’ part of the brain. Whether that’s true or not, I don’t know, but it works for me.

The crime book I wish I’d written would be Frank Bill’s collection CRIMES IN SOUTHERN INDIANA. It’s a real visceral gut-punch of a book and a series of interconnecting stories that really opened my eyes to what Crime fiction could be … It didn’t all have to be about eccentric amateurs teasing out the murderer at some stately home or gangs of Cockney geezers. I realised crime fiction could be a genuine expression of who you are; of where you come from; and that it could reflect meaningfully upon the world we’ve got.

If you’re a published crime author and want to be featured in the Criminally Good series, then CLICK HERE.