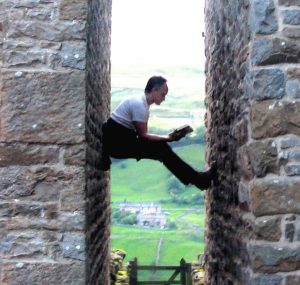 I’m Harry Bingham. I’ve written a lot of things over the years, but am currently writing the thing I’m proudest of: the Fiona Griffiths crime series. The books are technically Cardiff-set police procedurals . . . except that Fiona has very little interest in procedure and sails gaily off-piste at any opportunity. You can find out more about the books here, see a lovely review of the most recent offering here, or actually buy the thing right here.

My hope with the books is to create a character who’s as interesting and complex as the mysteries she solves. Oh yes, and she is in recovery from an astonishing real-life illness called Cotard’s Syndrome – a condition in which patients believe themselves to be dead. (And yes, you did just read that. And yes, I haven’t made it up.)

I’m pretty Trappist on social media, but I am on both Twitter and Facebook. I also run events and courses for writers, and you can find out more about those activities via the Writers’ Workshop and Agent Hunter.

I adore it. I love the rules of the genre, the sense of writing something quite tightly defined – like a haiku or a sonnet – but also with unlimited scope for diversity. I also love the light and shade of crime: the darkness and the humour, the grief and the triumphs.

Most of all, I love writing in Fiona’s voice. She’s like no other character I’ve ever written. She’s maddening, and tough, and vulnerable and funny. And she’s so unpredictable in her responses and actions that all I really have to do is scurry after her with my laptop and catch up with her words, thoughts and deeds. It’s a wonderful job to have!

I honestly don’t know. My two Gods of the Genre are Conan Doyle and Raymond Chandler. Put those two together – the British and the American, the Gothic and the realist, the intellectual and the street-smart – and you have covered pretty much everything that matters in crime writing.

But I do also think that crime writing can be as good a tool for the study of character and emotion as absolutely any other field of writing. So I also love Patricia Highsmith’s combination of classic crime set up and American-existential exploration of character. People like Gillian Flynn and Tana French show that there are still some really amazing writers working in the genre today. And then of course there’s some really astonishing work being shown on TV. Things like The Wire (especially) but also Breaking Bad or The Sopranos show that extraordinary writing – and amazing levels of ambition and scale – are alive and well on the small screen. 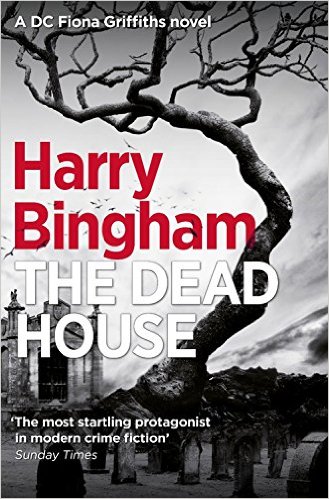 Ha! What makes you think I have a routine? I have four children under the age of three at the moment. (Yes, really: two sets of boy/girl twins, one lot just coming up to three, the other pair just turned one.) Those delightful little critters mean that any writing I do happens in the gaps between everything else. When I can, I just sit out in the garden and write on my laptop. But if all I have is a snatched hour in a coffee shop or on a train, I’ll use that time too. Any writing time is a total pleasure. It doesn’t feel like work at all.

Hmm, that would have to be a duel between Chandler’s Farewell, My Lovely and Highsmith’s Strangers on a Train. (Or Gone Girl? Shucks, I would like to have written that too, or Sharp Objects indeed. Or . . . but no, let’s stick with those two American classics.)

So. Both books back to back. Twelve paces. Turn. Fire. The smoke clears and . . .

I think the book left standing would have to be Farewell, My Lovely, not least because I’ve known and loved that since I was a teenager. I came to Highsmith’s work relatively late, so it just doesn’t have that golden glow for me. Also, though I am personally interested both in non-standard psychology (which draws me to Highsmith) I also care a lot about the quality of my prose (which draws me to Chandler). Of those two pulls, I think the second one is a little stronger, so we’ll go with Philip Marlowe as victor of this particular battlefield.

But can I point out that the question asks about books rather than ‘bodies of work’. I don’t rate the Sherlock Holmes novels all that highly – the short stories are way better – but Conan Doyle versus Chandler? Don’t know. That’s a shootout I couldn’t even bear to watch.