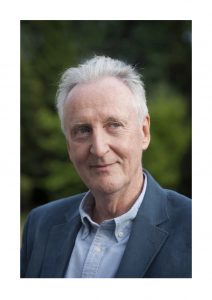 My name is Hugh Fraser. I have written two crime thrillers: Harm and Threat. I am also an actor, best known as Captain Hastings in Agatha Christie’s Poirot. Follow me on Twitter as @realhughfraser.

Because I enjoy reading it myself and also it gives me an opportunity to visit the dark side of human nature and invite the reader to share the excitements of violent conflicts and perhaps consider the implications of crime and what it says about the world we live in. 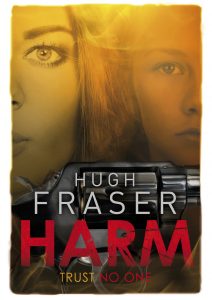 My central character, Rina Walker is a female contract killer who grew up in the slums of Notting Hill during the 1950s. The photographs of Roger Mayne, who documented the street-life of the area during the post-war period, provided the background to her early life. Also, I was very aware of the criminality and racism which then prevailed in the area when I lived there as a student during the 1960s. Real life cases from Notting Hill, like the murder of Kelso Cochrane, and John Christie’s mass killings at 10 Rillington Place also informed my writing. 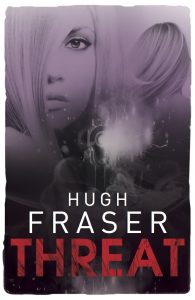 Strangers on a Train by Patricia Highsmith. I love the ease with which the psychotic Bruno lures the innocent Guy into a position where he has to commit a murder and the almost unbearable tension that develops as Bruno’s hold over Guy tightens inexorably. Just when we think Guy cannot possibly escape the grip of this madman, Highsmith performs a masterful plot twist, and justice prevails.