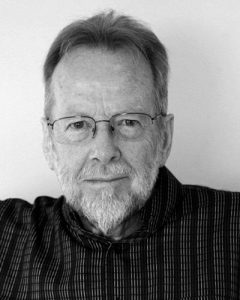 I’m Brian Stoddart and I write a historical crime series set in British India featuring Superintendent Chris Le Fanu. Three out so far and the latest, A Straits Settlement, was long listed for the Ngaio Marsh Award for Best New Zealand Crime 2017. You can find me at MY WEBSITE and on Twitter as well as Facebook.

Modern crime fiction is really about social challenge, and that allows me to talk about the conflicts in colonial India in a way that sees the setting as an actor. Madras now Chennai is where Le Fanu spends most time, and the city is a character that prompts the players into their actions, mistakes, beliefs and activities. That in turn allows me to write about human interaction which is really what crime fiction is essentially

3)    What informs your crime writing?

My background as a researcher into modern India history. So in all the fiction I draw on the “real” history of Madras during the nationalist era. These books allow me to use a detailed knowledge of the archives and the places themselves to tell stories in a different way, and readers have responded well, saying it is like being there. That pleases me no end! 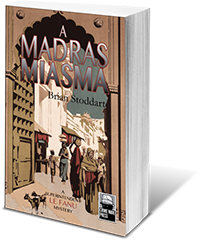 I usually start in the morning and have a goal of at least 2,000 words. That usually takes until around noon or early afternoon. If the “flow” is on then I will get to 4-5,000. I start by re-reading and editing the last chapter, so that gets the rhythm and momentum back. Once finished I will usually go for a bike ride or something.

Neat question. Probably any of Andrea Camilleri’s Inspector Montalbano series. Had I done that, then I would have had a lot of fun, and spent more time in Sicily!