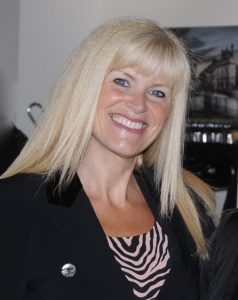 I love the crime fiction genre and it’s enormous range. From being very young it has always been my first reading choice. Beneath the Skin is very much at the ‘domestic noir’ end of the spectrum. It is a slow, thoughtful and nuanced unfurling of secrets, and though it has psychological elements, it’s more character based than plot, so it’s more suspense or mystery than ‘thriller’.

By profession I’m a solicitor. As a trainee I worked mainly in criminal law, representing burglars, car thieves and even one or two murderers!  After that I practiced divorce and matrimonial work, then went on to do professional indemnity, representing professionals such as solicitors and surveyors who’d made a mistake – or not – as the case might be.

All these experiences have influenced my writing as I’m captivated by people and the human condition; 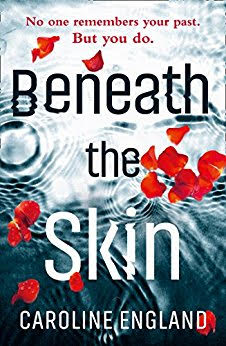 how we’re all different but the same, how we’re all flawed and frail, capable of lies, betrayal, deceit and even worse! It sounds a little biblical, but which of us hasn’t sinned? Whether dealing with crime, divorce or professional negligence, a solicitor is like a counsellor, you’re seeing people naked, effectively; raw, human emotion!

When I left the law, I became a volunteer community mediator, which again was fascinating.  This time I heard not one, but two or more points of view, two or more versions of truth, which is very much what story telling is about.

Beneath the Skin was published on ‘Super Thursday’. As you’ll know, this is the day all the big-gun-top-authors get published, giving them time to vie for the Christmas charts. Alas, a wee debut like Beneath the Skin struggles to keep its head above the waves, so I’ve been spending an inordinate amount of time glued to my study chair, tweeting and posting, messaging and emailing, researching and learning, phoning and begging! I think you get the picture. In short, the past few weeks haven’t been the norm.

Typically I start the day waving my youngest girl off to school, then I head to the study, sit at my desk and fire up the laptop. I delete as many emails as I can get away with and cross off the top things on my to-do list and put them at the bottom (surely that’s progress?)

In recent months it’s been more editing, amending and polishing than creating new sentences. I can’t wait to go back to empty days so I can let my mind wonder with a new novel I began a few months ago. When I do get back there, I’ll read the last chapter, get into the character’s headspace, wear their clothes, eat their food and see where he or she takes me for three or so hours (with plenty of Yorkshire tea). I’ll have an early lunch, then go back to the laptop for another couple of hours until my daughter comes home. Though I’ll try to get back to the writing, more likely than not I’ll get distracted by one of those dreadful ‘Housewives’ programmes my daughter insists on watching!

Death on the Nile or any of the Agatha Christie books. So simply written, yet so complex, intriguing, misleading and surprising.