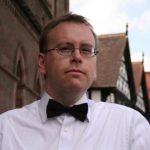 Hi there, I’m Chris Smith. I’m a professional writer – a former local newspaper journalist and editor. I currently work in government communications in Whitehall. After writing short stories as a youngster, I first conceived the idea for my debut crime novel, No More Lonely Nights, at the age of 15. Set in Chester, it’s about Detective Constable Dominic Strider, who, over the course of two manic days, investigates murder, rape, robbery, blackmail, police corruption and threatening letters sent to the local MP. Reeling from a broken marriage and attempts on his life, what a perfect time for him to fall in love with a visiting American journalist!

After about half a dozen drafts and many years of rejection, I finally found a small family-run publishing to launch NMLN. I organised my own book signings in Chester and Ellesmere Port, and made a short film featuring DC Strider, played by myself (as I’m a trained actor and filmmaker).

Unfortunately, the publishers later went out of business, and their books were finally picked up by another company, who offered to reprint NMLN. They did such a great job that I let them publish the follow-up novel Long & Winding Road (L&WR), featuring the same characters. In this second novel, DC Strider investigates a serial killer targeting young women in the city, as well as other murders connected to corruption and modern day slavery.

These two books form a satisfying character arc for Strider so, for the follow-up books, I decided to flash-forward to his earlier cases, and take the opportunity to explore how his marriage broke down and he became the man he is. The first of these books – prefixed Strider Begins – is called Road to Nowhere. This book is fully written and proofread, and I am currently pitching it to literary agents. I’m now planning my fourth, and more beyond that! 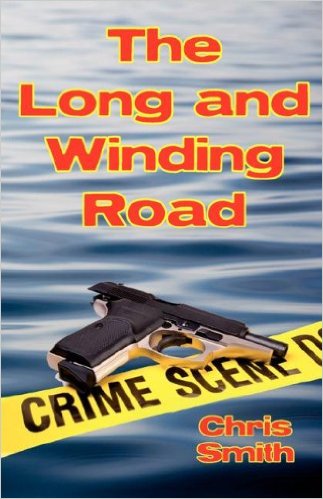 As a reporter, I loved covering the police and courts, and have an avid interest in crime. I am self-taught in psychology, criminology and body language, and am fascinated as to why crimes are committed. From a youngster, I adored mysteries and still do. I’m inspired by The Saint books, as well as the work of RD Wingfield (Jack Frost) and Colin Dexter (Morse). I also have a fascination with puzzles and locked room mysteries – one of my favourite TV shows in Jonathan Creek.

However, while all the above are important components of the Strider novels, the stories are chiefly a character study about an amazing, unusual and sometimes infuriating individual. He’s a white knight, sworn to protect the city he adores, and who loathes crime and criminals with a passion. He uses cunning and manipulation to undermine crooks, chancers and scumbags to bring them to heel and protect the streets. But beneath his bravado lies a broken man, a kind-hearted romantic with a penchant for McCartney songs (hence the titles of the first two novels).

His police partner DI George ‘Slapper’ McKedrick is older, far more course and rough and ready. Together they form a fascinating, squabbling, mutually-dependent pair of best friends. They are truly a Homes and Watson for the modern age. With added laddish humour. I don’t pitch these novels as ‘Inspector Morse meets Men Behaving Badly’ for nothing…. 😀

As discussed above, the Strider novels utilise my background knowledge of police procedure, courts and psychology. They are as authentic as possible; the only unusual detail being that Strider is also clairaudient – ie he hears the voices of spirits. This doesn’t make him psychic, nor does it mean he is ever given the ready-made answers by the ‘other side’. But they do provide him with hints and tips from time to time, helping guide him towards the truth, although he always has to use his brain to find, recognise and piece together the clues to solve the puzzles. My personal strong interest in the paranormal informs this part of the novels. 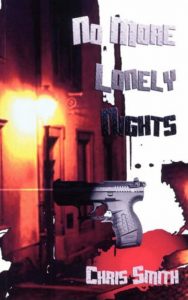 I start any new book – or film script for that matter – with an A4 lined notebook. I set out the chapters one by one, stating what will happen in each one. Then I reach for a folder I have full of scraps of paper, on which are written hundreds of plot ideas, jokes, one-liners, great descriptions I’ve heard or thought of previously, and I tape all those which are appropriate to the story next to the relevant chapters. It makes the notebook look messy but ensures that all those great little ideas, jokes, descriptions etc never get wasted.

I then sit down and write, opening my subconscious and letting the inspiration flow. I go like mad till the end of the chapter, and only then do I pause for breath and go back and spell-check, proofread, check for mistakes and plot holes, etc. I tend to write one chapter a night for most nights till it’s done. Spellcheck it only when the chapter is done.

Give it a rest for about a week or so, then go back and proofread (I am a professional proofreader at work, so this is the easy bit and very enjoyable). It’s guaranteed there will be mistakes which I haven’t spotted the first time round, as every author gets word blindness from staring at their work for too long. That’s why the gap of at least a week is vital to ensuring a full and dispassionate proofread!

It would have to be the Jack Frost books, Touch of Frost is the best; or The Murders of Richard 3rd by Elizabeth Peters, a great whodunnit mixed with fascinating real-life historical detection work about whether Richard was framed for the murder of the Princes in the Tower (he was framed!).