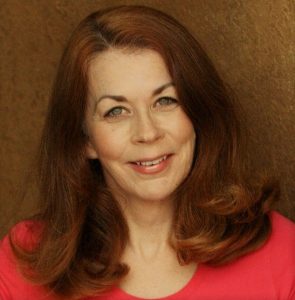 I’m also a former reporter for the Associated Press and Miami Herald and worked as a correspondent in Latin America writing for major media outlets including Time, Business Week, Financial Times, the Houston Chronicle and The New York Times. I additionally co-authored Peace in the Hood: Working with Gang Members to End the Violence, a groundbreaking book on gang intervention (Turner Publishing, 2014). For more information, see my website, plus you can follow me on Twitter as @ChristinaHoag and/or friend me on Goodreads HERE.

I love delving into the seamy side of life and what drives people in that world, which is very different than mine! My characters do things that I never would so maybe that’s why I like writing them. I’m fascinated with the psychology behind the criminal mind and how people get to be that way, the risks they take. Other than that, crime makes great drama and conflict, the basis of any novel. 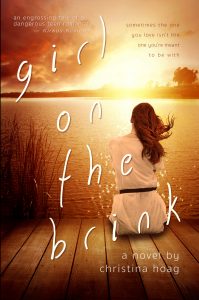 Working as a journalist for many years has deeply influenced my fiction. As a reporter, you have an entrée into many subcultures, slices of life and people that normally you would not have access to. That’s how I was inspired to write Skin of Tattoos, which is set L.A.’s gang underworld. I wrote a magazine story on gang members deported to El Salvador and that formed the genesis for the novel. I later did a lot more research and interviews, but that was the seed of it. I’m also a big fan of psychology and figuring out what makes people tick, hearing about their childhoods and so on. That has a major influence on how I build character. I also love travel and I’ve travelled all over the world and lived in numerous countries so I like incorporating some type of international element in mywork.

I’m a morning writer. I get up early, have my coffee and check the news and then sit down and write until I feel my brain turning squishy, usually early afternoon. Then I get some exercise and try to do some marketing and social media work. It’s amazing how much time that stuff consumes!

I love crime fiction that delves into the world of the criminal and reveals the inner workings of crime. I love Queen of the South by Spanish author Arturo Perez Reverte, who tells the story of a Mexican woman who becomes head of a narcotrafficking cartel in Spain. I just couldn’t put it down. Man, do I wish I could write something like that!