1) Who are you, and what have you written? 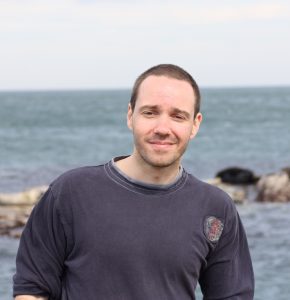 Well, I’ve been writing seriously for about a decade now, across quite a range of genres.  That includes fantasy – The Tales of Easie Damask trilogy and my ongoing series The Black River Chronicles; a science-fiction novella from Tor.com, Patchwerk; and horror, with my first short story collection The Sign in the Moonlight and Other Stories.

As well as novels, I’ve dabbled in comics, co-written an award-winning short film, and produced around a hundred short stories, which have appeared in markets such as Clarkesworld, Lightspeed, Beneath Ceaseless Skies and Alfred Hitchcock Mystery Magazine.

Having worked all over the UK for a number of years as an IT contractor, I began writing full time about five years ago, something I’d been dreaming of doing pretty much since my university days, and moved back to Yorkshire, where I grew up.  That experience of returning to the north of England and buying a house and trying to settle in was a big ingredient of what would become my imminent crime debut, The Bad Neighbour.

Having written just about every type of genre fiction, crime is actually a little bit new to me, though I’d argue that it’s been a thread that runs through a lot of my previous work. After all, my debut novel Giant Thief was about a thief that steals a giant (and also a giant who inadvertently becomes a thief!)  But to answer the question, I suppose I write crime because it’s one of my favourite genres, just as I held off from writing it for a long time because it’s the one I’m somewhat in awe of.  Good crime fiction is keyed into the texture and reality of our lives in a way that most other genres can’t touch, and the challenge of that was intimidating: could I write a book that felt true to life, and still tell the kind of fun, exciting story I enjoy telling?  But it so happened that I came to a point where there was a concept I knew I couldn’t afford to waste, and once the pieces began to slip into place, it finally felt like the time was right to make that leap. 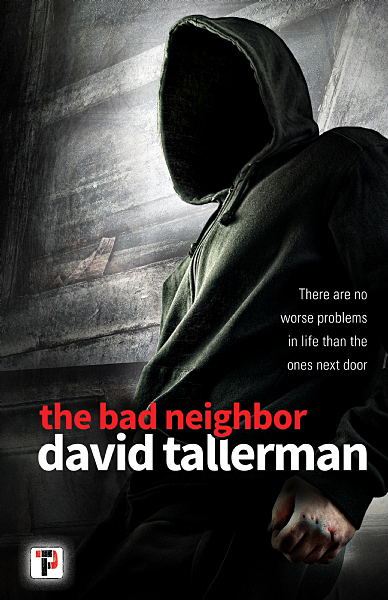 To some extent, writing crime was a logical extension of the other genres I’ve worked in.  For The Bad Neighbour, the basic techniques of constructing a plot and creating characters and keeping the action moving scene by scene was pretty much the same as with, say, a fantasy novel.  What differences there were came down to the fact that, for the first time, I was drawing significantly on personal experiences and that I was using a real world setting that was close to my own.  The starting points for The Bad Neighbour definitely came from my own experiences, in particular the period when I first bought my home in the Leeds area and moved back to the north.  Even when I wasn’t lifting directly from things that had happened to  me – protagonist Ollie Clay’s house-hunting horror stories are a lot like my house-hunting horror stories! – I found that I was incorporating far more detail from real life than I’m used to.  This was the first book I’ve written, for example, where I found myself poring over Google maps at great length, trying to ensure that the details of car journeys made sense.

When I made the transition to writing full time, I figured I’d do best to stick with what I knew, so I basically work normal office hours: I get up, have breakfast, and then work through to late afternoon, with a break in the morning and another for lunch. But because there’s no confining all the work of full-time writing to office hours, I tend to pick up again most nights to get through all the little side jobs: blogging, e-mails, submitting short stories and such.

I don’t know that I wish I’d written it, since then I’d never have had the pleasure of coming to it as a new reader, but Geoffrey Household’s classic Rogue Male is definitely the book that set me on the course of wanting to one day write crime novels and thrillers.  It blew my mind when I first read it, over two decades ago, and it’s lost none of its power since.  There are no end of aspects to admire, but for now I’ll just mention Household’s genius for hiding his themes and plot developments in plain sight and the way that the action corkscrews down from continent-spanning to the space of a few metres over the course of the book, as though its protagonist is being sucked towards the heart of a maze.  Rogue Male was the book that first taught me that thrillers can be utterly exciting and still be smart and complex and tackle meaningful topics, which was very much my goal with The Bad Neighbour.