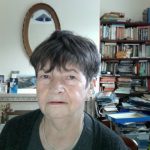 I’m Gillian Brightmore, a fiction writer with a leaning toward screenplays. I have published a number of short stories in magazines and anthologies but namely, The Woman Who Loved Cucumbers (Honno Modern Fiction: title story – 2002). My crime noir is out on Kindle, Blood On Butetown. I hope at some point to convert to a screen drama.

I write crime fiction as a way of exploring the society we find ourselves in. I’m also interested in the psychological motivation behind criminal behaviour, especially of crimes against women.

The book is set in Cardiff Dockland of late 1980’s ( previously known as Tiger Bay ) among an ethnically diverse and vibrant community. This was a time when the gay scene in the town was very much under the radar and many gay people migrated to the night life of the docks. 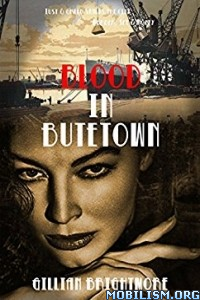 The ‘inspiration’ ( but not the theme) was the real life savage murder of a young sex worker, Lynette White and the botched police investigation that followed it.

The book that motivated me was Patricia Highsmith’s This Sweet Sickness where the action, which is film-like is seen primarily through the eyes of the criminal as follows a mistaken romantic obsession leading him to murder.

I have no particular routine (wish I did!) but I do research and character outlines first, then sketch in the storyline.

The book I wish I’d written would be Sleeping Cruelty by Linda La Plante (2000 ).I think it is a masterly exploration of money, power, seduction and evil. I was once so enthralled listening to the audio-book version I miss my turning off the M4!