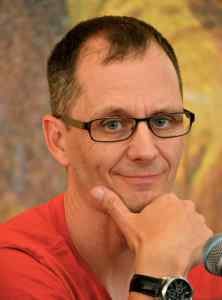 My name is James Carol, and I’m the creator of the Jefferson Winter novels. Winter is a former FBI profiler who now spends his days travelling the world hunting serial killers. The twist here is that his father was a serial killer, something that gives him a unique perspective when it comes to his work. Three full-length novels have already been published: BROKEN DOLLS, WATCH ME and PREY. The good news is that because each one is basically a standalone, you don’t need to read them in order. In addition, there is a series of novellas covering Winter’s FBI career.  OPEN YOUR EYES, the third instalment, came out at the start of October. 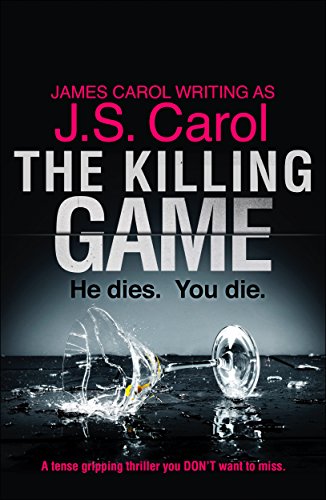 I also write standalone thrillers under the name J.S. Carol. THE KILLING GAME, the first of these, kicks off with a bomber bursting into an exclusive Hollywood restaurant and taking everyone hostage. Over the next three and a half hours the hostages are forced into a nightmare situation where the only thing that matters is staying alive. The initial reviews have been absolutely amazing, and I can’t wait for readers to get their hands on this one.

If you want to know more about my books, check out my website www.james-carol.com.

I would have loved to have been a horror writer. Unfortunately, unless you’re Stephen King, it’s difficult to pull that one off these days. As far as I’m concerned writing psychological thrillers is the next best thing. You have your monsters, and you have your hero working to ward off the forces of darkness. The difference is that you need to ground the whole thing in the real world, which actually works to my advantage since it makes for a much scarier story. I guess when you get down to it, I’m just looking for new and imaginative ways to terrorise my readers. 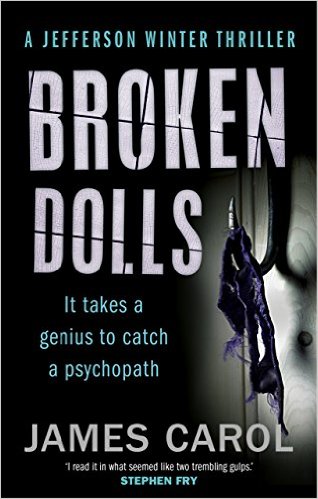 All my books start with a ‘what if…?’. The fun part for me is chasing that down to its ultimate conclusion. It’s like trying to solve a puzzle. In that respect I’m similar to Winter. Basically, he treats his cases like puzzles, chasing the clues until he hits the solution. I’m also fascinated by the psychology behind serial murders. What makes people do these horrendous acts? Again, that’s something I have in common with Winter.

I start at about eight and edit my previous day’s work while I’m having breakfast and helping to get the kids ready for school. Between nine and one is when I get the actual writing done. I’m aiming for 1,500 words, but most days I hit 2,000. After lunch, I break free from the computer and go do life stuff. That said, I’m still thinking about the book; working through plot problems, that sort of thing. For some reason, most of the lightning bolt moments happen at two in the morning, which really plays havoc with my sleep!

That’s got to be Silence Of The Lambs. Thomas Harris writes so beautifully – I only wish that he’d write more. With Silence Of The Lambs everything  just came together. It’s a fantastic story, and in Hannibal Lecter you have one of the most incredible characters ever created. Doing something new in crime is tough, but not only did he do that, with this book he single-handedly defined a new genre. Every psychological thriller written since owes a huge debt of gratitude to Thomas Harris.