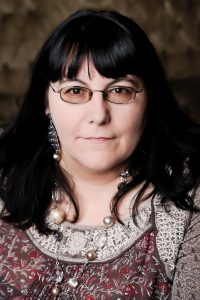 I’ve written about thirty novels all together, under a variety of pen-names, though only recently moved into psychological thrillers as Jane Holland. My first thriller, Girl Number One, hit the #1 spot in the UK Kindle store in December 2015, and my second thriller, Lock The Door, has just been released on January 10th. Lock the Door is a tense baby abduction story with a twist, described by crime writing critic, Andy Martin, as ‘Scary as hell.’ Find me on Twitter as @janeholland1.

Crime fiction is a genre that can stretch to fit all sorts of interesting elements and themes, which makes it fun and liberating to write. It also happens to sell rather well.

I tend to start with a ‘what if?’ situation, and then decide which characters could be associated with that situationfor the greatest impact. For instance, in Lock The Door, a baby boy is abducted. But what if this particular baby boy is suffering from a serious disorder that requires constant care and medication, meaning his life is in danger from the first minute he goes missing? Chilling stuff! 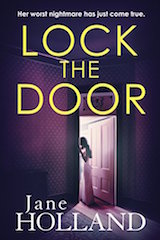 I’m easily bored so don’t have a set routine, except to ensure that I get my daily word count done. That’s a minimum of 1000 words, sometimes 2000. I mostly go out to write in a cafe, as I get sidetracked at home, but sometimes I sit up in bed to write, and out in my garden if it’s warm. I do have a desk but tend to reserve it for moments of desperation.I listen to music on headphones while I write, to block out external noise, and almost always write straight onto my laptop. I am too impatient to do multiple drafts so try to get everything final draft quality first time, and leave story edits to other people (i.e. my agent or editor) to suggest.

Any Jack Reacher story by Lee Child, but perhaps A Wanted Man in particular. The opening is striking, and marvellously intriguing, and Child keeps you guessing all the way to the final scenes, with this wonderful crescendo style of writing, nothing too showy, always building to some unseen conclusion, and involving some well-rounded, memorable characters on its way. Plus, the finale is breathtaking both in its violence and its simplicity. Great book!