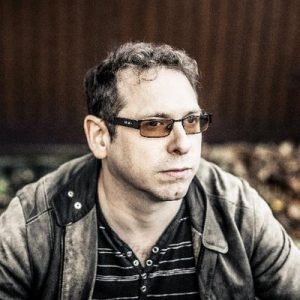 Bankers Town, my debut, was published in 2014. It’s a tragi-comic tale of the world of the City up to and beyond the 2008 crash.

That was followed a year later by The Art of Staying Dead, a conspiracy/action thriller whose central character, Sam Williams, is a human rights lawyer floundering at the dead end of his career. Sam sees an opportunity to make some headlines with a visit to a high security prison, but the bloody riot he witnesses there is just the start of a journey that takes him to places he wouldn’t have dreamed of in his worst nightmare.

And of course there’s Dead North, published yesterday, which reboots that same character, Sam Williams – it’s the first of a new trilogy starring him, with no need to have read the earlier novel. Dead North takes Sam from his native London to Manchester, and then to the hills and moors of Bowland, helping an old friend try to unearth the mystery behind the cold-blooded murder of two police officers on a remote country lane. It’s part police procedural, part exploration of motive, of what makes normal people do the apparently abnormal, of what makes us tick.

I’ve also published stories in anthologies, as well as three novellas, Caged, Victims (a Sam Williams prequel, available for free through my website HERE and Brexecution, a black comic thriller written and published within eight days of the 2016 Brexit referendum, and imagining dark conspiracy behind every bland soundbite.

Because writing about it’s safer than committing it!

But seriously – because I love the “what-if”s that it presents you with. I’ve always been someone who looked for the loophole, the trick, the scam – not that I ever wanted to do them, you understand, but rather out of intellectual curiosity. In my days in the City I used to run billion dollar deals and it was impossible not to wonder what would happen if this went astray or that never quite made it where it was supposed to. Crime fiction gives me the opportunity to explore things from both ends.

On the one hand, I can take a situation that exists in real, everyday life, and conjure up an event to snatch that ordinariness away in an instant. On the other, I can imagine unusual circumstances – the kind of daydream we all have (in the case of The Art of Staying Dead it was “just say you saw a man escaping from a prison, informed the authorities, and they insisted you were mistaken”). And then I can try to get them to meet in the middle.

There are other genres I’d write in, and am keen to explore, but for the moment, crime gives me the human element, the exploration of motive and the interaction of memory and desire, as well as the joy of flexing my writing muscles and some wonderful opportunities for plot development. 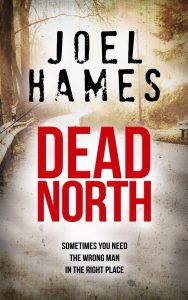 Initially, with Bankers Town, it was all about the world I knew, the world of finance, and the possibilities, where unimaginably vast sums are moving around, of shaving something off those sums without anyone noticing. After I’d written that book and moved onto the next, it occurred to me that the common theme was something of an ‘everyman’ one – a normal person, someone you’d see on the street and consider perfectly run-of-the-mill, your brother, your wife, yourself – thrust into abnormal situations. On that basis, each situation is unique, and whilst I research everything I need to in painstaking detail, prior knowledge isn’t really necessary.

For Dead North I needed to know the geography of East Lancashire well, and study the Police and Criminal Evidence Act, which took me back to my old days as a lawyer, as well as spending hours in conversation with a number of serving police officers; for the book that will follow it I’ve delved back into my memories of renaissance literature; for my work-in-progress I’m learning all I can about blockchain and hi-tech identity theft.

Two-three months outlining and researching my plot, until I have a twenty-thirty page breakdown of what happens at every stage of the book, as well as separate tabs outlining character development, themes that need to be explored, and anything else that comes to mind. This involves sitting alone at home or in a bar or at some venue where I’m waiting for my daughters to complete whatever activity they’re doing, and hoping to be struck by inspiration. It’s surprising how often that happens.

Then four-five months writing, which should really take half that but is invariably sidetracked by a fundamental change to a major plot point at least once a week. This involves sitting in the home office I share with my wife and trying not to distract or be distracted while we both get on with it.

Then a couple of months editing, which includes feedback from trusted beta readers and inevitable significant changes to the book. This involves smiling grimly as I delete paragraphs of deathless prose and banging my head repeatedly against a wall as I try to figure out what to replace them with.

4:50 From Paddington. I love many modern crime classics, Kate Atkinson’s in particular, but Christie’s ability to unwind a complex plot at just the right pace is unrivalled, and for me, this Miss Marple mystery is her crowning achievement.