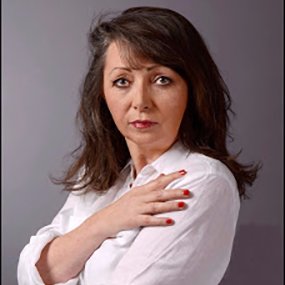 I’m a writer. I usually pause after that. Sometimes I add ‘and a journalist’. Sometimes I don’t. Tends to depend on how confident I’m feeling on any given day. But I’ve been writing books for ten years. Very sloooooowly. (I also do occasional journalism and strategic communications work.) My website is wwww.judithoreilly.com (or on twitter  at @judithoreilly). And my latest book which comes out as an ebook 6th November and in paperback 15th March, is called Killing State.

It’s a departure for me. A political thriller with lots of action adventure. My other two books Wife in the North and A Year of Doing Good were both classed as memoirs. Wife in the North (was based on my blog at the time www.wifeinthenorth.com) and was about moving from London to Northumberland and being a wife and mother and bereavement and starting life over. My other non-fiction book, called A Year of Doing Good, involved me doing a good deed a day for a year and was an exploration of goodness. Doing all those good deeds did not make me a better person, by the way. In case you were wondering.

I didn’t want to keep writing about my life. I tried writing fiction straight after my memoir, Wife in the North, but it simply wasn’t good enough. I was naiive. Because I’d always been a reader, and because I’d already written non-fiction, I thought I could just sit down and knock out a great novel. It didn’t work. Then I had the idea for the second non-fiction book, and put the novel to one side. Luckily for everyone concerned, I have to say.

When I thought about writing fiction again, I did it differently. This time, I invested time and energy in learning the craft. I decided I wanted to write something with more plot. (I can’t write ‘literary’ fiction.) But I love politics and I’d always loved thrillers. Plus I’m interested in morality and mortality and all of that has fed into my own thriller with good guys and bad guys and imminent death round every corner. 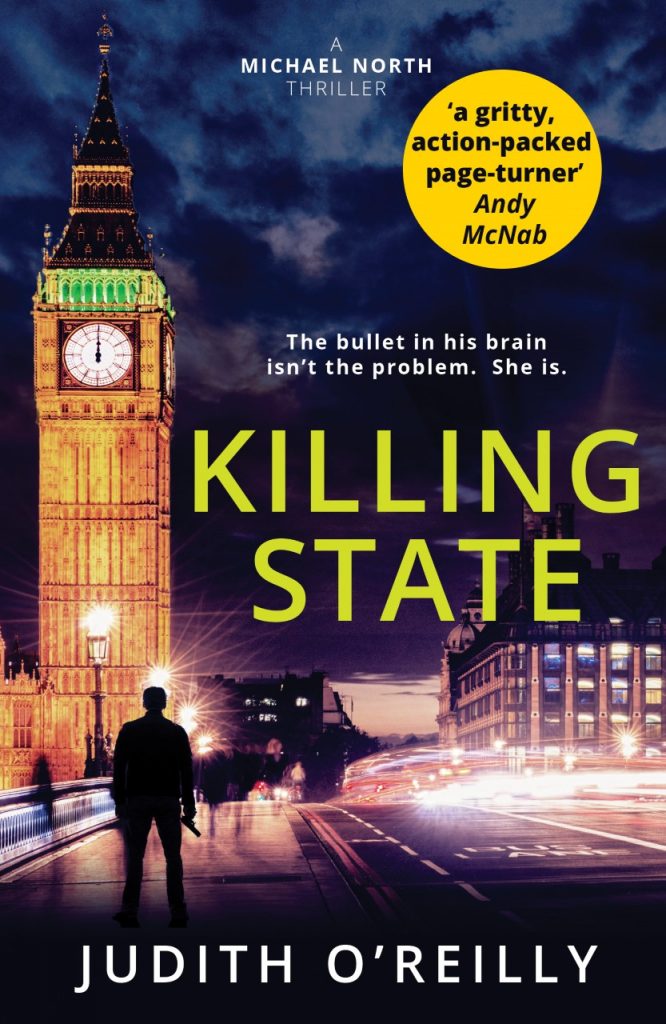 Having been a national journalist (working for The Sunday Times, Newsnight and Channel 4 News), I keep up with the news and there’s flicks of past news stories in Killing State. I’ve a scene in the book where a woman is vulnerable to knife attack in an East End park. Although I didn’t realise when I was writing it, in retrospect, that scene was probably triggered by the terrible death of a US artist murdered in an East End park when I was living in London.

My hero is an extra-governmental assassin who works for a mysterious agency called The Board and he and his colleagues ‘take out’ bad guys who can’t be brought to justice any other way. Sometimes those deaths are apparent accidents or can be explained away medically. Sometimes they are the kind of deaths which journalists investigate for years but never come up with a proper explanation for.

Another key theme is what happens when women won’t be told what to do. When they won’t behave as they’re expected to. Won’t do as advised. Won’t do what men tell them to. My hero is a man, but I have a lot of powerful women characters who are strong and dynamic and do what they think they have to do, regardless of the consequences. They refuse to play it safe. I guess I’m pretty stroppy these days. I only wish I’d been stroppier when I was younger.

I have a black miniature poodle called Joey, who is a recent addition to the family. My 11-year-old daughter waged a war of attrition over a great many years to get a dog, and finally won. Once my three kids leave for school around eight, I run a comb through my hair to make myself look respectable, slap on some lippy, think Bleeding Hell I look old, and take the dog for a walk along the Durham riverbank. Part of the dog walking involves coffee with a mate who also works at home. My mate designed my cover and promotional artwork, and also set up my website (she is basically a genius), so occasionally we justify the coffees by tweaking something like adding the Andy McNab blurb to the front.

When I get back, I move the dog basket under my desk and start hammering away at the keyboard. I’m focused so aside from drinking an unbelievable amount of tea, I stick at my desk till the kids come in. Once I’m through that, I try and work for a couple more hours till I break for dinner. I try not to go back to my desk in the evening if I can avoid it. I used to work in the evenings, but these days it doesn’t do it for me. I will confess though, that I do work seven days a week. Not all day Saturday and Sunday, but part of both. It’s an extremely bad habit. I partly blame working at home. It’s just playing catch up for the mornings I have to take elderly parents to hospital or gets distracted by something domestic during the week.

I try to tamp down envy of other writers, because you have to accept you do what you do and they are who they are. I’m a big admirer of James Patterson and Lee Child. I’ve just found John Connolly and love his Charlie Parker. Howard Linskey is a Durham writer with a nice way with him. When the Robert Galbraith novels came out I immediately adored Cormoran Strike. But probably if I had to pick one, it would be Raymond Chandler’s Philip Marlowe books. I love the style and the wit and if I had to chose a favourite with a gun held to my temple, then it would be The Big Sleep. Sleek, witty, evocative and gripping.