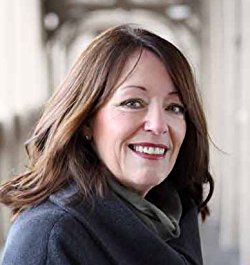 My name is Mari Hannah. I’m a Northumberland based author/screenwriter, published by Pan Macmillan, best known for my Kate Daniels series of police procedurals – now five books in.

My debut The Murder Wall won the Polari First Book Prize and my second book Settled Blood won a Northern Writers’ Award. Both were adapted from my own screenplays. In 2014, I was shortlisted for the CWA Dagger in the Library and I’m currently the reader-in-residence for Theakstons Old Peculier Crime Writing Festival. My Kate Daniels crime series is in development with Stephen Fry’s production company, Sprout Pictures. Gallows Drop is the next in that series and will be published on 17th November 2016.

My latest novel – The Silent Room – is a standalone conspiracy thriller introducing Special Branch Detective Sergeant Matthew Ryan. This one is out now in hardback and e-book; the paperback is published TODAY, 6th October 2016!

I can be found at marihannah.com or on Twitter at @mariwriter. 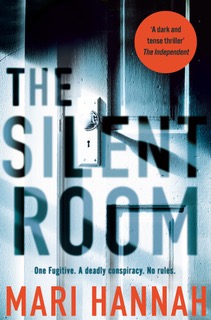 I like puzzles. Solving them is the way I relax and crime fiction is what I love to read. Plotting a new book is what really fires my jets.

I’m a former probation officer with a background is in law, psychology and sociology. It was my job to get inside the heads of criminals. I’ve prosecuted offenders for non-compliance and supervised them across the whole spectrum of offences, anything from theft to drug dealing, rape and murder, both in and out of prison. I’ve also lectured to Northumbria CID on my work with sex offenders.

My partner is a former DI on a Murder Investigation Team with thirty years of policing under her belt. Between us we have a wealth of experience. I’m the writer, she’s the consultant. From brainstorming ideas to checking authenticity through to the final proofread, it’s a productive and satisfying collaboration. 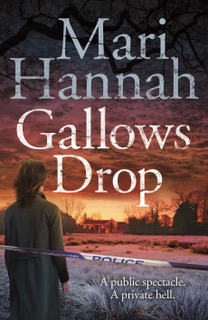 When I’m writing, I’m very disciplined. It consumes me. I work for too long and don’t take enough time off. I’m up and at it from first thing in the morning and find it hard to stop. Given that I have to produce a book every year, and edit one, I’ve come to realise that I must section off three or four months (January through April) to get the words down. There are just too many festivals and events in the summer to get any meaningful writing done. I tend to plan, research and hunt for locations between appearances. In my head, I’m always working.

The Black Echo by Michael Connelly. It was the book that got me into crime fiction.