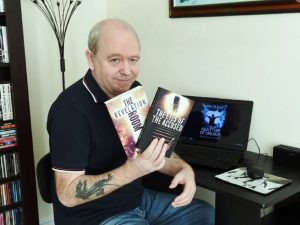 My name is Mark Tilbury. I grew up in a small town in Oxfordshire, but moved to Cumbria in 2015. To date, I’ve written three books, the last of which, The Abattoir of Dreams, was published by Bloodhound Books at the end of February. I’m pleased to say that it made the top ten psychological thrillers in the Hot New Releases chart, and has been really well-received. It was an extremely difficult subject to write about as it involved abuse in a children’s home, but I’m really glad I wrote it because it was something I wanted to say. It absolutely sickens me to the core how some of those people entrusted to look after children abuse their power and get away with it time and again.

My first two books, The Revelation Room and The Eyes of the Accused, are completely different. They are about a young man who is thrown into the murky world of private investigating after his PI father is captured and almost killed by a cult. Book one is the story of how this happened, and book two is the continuation of the series with Ben’s father now crippled and unable to work in the field.

Ben and Maddie are not your typical sleuths. I wanted to try to create something of an anti-hero. A shy, insecure young man completely out of his depth, aided by his friend Maddie who he is secretly in love with. Both books were initially self-published, but have been withdrawn ready for republication by Bloodhound Books in June and August respectively. I have also been contracted to write a third book in the series which I’ve just started working on. 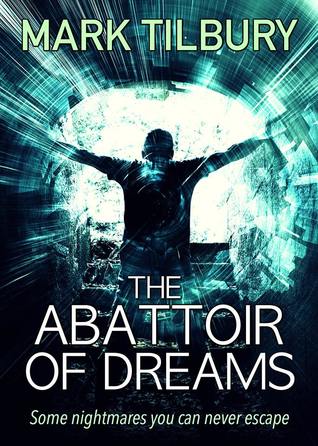 It’s a great vehicle for me to examine the darker side of humanity. I love observing people and putting them under the microscope. Seeing what makes them tick. Exploring why some individuals are capable of committing terrible inhuman acts. I like to go deep into the mind of the antagonist, and then pit them against a protagonist who seemingly has little chance of defeating them.

Mostly it’s my interest in psychology, but I’m rarely influenced by anything in particular. The ideas generally come from nowhere. The idea for The Abattoir of Dreams came from the remnants of a dream I had about a guy in a log cabin in the middle of the woods with no idea of how he got there. Then I started wondering why he couldn’t remember anything and, more importantly, what it was he couldn’t remember. The finished story had no log cabin in the woods, but it certainly gave me a starting point. I didn’t know it would turn out to be quite as traumatic as it did, particularly dealing with the protagonist’s abuse in a children’s home and his dreadful childhood, but I’m glad I wrote it and I’m extremely proud of it.

I usually write down ideas and expand on them in the morning. Then I try to write 2000 words in the afternoon when I’m working on a novel, but don’t beat myself up if I can’t.

It might be an odd one, because Stephen King is not especially known for crime books, but Dolores Claiborne has got the lot for me. It’s so cleverly written, and narrated in the first person so as it reads like a transcript from a police interview. Dolores has been arrested for murdering her wealthy employer who she has looked after for thirty years. The story deals with Dolores’ life, including the murder of her husband, right up to the present and what really happened to the old lady. A true masterpiece.