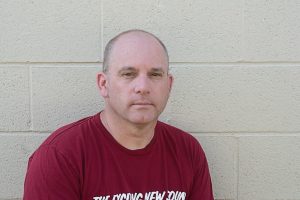 My writing career began in the late nineties, with freelance submissions in the realm of automobile journalism. I grew up drooling over issues of Car & Driver, Road & Track, and most of the specialty products from the likes of Hot Rod. I had this idea that writing about cars could actually get me cars. It does, if you count press cars, though there’s always the catch behind them, as in the positive has to outweigh the negative by a considerable margin, if you want the next press car. I was starting to feel more like a shill than an intrepid journalist, never a good feeling to have. It was a fun way to make tens of dollars, and I did earn a few awards for my writing and photography. The only things that interest me these days in the world of car are the motoring weird, or the cars that nobody wants. With self-driving Teslas killing their owners, and General Motors proudly showing pictures of production cars without steering wheels, I have a feeling that what I loved about the world of car is fast disappearing. What better time to switch careers.

Well, I’m not entirely sure that I am a crime fiction writer, not yet anyways. I’m more interested in the story first, murder and gun-play second. I believe that my next few novels will have a crime component, though I’m not saying that this is the only thing I’m interested in exploring on my keyboard. My second novel, which I’ve just completed, has plenty of criminal activity going on, from white-collar to outright murder. There’s also death-by-oops, and a strong paranormal character. Is that crime fiction? Maybe. My ultimate goal is simple: write more, work at soul-sucking day jobs less. 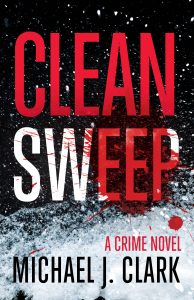 I’m a big fan of anything conspiracy-laden. One of my English papers in high school was on the JFK assassination, with plenty of my own whacked-out ideas on the subject. (This was pre-Oliver Stone JFK.) Clean Sweep digs into some very dark times in Canadian medical history, evolving into one of my favorite recurring thoughts: what if all those creepy shenanigans are still going on? My second novel was inspired by the grainy newsprint picture of a car being towed out of the river in my hometown of Winnipeg. It was an apparent suicide, with the driver handcuffed to the steering wheel. When you think about it, the driver may have had a little help.

In a word, evolving. I don’t mind the background noise, the interruptions, the time of day, even the inevitable screwing around that I end up indulging in. Of particular note is the loss of what I have decided to call ‘Page Count Anxiety’, or PCA. (There’s probably a drug in development for it as I write, that its not for everyone, blah-blah-blah…) I used to set page count goals. These days, I just put my fingers on the keyboard, pop the clutch, and see what happens. I’ve had some impressive spurts, some days in the mid-twenties. Here’s the scary part: I don’t think I’ve maxed out yet. I hope I’m right about that, and that the quality goes along with it.

5) Which crime book do you wish you had written?

It’s not so much a book. It’s more of a time. The glory days of pulp, the flurry of scripts for the likes of Roger Corman and American International. So much smoke in the air that you’d swear it was the cure for cancer. A time when there was plenty of room in our lives to craft. I guess what I really want is a time machine. And my old flip phone.